The Sebastiano Esposito deal falls through because his work permit isn’t arranged by the time the transfer window closes. A strange one as I saw the teenager as a signing for the summer (his loan agreement would keep him at SPAL until then), but c’est la vie, as the French say. We lose no first team players, though Nicolas Pepe is on a number of radars and Sead Kolasinac – who I wouldn’t mind losing – is winning admiring glances from Chinese clubs. Bayern and Barca want Bellerin. They can carry on wanting. 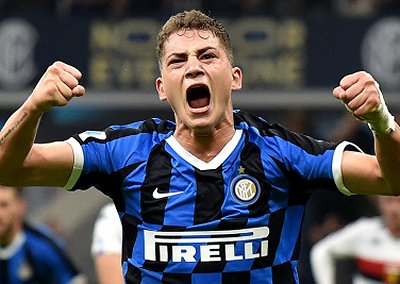 We’re straight into the new month with a home tie against West Bromwich Albion. Never higher in the table than sixteenth, this one’s seen as a routine affair and to make it even easier Ivan Strinic gets himself sent off for a horror movie tackle on Pepe. Now on Easy Street and more than capable of dealing with Robson-Kanu, we stroll out 2-0 winners after goals from Demiral and a Cook screamer struck from outside the box. It could have been more emphatic, but the points are what count.

A few days later and we’re entertaining Chelsea. This lot beat us earlier in the campaign and we’re keen to get revenge. It looks like it’s all going to plan too, when Pepe gives us a first half lead. Auba has one disallowed, but that’s okay. We’ve spent the first half blowing the visitors away, the fact we’re only one to the good whilst our tails are up registering as a minor concern. Then it all goes wrong in a ten-minute blitz as Werner, Lozano and Ziyech all put shots beyond Leno. Each time we’re caught out on the flanks, Tierney and Maitland-Niles collapsing defensively against the attacking virtues of Ziyech, Pulisic and their mates. Shell-shocked after believing we had the match in the bag and I’d been busy resting tired legs for future challenges, we pull one back via Willian, but it’s done. We’ve lost at home. What a crushing feeling.

United and Liverpool both win and we’re back in our traditional berth of third. I’d have gleefully taken that position had I been offered it at the start of the campaign, but now I want more. Newcastle are next in the cup. No such mistakes this time, as we restrict the Geordies to one shot while Nelson and a Lacazette hat-trick put us out of sight. This is more like it, though in reality I appreciate we’ve simply bullied a weaker opponent and worked some frustration out of our system. In reaching the quarter-final I have met a club vision, and that’s good because the draw pits us against Manchester United. The fun could end here. 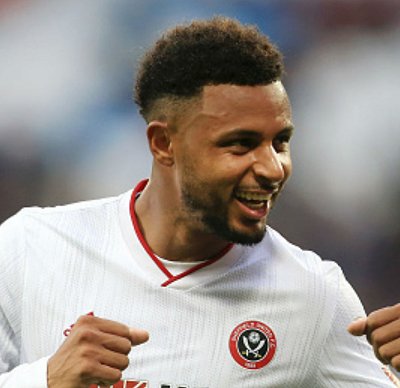 City lose the Manchester derby at home to United and Uncle Pep is sacked. We have Sheffield United, quite a different challenge to Chelsea as the Blades are rooted to the table’s foot, having accumulated sixteen measly points. By now we are in a two-games-per-week cycle. I’m rotating my players each time. At Bramall Lane Cook starts, after serving his FA Cup suspension. Partey drops to the bench – he more or less crawled off the pitch at the end of the last match. We struggle to cope with the pace of Lys Mousset. He gets two for the home team, both inspired by incisive breakaways. But we score six – Auba, the Ox, an own goal and a Pepe hat-trick. The latter’s list of suitors grows as Real Madrid joins the gaggle of top clubs fluttering their eyelashes at him. I can’t say I blame them. He’s playing out of his skin and he has eclipsed Willian as our preferred right sided attacking midfielder.

Back to the Europa League and a tie that propels us to Mother Russia and FC Krasnodar. Despite knowing little about the opposition there’s little I can do but rotate the personnel again. I’m a hostage to that stinking heart icon… In any event, it quickly becomes apparent that there’s little to fear. All the action happens in the first half. Saka and Lacazette score the goals in a 2-0 win. Two more strikes are disallowed due to narrow offside decisions. Resolute second stringers like Cook and Wilshere both feature here, and they play well. The former’s booking rules him out of the home leg and also lands him with the fine of a week’s wages. That’s forty-nine grand he won’t see again.

No sooner are we back in Blighty than we’re preparing for Burnley’s visit. The relegation contenders are under pressure and I’m forced to defend Sean Dyche when I’m asked if he should be sacked. Solidarity with a fellow manager, and all that. I might support him in public, but on the pitch we have to put his team to the sword and we do with a very fine 3-0 victory. Another Pepe double and a superb solo effort from Oxlade-Chamberlain cause the damage as the visitors barely feature in our half. The only downside is a calf injury to Chambers, which will rob us of his services for up to a month.

With Liverpool on the horizon, we first have to get our European League tie with Krasnodar out of the way. I’ll be happy if we get through this unscathed and safely through to the next round. The latter wish comes true. It takes us until the second half to turn our dominance into goals, however strikes from Xhaka and Lacazette see us over the line. Dani Ceballos is removed halfway through the first half with a knock, something relatively superficial that will make him unpickable for the Carabao Cup final but quickly recoverable. In the last sixteen we’ll be up against Leicester.

The key moment in the League Cup final comes when Fabinho is dismissed late in the first half for a second booking. It’s 0-0 at this stage, a bad-tempered and thrill-free occasion when the referee’s card waving hand has had a lot of work to do. I’m persuaded to switch from being cautious to positive, and that turns out to be a mistake. Mane nudges them ahead, then Salah adds a second, and there’s nothing I can do but make us more attacking still. Auba scores a penalty when Gomez is adjudged to have held Pepe back in the area, and that gives us some hope, but Liverpool can defend as well as produce one of the more emphatic pressing games out there, and the time peters out.

In fairness, there’s no shame in losing this one. It was close and for long swathes we were the better side, however the opposition turned out to be that bit more decisive when it mattered and kept us under pressure with our passing and movement throughout. Alisson claims the match ball, which speaks volumes about where the match was lost.