The spacing of the fixtures means that for now we can more or less field the same side for each one. I still rotate to some extent, partly because I can’t help tinkering and of course also to make sure the players don’t feel left out, but at this point I find that Sergio Busquets and Gerard Pique are increasingly marginalised presences. They’re both team leaders and I don’t want to irritate them, but the fact is we have better choices for their positions now. My hope, I guess, is that both come to realise that the game is up for them and opt for retirement, but players can be bloody minded, especially when their careers are under threat, even more so for club legends who don’t want to accept that the end is nigh. How I treat them will be a matter of some delicacy.

March begins with a trip to Granada, an easier than it looks on paper 3-0 romp during which we are emphatic enough to allow for blown penalty opportunities by Tammy Abraham and Bruno Guimaraes. The former makes up for his gaffe by scoring from open play, a peach of a strike that is his first for us in the league. Ismael Bennacer scores his first also, a shot of pure venom that indicates he has this in the tank as part of a very good first season in Spanish football. Ansu Fati is the third goalscorer, part of a revolutionary campaign where he is quietly racking up the good work and steadily eclipsing Coutinho as first choice on the left wing.

On to Atletico Madrid at home, a fixture for which I select Gerard Pique thanks to the accumulation of Skriniar’s bookings making him suspended at just the wrong moment. This is your moment to shine, Gerry – channel the spirit of Per Mertesacker in the cup final. Elsewhere, Champions League ties are being concluded. Liverpool put six past Porto to advance, while Manchester United squeeze beyond Lazio, courtesy of Bruno Fernandes’s goal. PSG demolish Napoli. Real Madrid rely on penalties to complete an even tie of the titans against Bayern. Lewandowski misses one for the visitors. 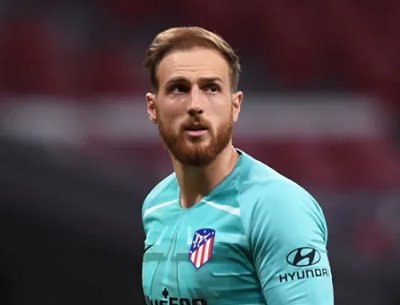 All this is far more exciting than the Camp Nou match, one that promises much but instead delivers a 0-0 draw between two teams that cancel each other out. Getting past Jan Oblak is the football equivalent of conquering Mount Everest. It’s very hard. By the end we’re reduced to ten and operating defensively when Tammy Abraham is tackled by Christensen and needs to be removed from the field. We’ve made all our substitutions by this point and can’t do much but lick our wounds. Tammy’s injury is a bad one. It’s a twisted ankle, which is worth about a month in treatment. This is especially bad news as he is now going to be missing for the same length of time as Lionel Messi, the player he was brought in to compensate for. Talking of whom, we could have done with the Little God here badly. Someone who might have brought an element of individual magic, who cares to the extent that he raises his game decisively. What a miss that guy is.

With Chelsea on the horizon, I use the home game against relegation threatened Getafe to make the changes. Umtiti, Pique, Puig, Coutinho and Pedro are all selected. Regular starters like Skriniar and Griezmann get to watch from the bench. They witness, as I do, possibly our most leaden of first halves, one in which the visitors take complete control and go ahead through Carlos Fernandez, a lead they look in no danger of losing. We produce next to nothing. It’s terrible. Needless to say, the crockery starts flying at half-time. Puig is removed for being the baddest of a bad bunch, with my eye on the likes of Coutinho, who’s been rubbish but at least has the excuse that he’s just returned from injury. Not that it washes far with me – mate, you’re paid hundreds of thousands per week, do better! And we do. Pedri scores a brace from the right wing after the break, Coutinho rousing himself from his torpor to provide an assist, as we eventually pull through with a 2-1 win. Hector Bellerin is lost for three weeks after taking a boot to the groin, an awful tackle that does the rounds on YouTube. We could use his abilities at right-back – his loss guts me. 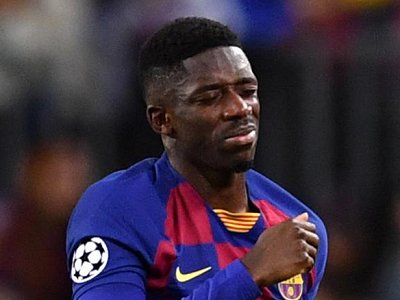 For the trip to Chelsea, we are without Bellerin (groin, three weeks), Messi (hip, three weeks) and Abraham (ankle, two weeks). Sergi Roberto picked up an innocuous training injury ahead of Getafe and is nursed back into the starting line-up for this one. We can at last reintroduce Dembele back into the side, albeit on the subs bench. After this we have Sevilla at the weekend, and then two weeks off for internationals, during which time I hope to have most of my first team (close to) back to full fitness. I wonder if we will be still in the Champions League by this stage.

Understandably, I feel, we play a conservative game in Londinium, all too aware that Barcelona’s past efforts to play open, fluid football in situations that don’t justify it have cost us in the past. Chelsea are good, as good we are really, but we’re capable of cancelling them out. Sergi Roberto plays the game of his life in nullifying the threat of Pulisic, and we play a high line effectively so that when Werner scores in the first half it’s the clearest of offside shouts. After the break, Harrington Kane nets from close range to put us in front. From a break, the home team equalise through Luis Suarez, an exercise in sheer pace as he leaves my defenders for dust before rasping his shot beyond ter Stegen. But 1-1 is a result I would more than accept, and we are safely through. For once, there are no fresh injuries to report, which comes as an additional bonus.

The draw for the Champions League Quarter-Final will pair us with a good team, no matter the number of the ball that drops. We avoid any more English clubs, and will instead face Internazionale, which considering the high standards is about as kind as the lottery could be to us. If we advance beyond them it will be one of Real Madrid and Paris Saint-Germain in the Semi. I’m not sure which of the two I would least like to play. In the other half, Manchester City take on Liverpool, and Lyon will have the considerable task of prevailing against Manchester United.

If ever you have wondered what happened to former Premier League players like Eric Bailly, Luka Milivojevic, James Milner and Willian, then look no further than the Sevilla first team. All four veterans line up against us at the Ramon Sanchez-Pizjuan for our pre-international break clash. The opposition worry me. They’re better than their ninth place suggests, and Real are winning their games right now so we need to remain as clear of them as we can. Harrington Kane does the business here, scoring twice to gift the points in our laps. Yussuf Polusen makes a reply fairly late to make the situation less comfortable, but we do enough to hold them off and claim a 2-1 win.

Not the most confident performance you’ll see from us, and I appreciate that right now I’m using the same players over and over, risking injuries, but we have retained our seven-point lead and that’s what matters. I hope the players get a rest. April looks titanic; nine matches to work through, including Valencia and two games against the white half of Madrid (the scarier half), along with Inter Milan.