Another packed month, which takes in an international break once we have completed the home match against Sevilla. Real, Ajax and PSG all lie in wait this month, with a tightly contested scenario in La Liga and the Champions League group both to be resolved. At the end of October the league calendar takes a break until January, while we all sit back to enjoy the winter World Cup and keeping our fingers crossed that the Barca players taking part in it don’t get too battered and bruised in the desert.

Sevilla first. They’re in lower mid-table, for once not playing in their traditional personal fiefdom of the Europa League and now managed by former Man City and Italy boss, Roberto Mancini. He can call on Ivan Rakitic, who once dominated our midfield before old age took over and he was doled out to play his waning years for Los Nervionenses. As though specifically aiming to put some of our sluggish performances behind us, we end up winning 4-0 in this one. I field Pedri on the left wing, basically because I want to promote one of the more promising Barca kids, and he responds with two goals to crown a shining performance. Sevilla fail to deal with his superb dribbling, and while trying to keep eyes on Messi, Kane, Moriba and de Jong they similarly prove unable to cope when Florentino Luis launches a terrific long shot to beat the keeper, and they then fell Lionel Messi in the area to allow Little God to cap off a good day’s work from the penalty spot.

A brilliant performance, and a good feeling to take into the latest Interlull. Hector Bellerin has played his way back into the Spanish national team. Pedri isn’t selected, and I see it as a personal mission to play him as often as I can to stake his claim. If the youngster’s presence comes at the expense of Coutinho then that’s fine by me. The choice on the left is between two Barca prodigies and the Brazilian, and I know who I want to move forward with.

Spain beats Serbia 3-0 with a side containing five Barca stars – Torres, Bellerin, Sergi, Busquets and Fati – and the board announce that a small stadium expansion is now complete. We can now play host to 104,000 supporters, which will hopefully transform the Camp Nou into an even louder cauldron of noise. The difference between this place and Napoli’s San Paolo is pronounced. It’s never far from full, a massive degree of Catalan loyalty that we are all keen to repay on the pitch. 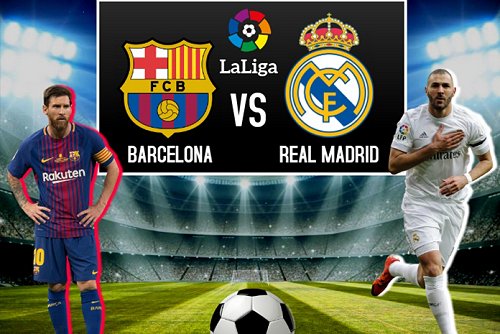 Not that we get to do so on the other side of the international schedule. We have to complete the single hardest fixture of the calendar, an away day at the Bernabeu, home of Real Madrid. Barca’s record against their bitter rivals over the past two seasons isn’t good. We haven’t won a single game, and while that didn’t matter in 2020/21, last season it was part of an effort that handed the title to the team that plays in white. It’s on me to try and change things, to reclaim the Classico.

Real are now managed by Maurizio Sarri, who guided them to La Liga glory in the summer. Some of their stars have left in that time (Odegaard, Valverde, Locatelli) and of course the shadow of Cristiano Ronaldo sits atop everything, but they’ve been busy. Bastoni, Fekir, Wijndal, Brenner and Dalot are all in. They have started the campaign in slightly slower fashion than we have, but they aren’t far behind and my temptation is the measure our progress against theirs. Essentially, stay ahead of them and we won’t be going far wrong.

The first half of the Classico at the Bernabeu looks like living up to its billing. Real take a quick 2-0 lead via Casemiro and Mariano, but we begin to claw our way back and by the break Antoine Griezmann and Milan Skriniar have levelled the game. It’s so finely poised, so tense that I need to walk away from it for a little while before accepting the responsibility of seeing it out. Very early in the second half, we concede a free-kick about thirty yards from our goal, which gives Nabil Fekir the licence to fire in a spectacular effort. Driven to find yet another equaliser, we instead end up conceding a fourth, Vinicius Junior netting from a breezy counter-attack. We lose 4-2.

It’s a disappointing result to take, especially as we have dominated the game and ultimately go down to Real’s superior cutting edge. We are especially bad at the back, a top class defence looking quite amateurish, but the villain for us is Coutinho, who is kept in the pocket of Dalot. Fati does slightly better when he comes on, but my thoughts regarding the Brazilian are beginning to turn to considerations over his exit. Two Barca products – Fati and Pedri – just look more lively for us, so do we really need Philippe, even though the prospect of parting ourselves from his massive value and enormous contract will make him a difficult sell? Is he just an albatross for us? On the upside, Lionel Messi plays really well, yet this just makes me angrier. We are supposed to be moving away from relying on a club legend to make our waves, but he looks like one of the rare players who actually cares about trying to win this match. 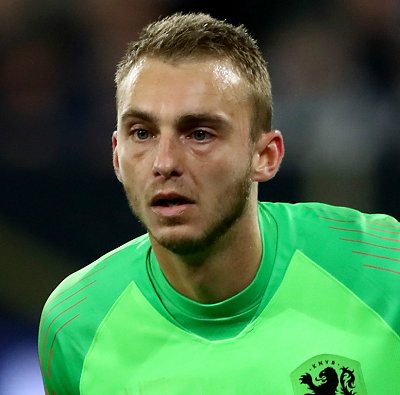 At least we have now played all three of our main contenders – the two Madrid clubs and Valencia – away from home in the league now. When next we meet in La Liga it will be at the Camp Nou, presumably a different story for us. A run of matches played in Catalonia will complete our October. We start with a Champions League clash against Ajax, for whom Jasper Cillessen has become an ogre of a keeper, expanding to twice his size whenever we bear down on his goal. We should have the capacity to pummel them and we do, but the result is a vexing 1-0, Lionel Messi netting from a beautiful passing move in which his close playing relationship with Sergi Roberto is an absolute advantage. I guess it takes something special to beat Cillessen, and this is exactly that.

Eibar next, a game against a Basque side that is rooted to the foot of the table. The fact they have remained stubbornly in La Liga since 2014 is to their considerable credit, however it ought to be a scenario of men against boys, and we end up with a 5-0 victory. Pedri scores a couple of early goals to advance his credentials, before Milan Skriniar heads in from a classic set-piece and Bruno Guimaraes bags his first. Edouard Exposito gets himself sent off after that for collecting two yellow cards in quick succession. This wraps up a miserable afternoon for the midfielder, who listens from the changing room as Jordi Alba drives in a spectacular fifth for us. This is what I want to see, a complete performance. Bruno claims the match ball, but I am pleased with the work of Ousmane Dembele, on to give Messi the day off and providing two assists as part of an enterprising outing.

We can guarantee qualification from our Champions League group if we win our next match, however Paris Saint-Germain are the slight obstacle standing in our way. They beat us 1-0 in France and we do exactly the same to them here. Harrington Kane does the honours, a depressingly rare instance of him finding the net (I expected a free-scoring escapade from Day One, quite honestly). Skriniar is impressive in this one. His work leads Haaland to have an evening of absolute anonymity, which is all I could ever ask of him. PSG supply the fouls, earning three bookings as their inability to make an impression here descends into entitled thuggery.

Sporting Gijon (pronounced, I believe, Hee-Hon) are a higher standard of opposition than Eibar, but once again I’m expecting a win here, and I select an attacking side to get just that. Pedri puts in another enterprising job of work, taking less than a minute before putting us a goal ahead. Before the first twenty minutes are up, Torres claims that he’s pushed in the area during a corner kick and we get a penalty, which Harrington Kane duly dispatches. The star man here is Ousmane Dembele. Later in the game, he sets off on a solo run from deep in our half, which only ends when he’s placed his shot beyond the keeper to complete an outing of some potency. For the visitors there’s only pain. They don’t get so much as a shot on our goal, and are effectively hamstrung when attacking midfielder Pelayo Morilla tears his midway through the first half. I get some pelters for the level of squad rotation I do, but here’s why. Field the same players week in, week out, and watch the injury count ratchet up.

It’s a positive end to the first portion of our season, with domestic matters now taking a breather as the World Cup takes over. All we have left is to complete our Champions League group. In the meantime, we are in a three-way tie at the top of the league. Valencia are in the driving seat thanks to their match in hand, and in truth they have been very dominant recently, but we are up there, despite the Classico reverse, and that’s what matters. The five-point buffer between ourselves and Real gives me heart, though I’ll confess it’s a gap that can be worn down with a couple of poor results.

Ansu Fati agrees a fat(i) new contract, which puts the 20 year old within the upper bracket of Barca earners and ends the speculation that he might leave the club. Over my dead body, though you can have Coutinho if you’re desperate.