Twelve fixtures remain in Serie A, three of which will be played in March as the international break cuts into the schedule. As it has been for much of the campaign the title’s destination remains a tightly poised affair. We’re in control of our destiny. Win them all and there’s nothing anyone can do, but Juventus are lurking on our coattails to take advantage of any slip-ups. We’ve conceded four fewer goals than them, however they have scored eight more, and this may end up counting when it comes to the final analysis, even though ultimately I believe we will be sorted on how we have performed against each other. Score a victory at the San Paolo against them and it will matter.

A key week in our destiny opens with an away day at AC Milan. The Rossoneri have been disappointing and sit in tenth place, however they did well against us in 2020/21 and have just appointed a new manager in Luis Enrique. Who knows how he will line them up…? The Old Lady is entertaining Benevento in Turin, which ought to result in a thwacking, but instead they’re forced to a 1-1 stalemate, sluggishly conceding a late equaliser by centre-back Nikolaos Michelis. I’d be happy with a draw at the San Siro.

Victor Osimhen puts us in front after seventeen minutes, a placed shot from twenty-one yards out arising from Tonali’s assist and something special to beat a keeper as good as Donnarumma. It’s the striker’s tenth of the season, a statistic with which I’m a little disappointed. Milan try to haul themselves back into it after this, putting together some lovely passing moves that force us to be at our best to defy them, even though they’re starting Batshuayi and it’s a bit like dealing with the potency of a soft kitten. Early in the second period Enrique gets this and replaces the Belgian with Zlatan. Even in his mid-seventies and with all the pace of an old banger that I remember once owning with affection, he is by far the trickier opponent, using all his wiles to make life hard for my defenders. But we hold. Calhanoglu is suspended for the home side, which makes our lives easier, and late on Matteo Politano nets from a direct free-kick to guarantee the points. 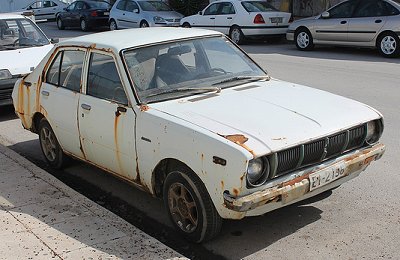 We aren’t at our best in the San Siro. Our set-piece play is particularly disappointing, corner kicks that are ordinarily such a steady source of goals invariably being broken up and sparking opposition counters. The implication here is that Milan are a lot better than their league position. Thankfully, we have completed our games against them now. I suspect they will end the season strongly.

Before entertaining Juve we are completing the Zenit St Petersburg tie, one that is wide open after we played out a 0-0 in Russia. We should get through, indeed we need to as the board expects us to reach the Quarter-Final, however it looks as though we might just mess it up when Martin Merquelanz scores from a counter-attack, classically after breaking up a Napoli corner. I switch our focus to an attacking one and then watch as Piotr Zielinski then puts on a rare show of his outstanding brilliance. The Pole scores two and makes another, Lorenzo Insigne and Victor Osimhen finding the back to the net to seal an emphatic 4-1 win. All good stuff, though Zielinski’s superb display makes me a little depressed that he gets to strut his funky stuff so infrequently.

Beating Zenit adds £8.68 million to the coffers, and now we have to wait another week for the other ties to be played and then to learn who we’ll be facing next. At this stage, any draw involves difficult times, but I would prefer to avoid Bayern or Liverpool, if the gods of football would be so kind.

The scouts are falling over each other to recommend Pedro, a 24 year old Brazilian striker who currently plays for Flamengo. Wanted by Chelsea and Manchester City, and netting twenty from twenty-four appearances in 20/21, he’s considered to be the next big thing in the sort of delirious tones that they once reserved for the likes of Adriano and Pato. Even better is his availability, the possibility that he will cost less than £20 million, and in my mind is our vacancy in attack. Schick has gone. Edouard is here on loan and with a (very, very, very) remote possibility that he will become a permanent addition, so the simply named Pedro Guilherme Abreu dos Santos might just fit the bill. Other prospects, who wouldn’t cost more than a small nation’s GDP, include Gabriel Barbosa (also at FLA), Sebastiano Esposito (Inter unlikely to sell one of their brightest prospects), Karim Benzema (golden oldie who is leaving on a free in the summer) and Lyon’s Moussa Dembele (with doubts that he would add anything that we lack currently). 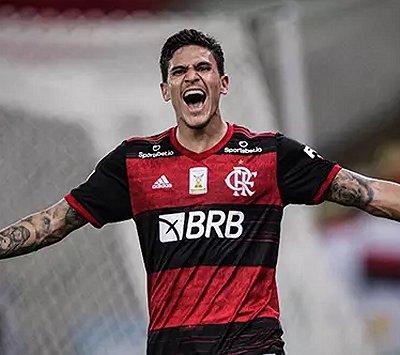 Bayern see off Juventus in their tie, meaning all that latter now have to play for is the league. Our game against the Old Lady at the weekend is my one hundredth in charge of the Partenopei, a milestone that doesn’t mean very much, but I have an 80% win percentage to maintain and victory at the San Paolo would be priceless. I’m warned to keep tabs on Ronaldo (thanks for that, Dr Obvious), though obviously the high-scoring legend is only the most illustrious within a series of attacking options that are straight out of the top drawer.

We’ve already beaten them in the Coppa Italia, a tie decided at home when the Old Lady didn’t even get going until the match was largely beyond them, and they do the same here. This one is decided by good concentration levels. A couple of our early moves that are broken up and lead to near misses resolve our minds. We keep good possession, remain patient in looking for openings while the players work hard to put themselves into space. Victor Osimhen opens for us. Before the half is out Matteo Politano (clear choice for man of the match) has us two-up, a lead we never look like losing. Juve are strangely toothless. Ronaldo is closely watched by Di Lorenzo. Dybala comes on and does nothing, possibly thinking about his potential move to Manchester United. They seem content to collect bookings and for Cuadrado to get himself removed with an ankle injury. Danilo comes on, which is no one’s idea of a poor substitution, but on the whole Juve are rubbish. This is an important victory. There are ten games left to play, and we have an eight-point lead.

Lazio’s defeat to Chelsea means we are the only Italian side left in the Champions League. Things here suddenly become very serious. We are drawn against Liverpool, which is rough enough, but in the unlikely event we prevail here then Manchester City or Paris Saint-Germain awaits in the Semi-Final. The Pool might be third in the Premier League, eight points distant of Man You who are sailing away with the title, but they remain a formidable side to plan for. The dream may very well end here.

We’re travelling to Hellas Verona ahead of the international calendar, which will wrap up our March schedule. Juve demolish Udinese to sustain the pressure. After downing the Old Lady and Milan, this game feels like the softer one, but it’s in exactly these scenarios that we tend to take our eyes off the ball. Concentration, please. You’ve dealt with Ronaldo; Nikola Kalinic should be easy enough in contrast.

Verona are torn apart, deconstructed surgically, but you wouldn’t know it from the scoreline, which is the classic 1-0 to the Napoli. Lorenzo Insigne bags our first-half goal in another impressive outing for the talisman, and Orsolini also comes in for praise, which he deserves after playing well to show Mancini – who’s dropped him from the Italy squad – that’s he’s worth it. The home team go into fouling mode, getting in the way and felling whoever happens to be getting the better of them, and they do enough to keep us from causing any further damage. Garcia gets a second, which is quickly called back for offside, a decision made on inches.

Not that it really matters. We’ve retained our lead over the Old Lady, and we can now finish no lower than fifth. One more victory – hopefully over SPAL after the internationals are done with – and Champions League football in 2022/23 will be guaranteed.