The month wraps up with two away league ties before Udinese at home. The first is against Benevento, trapped in nineteenth and with only SPAL keeping them from the absolute bottom. I fend off a transfer bid from Guangzhou for Lobotka, who will need to feature in this one as Tonali is suspended. Playing in their weird yellow stadium, with palm trees invitingly just outside, the first half is far from a classic. When Politano is playing as disinterestedly as he does here, you know this is going to be a motivational challenge. He ends up being subbed off for Riccardo Orsolini, who scores soon after. Then Riccardo Saponara is dismissed for a horrific tackle, and the fragile floodgates quickly open. Lorenzo Insigne scores. Stanislav Lobotka unleashes a howitzer from outside the area that is far too powerful for Montipo to stop, and finally a fine first for Gabriel Martinelli. It finishes 4-0. Given the statistics – all in our favour – it’s what we deserve. Benevento have half their players booked in a showing where they are simply unable to cope. 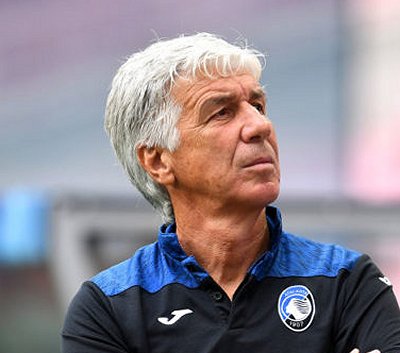 An infinitely tougher challenge comes in midweek when we’re at Gewiss Stadium to play Atalanta. Sixth in the table and not far from our level, I’d normally be happy by escaping with a draw, however Juve beat Cagliari the day before so we need to win in order to retain first place. It’s the Atalanta manager’s birthday. We help him celebrate by being poor in the first half, coughing up possession and struggling to cope with their counter-attacks. Nevertheless, it’s still goalless at the break, and things seem to be going according to plan when Matteo Politano gives us the lead via a close-range finish. But the home team don’t deserve to be behind, and more or less resent their way back up the field to equalise, a cracker from Remo Freuler that Meret can’t do a thing to stop. After that we try to rouse ourselves back into the action. Normally at this stage we can ease off, swap out tired players in readiness for the next match, but all we can do here is flood forward and conjure a winner. Which we do not get. Neither does our play justify one. Despite finishing the stronger side, 1-1 is a fair final score.

Patrik Schick has been in poor form since being handed the start at striker in Osimhen’s absence. The fans know it. I know it, and I think the player does too. We chat about it and he insists that he can improve. The Nigerian is still contesting the African Cup of Nations, alongside Koulibaly and Boga. As they all play for strong teams each one has made it to the Quarter-Final stage, however the Super Eagles are tied against Cote D’Ivoire so I should have at least one of those players back before too long. As for Koulibaly, we don’t actually miss him so badly. Eric Garcia is playing so well in his absence and improving at such a rate that all appears to be going well at the back. Who knew?

The Czech striker is bad again in our home tie with Udinese. These games are typically low-scoring, needling affairs, but he’s especially anonymous, as though terrified of making a mistake so produces next to nothing instead. He’s off at half-time. Lorenzo Insigne both gets tackled to win a penalty and scores from the spot-kick to give us the lead, and that’s what makes the difference. The visitors are unable to threaten, and we look happy enough at 1-0, though it’s a tired effort generally that makes us look as though we are ready to concede Serie A to Juventus.

Sure enough, the Old Lady emerges from their away day at Sassuolo with a powerful 3-0 victory. Their range of attacking options is simply terrifying, and it’s something we will have to be ready to cope with as we face them in the Coppa Italia next. At least we’ll have Jeremie Boga back; the Ivory Coast winger is returned to us following their loss to Nigeria. For obvious reasons, I would have preferred Osimhen instead.

Coming to the close of the transfer window, I resolve to do something about the striker situation. Schick hasn’t worked out, this much is clear. He was a gamble and I based part of my attempt to sign him on the basis that he was once very good for me in Football Manager 2018. I can’t be doing with his slack-jawed work on the pitch however, the fact he’s been given the whole of January to strengthen his bond with a Napoli supporter-base that has grave doubts about him and he has gone on to waste it. On Borussia’s transfer list is Odsonne Edouard, a forward I was very interested in signing over the summer. We got as far as personal negotiations before he handed me a list of demands that I point-blank refused to meet. That ended our interest and put me instead into Schick’s orbit. The Celtic player ended up going to Germany, and obviously it hasn’t worked out there. His single appearance for Dortmund offers a clue as to his malaise. 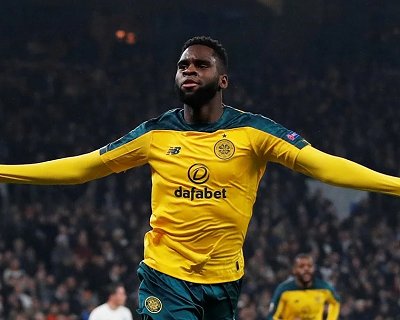 I place a loan offer for him, which will compel me to pay his £66k weekly salary in full, plus £2.9 million per month to his club. There’s an optional £52 million optional future fee in his contract, which I have absolutely no interest in meeting. This can only really happen if Schick makes way, so I offer him out on either loan or a permanent transfer. Lyon slap £15.25 million down for him. I accept, and just like that the disaffected Czech is taken off my hands. Edouard’s in, and Schick is out, the sort of dazzlingly quick deadline day bit of business that suggests Napoli is currently in chaos. We aren’t. It was just the case that we needed to make a fast decision, and it has been made. I think Edouard is the better player of the two, and I look forward to seeing what he can do for us.

Still, the £12 million loss we made on Schick hits me hard. It hasn’t been a good deal on my part. Of the players I brought in over the summer, they’ve all been either pretty good (Boga, Asenjo, Pellegrini) or outstanding (Tonali, Garcia, De Sciglio, Castrovilli). Schick’s the outlier, a costly (for us) acquisition who simply hasn’t worked out as I hoped he would, and that’s on me.

Nothing else happens. The feigned interest in the likes of Fabian, Zielinski and Lobotka becomes nothing more than that and the world’s focus is elsewhere. Donyell Malen’s £65 million move to Inter is the big news of the window. Rodri has left Manchester City for PSG, and to replace him Guardiola has signed Manuel Locatelli for the sort of fee I can only dream of commanding. Max Aarons is now a Chelsea player, and the Blues have also gone for Marcus Edwards and Luis Suarez (the young Colombian forward rather than the toothy Barca legend).

February contains five Serie A fixtures, five opportunities to wrest back our control of the division. The schedule includes Lazio at home, almost certainly the most difficult of the challenges ahead, whilst in the Coppa we have Juventus twice, and the first of our Champions League knockout matches against Zenit. The African Cup of Nations finishes on 5 February when the Final takes place in Stade De Football D’Olembe, Cameroon, after which we should have Osimhen and Koulibaly back to strut their funky stuff in Neapolitan blue.