Just three league games this month, along with the completion of our Champions League group schedule, before the winter break kicks in and we all get to enjoy Christmas with our families. Beyond that is the opening of the January transfer window, a number of Napoli players on other teams’ radars (more on this below), all taking place during a packed, New Year schedule.

We open with a home game against Cagliari. Going into this one, we know that Juventus have travelled to Lazio and been forced to a 0-0 stalemate, so it’s an opportunity to put a little buffer room between them and ourselves. We make hard work of it, because of course we do. The 1-0 victory we achieve will do little to appease the board’s demand for classy entertainment, however a win’s a win and the Sardinians do not represent generous opposition. They aren’t in our class, but they know how to put in meaty challenges, racking up the bookings and forcing Elmas and Osimhen off the field early with thankfully negligible knocks. Patrik Schick, on for the Nigerian, scores our winner, his first for us in Serie A, so we can look back on a job completed at the end of a tie that is far from one for the ages.

Next up in midweek are Shakhtar Donetsk at the NSC Olympskyi. A point in Champions League Group G separates us and all we need to do is not lose here in the Ukraine. In my view we have been by far the better team so far, carving out a +12 goal difference while the opposition have tended to ease past their opponents. This counts for nothing if we lose. Shakhtar’s shining light is Marcos Antonio, the latest in a production line of strong Brazilian talent finding itself deep in the former Soviet Union. A central midfielder no doubt playing for his inevitable transfer to Manchester United, the midfielder is an assists machine, a pocket Mezzala who our scouts believe I should seriously look into adding to our ranks. 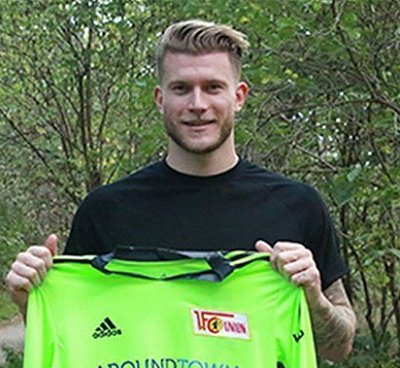 We’re welcomed with peels of sleet, and a home team that plays at a meandering pace. They force one good save from Meret, otherwise it’s defined by the battle at the other end between Osimhen and eccentric keeper Loris Karius. It’s one the keeper wins. At his best Vic can find the sweet spot in spectacular fashion, but this isn’t one of those days. His best opportunity comes when a routine back pass-from Dodo is weak enough for the striker to latch onto, an easy chance, only for Karius to dash out of his box and divert the shot into touch. Oh well, a point was all we required, and that’s how it ensues, a tired tail-end of the schedule and not helped when I make a gaffe of one of the substitutions (admittedly not as bad as the time I brought a keeper on to replace the striker). We’ve won the group, and in a few days’ time we will know exactly who looms in our future.

Before that, we get to return to Italy just before setting off once again, this time for Sassuolo. Juve are entertaining Milan, and instigate clobbering time as a Douglas Costa brace helps ease them to a scary 4-1 victory. We know we have to get a good result against a team we consider to be beatable yet deserve respect. Hirving Lozano puts us in front after a fine passing move between the Mexican and Osimhen, before the latter earns us a penalty after pulling a Swan Lake in the box. Politano’s shot is fired straight into the arms of the keeper, which looks costlier still when Domenico Berardi scores an equaliser in the forty-second minute. This is especially irritating, as Berardi has been specifically marked out as a danger man, then he turns out to be exactly that. After the break Politano’s corner kick is headed across the line by Eric Garcia, a goal I suspect to be ever so slightly offside, then we settle back into prevailing, holding on to our lead, replacing tired bodies as we see out the time.

The Champions League First Knockout Round takes place the next day, several hours’ build-up and UEFA self-congratulation, and then the dropping of the balls. Of the teams we could get, I would hope to avoid Atletico Madrid, Borussia Dortmund, Chelsea and Porto. The alternatives are Real San Sebastian and Zenit. We’re drawn against the latter, a winter sojourn to Mother Russia, but for me it could have gone worse. Of the other Italian outfits, Juventus are taking on Bayern Munich in possibly the tie of the round. Lazio will have to negotiate the challenge of Chelsea.

The youth intake preview offers little to get excited about. There’s a decent looking centre-back in there apparently, but I’m advised not to expect much and suspect that it will be an instance of looking elsewhere for the future of the squad.

December’s reduced schedule finishes with Sampdoria at home. I would like to end 2021 with a big result and the Genoese look made for us. They’re tenth and continue to be dependent to an extent on 38 year old striker Fabio Quagliarella. He’s still a consummate centre forward for them, like a lesser Zlatan, and I still recall with affection an old Championship Manager 2001/02 save in which I managed Fiorentina, then relegated to Serie C2, in which he took a starring role in helping our long, slow climb back to the top. There was a time, back when Quagliarella was busy trying to play for as many clubs as possible, when he was on our books, playing pretty well in between spells with Udinese and Juve.

We are playing Sunday’s evening match, and by the time we enter the arena the news filters through that Atalanta have done us a favour by prevailing over the Old Lady via a 2-1 victory.

Roberto D’Aversa wrong-foots me by not selecting Quagliarella for his starting eleven. Instead he’s gone with Sebastiano Esposito, half the veteran striker’s age and far more of a quick, raw handful. Then Insigne comes off. The forward has pulled a hamstring, which will ensure that he spends the winter break convalescing. Lozano comes on and lasts around fifteen minutes before himself exiting via the stretcher. This time it’s a torn hamstring, a far more serious injury that will remove him from our affairs for up to three months.

In the meantime, we win 3-0. It’s a good victory, overshadowed by the loss of Lozano but pretty much exactly how we want the script to work out. Eljif Elmas shoots us into the lead, before Gaetano Castrovilli heads past Audero. Osimhen has once again missed a string of chances, and is brought off for Patrik Schick, who justifies his presence with another headed goal, this time more artful as his effort loops over the keeper.

The year finishes in fine fashion then. With the catch-up matches played elsewhere, leaving all of Serie A on sixteen games, we are six points clear and sitting pretty, with the considerable caveat that there is barely any room for error this time around. Concerns for January include Lozano’s injury, exacerbated by the African Nations competition that will rob us of the services of Koulibaly, Boga and Osimhen for a time.

Ahead of the January transfer window, here’s the list of Napoli players who are on other teams’ wanted lists, and what I think of the prospect that they will move…