Lorenzo Insigne is currently considered to be the highest rated player in Serie A. I agree. In the goalscoring stakes no one comes close to Luis Muriel’s nine strikes for Atalanta; Orsolini and Osimhen lead our path with four apiece. Like last season we are the division’s leading scorers, but those goals come from a variety of personnel, which is exactly how it should be. I’m still in awe of Sebastiano Esposito, Inter’s young gun who is on loan with Sampdoria and has scored five goals in seven appearances. He will be mine, oh yes…

November features four Serie A matches, and two more in the Champions League, with an international break thrown in. The domestic challenges don’t compare with what we faced in October; Fiorentina away looks like being the trickiest in the schedule. Things are simpler in Europe. Beat SC Freiburg at home and we have qualified for the knockout stages. The Germans were rough and ready in the away tie, and I’m expecting more agricultural challenges back at the San Paolo. Time to order in the extra-strong shinpads, perhaps.

The only real criticism the board have made of me so far is that we have not been as effective from set-pieces as we were last season. Our first two here come from just those situations. Eljif Elmas scores from a corner, before Politano’s free kick crashes back off the crossbar and Kostas Manolas slots home from the rebound. Elsewhere, Elmas scores two more to claim his hat-trick and Patrik Schick also finds the back of the net to produce a fearsome 5-0 home victory. All our goals are scored in the first half. We can move out of top gear after the break, sensing Freiburg’s lack of threat, and when Almog is sent off for a grisly challenge on Boga it’s all over. 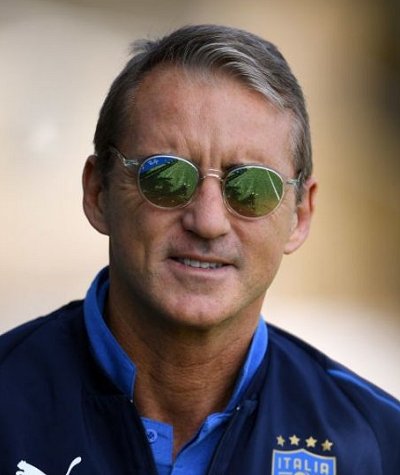 A good way to achieve qualification then, and now it’s back to Italy to entertain Hellas Verona. There’s celebration for Orsolini, who’s called up to the Italian national side in light of Chiesa’s injury. Roberto Mancini had been busy telling me how little he rated our winger, so I can only imagine his chagrin as he’s forced to turn to a player he believes to be bobbins. Go on and show him, Ricci.

The less said about the Verona match, the better. As is becoming a weary trend, we do everything right against them, apart from score. They register one off-target shot to our endless number of efforts. In the end, a Kalidou Koulibaly header from Insigne’s corner is enough. But we could have bagged ten. Osimhen is particularly wasteful, and I hook him at half-time because of warnings that he might have sustained an injury. Schick takes over, to little effect. By the end I am producing origami from my note paper.

A two-week breather for the Interlull, Orsolini returning to us two caps to the better, and straight into an away fixture at SPAL. Winners of Serie B in 2021, the quality gulf is glaring. It takes around ten minutes of this one before I realise that I should have picked none of the Partenopei’s international players for this one. They’re knackered. Fabian is never the most robust ninety-minute man, but he’s done in within half an hour. Castrovilli has to be removed about a third of the way in, for a knock that turns out to be nothing more serious than fatigue. SPAL start energetically, inspired by forward Ramirez, which sounds like just my luck, to be stung by an enemy of the Boro supporters, and it takes most of the first half before I realise that he isn’t the dread Gaston, but Ignacio Ramirez, a fellow Uruguayan but there the similarities end.

Despite the worries over player fitness we are easily good enough to blow away the side known as the House of Este. Matteo Politano scores a brace. Kalidou Koulibaly heads home a corner, and there’s a first Napoli goal from Jeremie Boga, the winger intent on covering half the pitch before beating Berisha.

It’s a good thing that we win here. Juve are matching us result for result, demolishing Cittadella 5-1 as they continue to breathe down our necks. They are developing the kind of consistency against sides they should beat in the way we did last season. There’s no room for error here.

In the Champions League we’re off to the Johan Cruijff ArenA (never understood why they have a capital ‘A’ at the end) to face Ajax. The intensity of this game doesn’t really rise above tepid levels. We’re through, why worry? Well, the concern is that Shakhtar could wrest top spot from us, and while they’re beating Freiburg to move within a point we’re only good enough for a 1-1 draw. It’s an even day; I tell myself that this is because Ajax are a lot better than the lowly points haul they have achieved in the group. Eran Zahavi scores early. Hirving Lozano, a former PSV man who understands how to get one over on bitter Dutch rivals, finds a second-half equaliser.

Whether we want to finish first or second is anyone’s guess, really. The argument that we’ll get a kinder draw in either position can’t be justified when I look at the make-up of the other groups. It won’t be resolved until early December, when we travel to the Ukraine for a match that will decide the outcome. 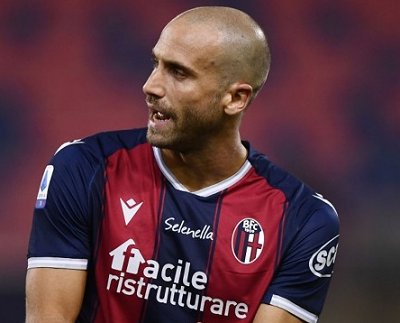 Two Serie A games remain to finish the month. The first is a home tie against Bologna. Third in the division, a decent number of points away from the title race but playing very well all the same, the Petronians have veteran full-back Lorenzo Di Silvestri to thank for much of their success. Now a sprightly 33 and supposedly entering his stud years, the Italian right-back has generated a superb average rating of 7.52. Defensively very capable and ensuring Lozano has a quiet game, it’s fortunate that there’s little to them elsewhere. For our part, Eric Garcia scores his first for the club deep into first-half injury time, knocking in Politano’s corner kick. Elsewhere we are brittle and unadventurous. Schick starts. He’s unmemorable. Elmas and Zielinski do little, not so good from a pair of supposedly top tier advanced playmakers. Let’s just move on, shall we?

Fiorentina are hitting the top ten under the aegis of Michael Laudrup. This is good work considering they sold Castrovilli to us, then lost top defender Milenkovic in a £25 million deal to Atletico Madrid, and finally were divested of Bartlomiej Dragowski, one of the better keepers in the division and wearer of a glorious hipster beard. The Pole now turns out for Freiburg. Laudrup’s replacements are modestly acquired. PSG centre-back Thilo Kehrer is now here, as is Jesse Lingard, a free signing from Manchester United. The latter starts on the opposite wing to Ribery, a pair of veteran players who can cause problems on their day. This isn’t it. We run out as straightforward 3-0 winners. Victor Osimhen scores an incisive first half break, before Sandro Tomali’s direct free kick wraps up the points. The presence of Felipe Caicedo in their forward line fails to strike terror in our hearts as the home team produce little and hand victory over in a nice, gift-wrapped package.

And win we must. Juventus are four points behind, with a game in hand, which I feel they are more than capable of taking good advantage of to keep the pressure up. They really want their title back. Bologna are now thirteen points further back, so you can see for yourself what the situation is in the division, how it’s shaping up for the remainder of the campaign. It’s very much like how Serie A played out back when Juve were serial victors and Napoli bit at their heels, except this time we are the champions and there’s a requirement on us to defend our crown. Can we?