Another international break looms, but before that we are playing Genoa at home. Vincenzo Torrente’s side are doing better than last season, when they flirted throughout with relegation, but this has all the makings of a sound home win to complete a strong start to our Serie A title defence. As it turns out the match is an exercise in frustration. With many of our regular starters rested and the likes of Boga, Lobotka, Elmas and De Sciglio taking part, we’re fluent enough without ever finding that final cutting edge. Osimhen is notably wasteful, Schick little better. The visitors have their chances also, though never enough to fully trouble Meret. It takes bringing Insigne on late and relying on the little man to pick out Riccardo Orsolini, who at last finds a way past Vodisek, to land us with the points. Not a brilliant showing. Sure, we bag the win, which is what matters in the end, but this one smacks of the wastefulness we exhibited in spades during so-called winnable ties last year.

When we get back we face a straight run of Lazio, Milan and Juventus, so these points could make all the difference. There’s part of me that feels the boys perform better in fixtures where they really have to up their game. Complacency against allegedly lesser teams, the ones they are supposed to win, can find them performing sluggishly, as against Genoa, so maybe more of a challenge will help to stir their passions. Maybe.

No new injuries incurred during the break, but as always the more involved international stars return to us fatigued. I am ever grateful that, having rotated players carefully to meet the various challenges we face, national managers just use them as they want without a care in the world for how they will be feeling at the end of it. I have to make a decision to field my best available eleven for the away game at Lazio. SC Freiburg follows in midweek, and even though the Romans are in lower mid-table they are assessed to be the stiffer challenge.

After finishing third last season, Simone Inzaghi’s Eagles are enduring a tough start to 2021/22. Fifteenth currently, David Carmo and Maximilian Wober have been signed to improve their defensive effort, which hasn’t clicked into place yet. This is, on paper, a good time to play them, but the comeback has to start somewhere. Hopefully it won’t be against us. My nerves are quelled when Lorenzo Insigne puts us ahead early. This is lovely for its approach play. Lazio are trying to compress space, like any good team should, so the way Fabian and Tonali spray passes around to send defenders scuttling after shadows creates the gaps that allow Grimaldo to put the cross in for the Italian’s opener.

We’ve been better than the home side, and it’s with some annoyance that they equalise after around half an hour. Their goal is Lazio’s one significant attack of the half, and results from the breaking up of a Napoli corner, Joao Mario emerging with the ball and picking out Ciro Immobile, who evades the attentions of Manolas before placing his shot beyond Meret. This angers us into action. Another corner for us ends in Kalidou Koulibaly heading in, a quick restoration of our lead. Victor Osimhen scores something of a wonder goal early in the second half to kill off their challenge. By this time I am already replacing players, bringing off Fabian, Zielinski and ultimately man of the match Insigne, and wrapping them up in cotton wool for the tests that lie ahead.

It is a good thing that we win here. Elsewhere, in the Turin Derby Juve open a can of whup-ass on Torino, winning 6-0 with Bentancur in particularly sparkling form. Pochettino is doing far too professional a job here. I miss Pirlo.

SC Freiburg then, the Bundesliga side from Baden-Wurttemberg that term themselves the Breisgau Brazilians. Within a fairly pedestrian group they have been identified as potentially the weakest, and with Milan at the weekend this could be our best opportunity to bench some of our more leading lights. It’s a difficult balancing act, rotating players, hoping that superior fitness will prevail. As we travel into Germany, I pore through the latest round of scouting reports. They keep slipping in the dossier on Manchester City keeper Ederson, a high recommendation who would set us back more than £60 million. This is sheer fantasy football. There’s no way we can afford him, even if the Brazilian is clearly world class. You want me to bankrupt the entire club, huh?

The Germans turn out to be a difficult opponent. They play the Gegenpress and play it well, however like ourselves they are mixing Champions League football with domestic matters and quickly begin to tire. Victor Osimhen has us ahead before the break, slotting home a delicious, chipped assist from Elmas that is viewed by the defenders as a kind of personal insult. As the home team wilts the yellow cards start to fly. Multiple bookings, and when Lienhart sees his second card for flooring Elmas from behind their challenge is over. We’ll take a 1-0 away win any time. Another two and a half million in the bank, and a step closer to qualifying from our group. 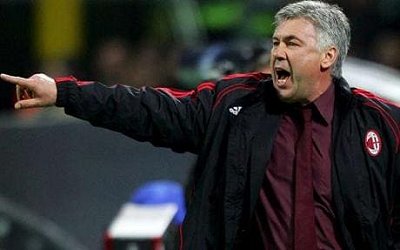 Uncle Carlo Ancelotti is back at AC Milan. An unimaginative managerial appointment perhaps, but everyone’s favourite elderly relative has ‘previous’ here and is a steady hand for them. They lost Hernandez in the summer, hence the endless sniffing around Grimaldo, however they can now call on former Neapolitan Jorginho, a £33 million signing, and then returned to Chelsea to snap up uninspiring striker Michy Batshuayi. As a replacement for Zlatan he’s not the most inspiring, but that’s more or less an invite to him for scoring the winner against us. Fifth in Serie A but giving us a rough time of it last season, they aren’t the sort of opposition I look forward to facing.

On a sunny afternoon at the San Paolo we win 3-0, by some distance our best result against the Rossoneri. Milan are difficult and Donnarumma is always too good to be beaten with anything but special striking, but fortunately we have Lorenzo Insigne, who scores a brace. He also sends in the corner kick that is cleared messily by red and black shirted defenders, leaving Riccardo Orsolini in space to volley in our third. The winger is on for Politano, who lasts most of the first half before going off injured – thankfully it isn’t a serious knock, but the boy’s fragile and it’s a concern. In the meantime, I am slightly worried that we are little more than the Lorenzo Insigne Show. We are always better for the presence of our totemic Neapolitan winger; then again, when he puts on displays of this high quality then who’s really complaining?

We now have the unimaginable luxury of a week without football before travelling north to play Juventus. The Old Lady is breathing down our necks this season. Their victory away to Inter in midweek puts them a single point behind, so despite our good form we are in serious danger of losing top spot here. At least we don’t have to plan for Ronaldo, who is out with a hip injury. For our part, Hirving Lozano has sustained a dislocated jaw in a training ground set-to and will be unavailable for a couple of weeks. This is bittersweet news. The Mexican is a quality and unpredictable forward, though that very unpredictability means I am never sure what he’s going to produce. I’m warned that Osimhen’s appearance in this game will activate a transfer clause, wherein we will owe Lille another £2.3 million. I don’t care; it wasn’t me who agreed the madness of his massive fee.

I wonder if the loss of Cristiano actually makes Juve that little bit more dangerous. He was the focal point of their attacking effort, and without him perhaps the likes of Chiesa, Douglas Costa, Morata, Dybala and Kulusevski play better as a unit. For a much-hyped top of the table clash, the match is a damp squib, a forgettable and largely highlight-free 0-0 draw. That’s fine by me. The two groups of players basically cancel each other out. Juve have scored a lot of goals, but we concede hardly any and it’s a case of an unstoppable force meeting an immovable object as we toil to a stalemate.

More importantly, we have retained first place within a table that has the look of developing into a two-horse race. Look at who else makes up the top six in Serie A. Inter, Roma, Milan and Lazio can’t keep being as bad as they have been, but they are all dropping points with the generosity of a Conservative government slapping the backs of their buddies with Coronavirus contracts, and already they are slipping off the pace.