England win the European Championships after picking Portugal apart 5-1 in the final. How many years of hurt has this victory cancelled? Having demolished their group, Mancini’s Italy go out to the Portuguese in the first knockout round, which is poor but isn’t enough to lose the manager his job.

Our pre-season schedule starts on 24 July with a visit to Carpi, a Serie C side that plays in the province of Modena. I’m away arranging transfers and leave the management of this one to Luigi Riccio, and it’s perhaps for this reason that an underpowered Partenopei can only draw 1-1. The home team have one shot during the entire match, from which they obviously score, while our efforts to overpower them results in a rugby score of chances, but just one reply, a late Insigne penalty to save our blushes.

Over in the USA, our run of friendlies begins with a game against the New York Red Bulls, the American member of the RB family. Another Insigne penalty and Tonali scoring from a goalmouth scramble hands a 2-0 win in our laps. We play quite well here, though Politano takes on a gashed lower leg from a ‘Welcome to the US of A, mo fo!’ challenge that removes him for the rest of the schedule.

We nearly come a cropper in the New York City FC game. I experiment in the first half with a 4-2-3-1 formation, fielding Elmas in the hole. It’s a disaster, our attempts to overload the attack resulting in a 1-0 deficit at half-time. Panicking, I switch back to what we know and we score three second-half goals. Grimaldo bags a rare strike, a low shot that flies underneath Barbosa, and then Insigne caps things off with a brace. 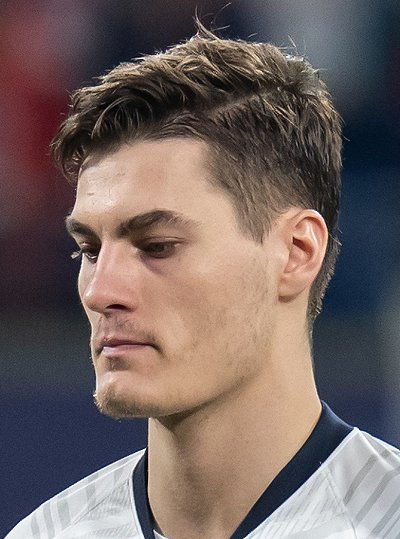 Philadelphia Union are next. I have been after a new striker for a while and after enquiring after various players me trail leads me to Bayer 04 and Patrik Schick. The Czech international has played for his country in the Euros and scored the winner against Spain in their group tie. That seemed to be the sum total of his efforts however. Though Czechia make it to the Quarter-Final before being eased out by Portugal, Schick’s fairly dreadful and it’s perhaps this factor that makes his £27.5 million move to Napoli such an unpopular move. The fans are underwhelmed, and I guess I can see that when we’ve effectively swapped out Dries Mertens for… this? Schick, for his part, sees the transfer as the opportunity for a rebirth and scores a first-half hat-trick against Philadelphia. His first goal is the best, a delicate chip over the keeper that’s pure artistry. Castroville and Osimhen also score in a 5-0 destruction. It’s very good.

We now have a week to go until we face Barcelona in the European Super Cup, the match-up between the winners of the Champions League and the Europa victors. Eric Garcia has been involved in the Olympics for Spain so we have barely seen hide nor hair of him. He should be back in time for Barca.

Windsor Park in Belfast is the setting for this showpiece. The opposition are heavy favourites, and it’s easy to see why. Antoine Griezmann has been in stellar form for them. Frenkie de Jong controls things from midfield, and Ansu Fati and Coutinho are simply superb attacking midfielders. And then there’s Lionel Messi, the little god who’s just come off the kind of campaign that confers yet more divine status upon him. They’re impressive. They play like it too, putting us under pressure early, though Alex Meret plays like Dino Zoff, saving shot after shot. He’ll eventually be named man of the match. At the other end Victor Osimhen noses us ahead just before the break. It’s his last action of the game; he comes off with a slight knock, and we play the second with Insigne operating as a False Nine. Another burst of attacking goodness forces Clement Lenglet to tap the ball into his own net, before sub, Adnan Januzaj, pulls one back with a few minutes remaining. We waste time, play defensively (it’s what we’re good at), and claim the European Super Cup.

This victory is worth £4.11 million, a smashing little bonus. I deliver some personal praise to Alex Meret, who deserves it. The board are happy too; they have watched what they define as entertaining football so everyone’s a winner today. I think football is the real winner obviously.

Ahead of our last couple of friendlies Manchester City make overtures to right-back Elseid Hysaj. We barter them up to £26.5 million, a few million more than his value, and it seems that he’s on his way. I field the Albanian in the pre-season game against Atalanta, probably as a fond farewell to someone who has been a good club servant. Eric Garcia makes his first appearance for us here also. The match is generously attended by just under 35,000 locals. We win 2-0, two cracking goals from Lorenzo Insigne and Jeremie Boga, the latter a real crowd pleaser that provokes a celebratory cartwheel from the winger.

Hysaj joins Man City. Napoli are now showing a healthy balance of £61,092,907, but there is still more than twenty-five million in the kitty and I would like to use the two spare spaces in our squad to sign a replacement for the full-back, and a better back-up keeper than Contini. The latter is identified as Luigi Sepe, who currently plies his trade with Parma. The fee – £5.25 million – is reasonable, and the player is a former Neapolitan, so I could bring him in and loan out or even sell Contini. But then the red wall falls in my contractual negotiations with the player. He wants back-up status, which is fine, and a limited salary (ticks my box), but in there is the non-negotiable demand that he is named as vice-captain. There is no way on this good earth that I’m taking that away from Insigne, so the negotiation promptly ends there. Honestly, why would he be asking for that? 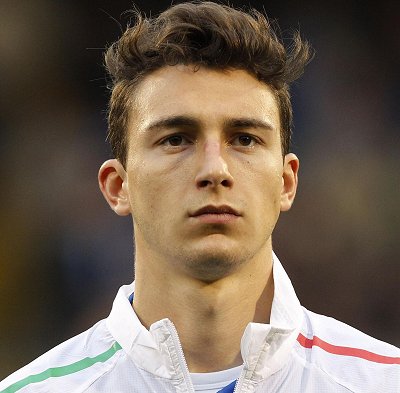 The player we bring in for Hysaj is a cut-price deal for Juventus’s Matteo De Sciglio, who is on their transfer list and costs £3.2 million. Similarly aged to the Albanian and presenting very comparative numbers, De Sciglio is happy to be paid less (Juve even throw in £10,000 per week towards his contract) and to play second fiddle to Di Lorenzo. Speaking of whom, Valencia have been after our starting right-back for some time and make an offer. I say they can talk when they meet my £40 million asking price, and to my surprise they agree. For a few days I’m left to sweat on this one. I’m wondering how to blow the money on someone really good to fill his boots (two words – Max Aarons), and then Di Lorenzo turns them down and the situation settles back to normal.

Our last friendly is a home game against Ajax, who draw a decent crowd. The Neapolitans who show up for this one are given a treat, an emphatic 5-1 win in which we flex our attacking muscles with two goals from Insigne, and strikes added by Garcia, Lozano and Schick. The Dutch get a very late reply from Magallan, their one shot on target of the entire match. By the time this one is done the visitors have brought on Klaas-Jan Huntelaar, now a sprightly 38, more than a decade on from the when he played in Serie A for Milan.

Teams still want Di Lorenzo, and Grimaldo is on Sevilla’s radar, as we enter the last day of the transfer window. I’ve had my arm pulled in seeking out that elusive back-up goalkeeper. £4.7 million has been spent on Sergio Asenjo, the 32 year old Villarreal net custodian. It wasn’t easy to sign a keeper who’s prepared to play second fiddle. I could have nabbed Loris Karius on a free, but it’s Loris Karius. Asenjo doesn’t have that stench of failure. He’s a good alternative to Meret, taking on a modest salary and happy to be here. By this point I’m just relieved to have filled the last obvious gap in the squad.

Elsewhere, Milan’s Theo Hernandez goes to Chelsea for £38.5 million and that sends them to my door with an offer for Grimaldo. I reject it out of hand. The loss of their left-back is just one of a string of high-profile Serie A players leaving the country. Lautaro Martinez finishes at Inter and goes to Liverpool for a princely £73 million. The same amount is lavished on centre-back Milan Skriniar, who will now play for Barcelona. The Pool clearly don’t feel that Martinez is enough and shell out a further £49 million to acquire Andrea Belotti. We emerge as Italy’s biggest spenders, spunking out £114 million in total. We’ve recouped a similar sum, and there’s still nearly seventeen remaining with the wage budget reduced. Not a bad window at all.