The league is done. We have five fixtures remaining but the only competition that really matters now is the Europa League, where we have a return leg against Arsenal to play and a hopeful place in the grand finale. It’s in an uncaring mood that we travel to Udinese for one of those remaining commitments. A squad is picked on the basis that none of these starting players will take the field in midweek, and a 0-0 draw in which the only player beyond the defence who comes out of it with any credit is Orsolini. Dries Mertens is notably bobbins. I tell him to pick up his form; thankfully he agrees that it’s been an issue.

On to Arsenal then, our date with destiny. The visitors help us out when centre-back Gabriel is sent off for a second yellow early in the tie. They create little and rack up fouls as though they are going out of fashion. We score four goals and make it look very, very easy. Victor Osimhen and Fabian put us two up in the first five minutes. Matteo Politano scores an excellent solo effort in the second half before Riccardo Orsolini adds the cherry on top deep into injury time. It’s surprising just how good we are when we care and something is on the line. Politano claims the match ball but Fabian and full-back Hysaj could make just as good a case for themselves. On our day, teams can’t live with our pace, our pressing and the potency of our counter-attacks. The Gunners melt away. We will take on Milan in an all-Italian final, after they knock out CSKA Moscow. 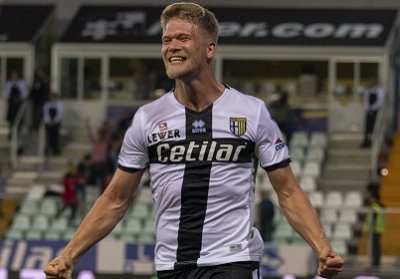 Parma at home are next. They are seventeenth, very much in the relegation picture, and it’s impossible to think that they won’t be more invested in our league encounter than we are. Things go wrong in the first half when we’re knocking the ball about in their half and then a mis-pass from Izzo sees Andreas Cornelius in possession and haring off towards our goal. Powering beyond the last man he places his shot in the bottom corner to put Parma in the lead. This wakes up our two-thirds full ground into issuing the boos, and also unlocks the chip in Dries Mertens’s head that ensures he reacts to my bollocking. When we win a penalty after Lozano is clobbered in the area he makes no mistake with his kick. Before the half is done the Belgian has made it 2-1, released via a long ball and putting his shot beyond Sepe. We are more than capable of holding on to that scoreline, consigning  Parma to yet another defeat in what for us is a meaningless contest.

Despite the result, and the fact we have now broken the record for Napoli victories within a single season, there are concerns. Eljif Elmas, for me one of the squad’s more promising members, should be using this stage to show me his worth. He isn’t. Hirving Lozano has been terrific in Europe, less so in Italy. The form of Stanislav Lobotka is also on my radar. Producing little in Serie A, I wonder whether his future should be in defensive midfield, or if it’s time to hawk him out to one of those Chinese clubs that have their wallets open in his direction.

We’re hosting Benevento in midweek, not the sort of fixture that will coax Neapolitans out of their homes. They have done enough to guarantee survival, so this has all the makings of a nothing game, the sort of end of season commitment played between sides with little investment in what happens. The opposition are rubbish and we coast through to a 2-0 victory, with goals from Hirving Lozano and Stanislav Lobotka (playing at DM and doing well). What they are good at is fouling. By the end Benevento have had two players sent off and injured three of mine. Di Lorenzo is out for a fortnight with pulled knee ligaments. Lozano has a gashed lower leg, thanks to the enthusiastic studs of Foulon. Worst of all is the fractured wrist suffered by Alex Grimaldo, which close to ends his season. Thanks Filippo Inzaghi, and your disgusting team. I criticise his side’s dirty play in my post-match presser. He doesn’t care; what a classy guy. 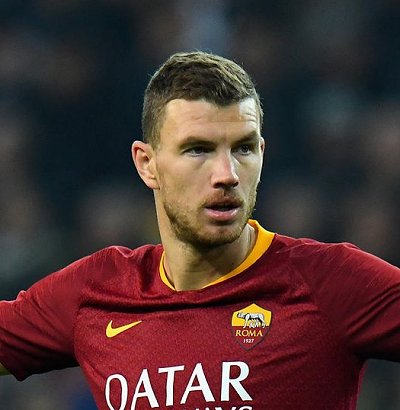 We have now racked up 94 points for the season, which is a new team record. There’s no catching up with the Serie A record high, which was recorded by Juventus back in 2013/14 and a 102 points haul. At the weekend we’re away at AS Roma, the sort of tricky fixture that makes me happy the outcome doesn’t matter very much. I’m an admirer of them. A number of their players would fit very well within my side’s ranks – Mancini, Pellegrini, Veretout, Zaniolo. Hell, I’d even take Amadou Diawara, the defensive midfielder who was once part of the Napoli set-up and would count as homegrown if he was to return. I’m advised to watch out for Edin Dzeko, which I’m grateful for as I wouldn’t have considered it otherwise.

Roma beat us at home earlier in the campaign, and I’m worried about letting them do the double over us. I needn’t have. Despite playing with a balanced mentality, watching out for anything they can throw at us, especially from wily veteran Pedro, we run out 3-0 winners. Victor Osimhen and Kalidou Koulibaly both put us ahead, then the home side effectively concede the game when Zaniolo is sent off for a second yellow. Fabian produces a late, long-range strike of pure golden wonder to put a seal on the result, and to provide him with his tenth of the campaign. The Spaniard was outstanding in the season’s early passes, less so recently, but it’s here that he reminds me just how good he can be.

Inter Milan beat Udinese 2-0 in the Italian Cup Final. Not winning this competition will keep me rooted in Italy for at least another year. Honestly, some of the gloss has worn off with the lowly transfer budget that I have to work with. It’s as though I am being penalised for our success. Some creative accountancy will be required over the summer, I reckon.

I promise to put on a show for the supporters in our league season finale, a home tie against Sampdoria. There’s beef here. La Samp cancelled their affiliation with us some months ago, which I have chosen to take personally and now hope we bury them. The possibility that winning here will get them relegated would rub their noses in it quite nicely. In reality, the side is rotated because we’re playing the Europa League Final in a few days’ time. This is very much a second string eleven, one that still has the muscle to prevail 2-1 on the day. Riccardo Orsolini and a rare set-piece goal from Nikola Maksimovic see the Genoese comers off, and they save just a little face by producing a late response by Mikkel Damsgaard. Not a bad way to sign off a season’s work, and not a terrible following with more than 41,000 filling the San Paolo. The gaps of naked blue seats aren’t quite so noticeable today.

Victory leaves us with a three-figure finish for the campaign, rather a superb show of domination on the whole. Sampdoria save their bacon, while Parma – still our affiliate – return to Serie B with Crotone and Spezia. I’m so pleased with the way this table looks. The ‘Goals For’ column shows that we were far more attacking than we were given credit for, but it’s in the defensive numbers where we really shine. Seven conceded across thirty-eight matches is a staggering achievement; man mountain Koulibaly deserves so much credit for his work, as does Manolas, and Meret in goal.

It’s always nice to finish with a cup final. We’re in Gdansk, Danzig in old money, to take on AC Milan in the showpiece of the Europa League. The fact this stadium isn’t anything like as nice or big as our home grounds is lost on neither team. Despite our less than thrilling record against the Rossoneri I feel confident coming in to this one. We’re in good form. Our opposition aren’t. They’re missing one or two key players, principally Hakan Calhanoglu who had the capacity to torture us from the number ten position. Brahim Diaz replaces him; not as terrifying, in my opinion. All the same, Donnarumma is never a fun prospect to overcome. Milan protect their young number one with Kessie and Bennacer in defensive midfield, with good defenders like Romagnoli and Kjaer in shielding roles. I anticipate a close contest.

The fun starts in the twenty-first minute. Politano takes a free-kick just outside their penalty area. Kostas Manolas somehow beats the offside trap and toe pokes the ball into the near corner, a delightful training ground goal that leaves Calabria looking devastated. After that we play an evenly matched game. The red and black shirts have their moments. Especially predatory is Zlatan, but Koulibaly sees it as a personal mission to stop the Swede from adding to his legend, and with their totemic forward neutralised Milan are much reduced. They defend well also, keeping us at bay even though Osimhen looks lively and former Inter man Politano is living to punish his old rivals. In added time, with the score still 1-0 and Milan piling forward, we get a break and Hysaj fires a cross into the box. Hirving Lozano gets ahead of Musacchio and heads beyond Donnarumma into the far corner of his net. We’ve done it!