On paper, the next fixture is arguably our toughest – Juventus in Turin. Perhaps in times past this would indeed have been the case, back when Conte and Allegri were cracking heads with their juggernaut of a football club. Under Andrea Pirlo they have slipped. I think the diplomatic phrase here is ‘in transition’. The crazy part is that each of the players we face ought to have the quality to wipe our noses in it and then romp the league – Buffon, Chiellini, Merih Demiral, De Ligt, Alex Sandro, Bernadeschi, Ramsey, McKinnie, Ronaldo, Kulusevski, Dybala. Even their bench – featuring Danilo, Rabiot, Morata, Bonucci and Cuadrado – makes for a tasty dish. As it is we win 4-0, a tie that is even where the numbers are concerned, however better finishing, a greater sense of urgency and an eye on the prize make the difference. Matteo Politano and Kostas Manolas score our first half goals. As Juve try to press us in the second Hirving Lozano produces a quick brace to add the cherry to the icing of victory here. The gap between our teams is up to twenty-three points. Surely we can’t blow it now.

Taking a 3-0 lead to Olympiakos in Greece should make our progression to the Europa League Semi-Final simple enough. Just play carefully and we ought to be through. After a quiet first period, which I’m happy enough to witness, Eljif Elmas fires us into the lead shortly after the break. But then Mohamed Mady Camara conjures an equaliser, and even at 4-1 up I start to feel the pressure. Should I have fielded a stronger eleven…? The home side roar into action, trying to generate some excitement for their 32,000 supporters. Ultimately though, we are the better team. Riccardo Orsolini, the game’s most creative presence, puts us back in front, and then substitute Lorenzo Insigne comes on for the wasteful Lozano and produces the sort of shot that no one keeps out.

6-1 on aggregate then, and we will be taking on Arsenal in the semi, after they’ve seen off Leicester by a combined score of 7-4. Get past the Gunners and the Final, to be played in the Energa Gdansk in Poland, will feature either CSKA Moscow or AC Milan. 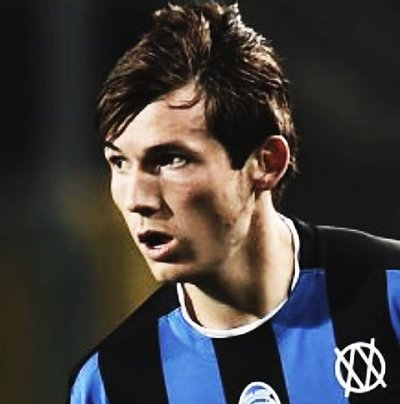 Back to Serie A, and the most insipid of 0-0 draws on a sunny afternoon at the San Paolo. In some ways I’m relatively sanguine about this. Our visitors are Atalanta, second in the division and the nearest thing we have to a title challenger. They also aren’t as good as us, and memories of our romped victory at their place linger as we fail to produce anything like as good a performance. We dominate, but Atalanta defend well, have a Man of the Match in dogged midfielder Marten de Roon, and Neapolitans go home shrugging their shoulders.

What we have done is guarantee Champions League football next season. Clearly we want more than that but meeting the board’s goal means that they can set our budgets for the forthcoming campaign. The wage budget is increased by a few hundred grand; we can now spend £2.6 million per week. It’s disappointing to learn that they have allocated me with £13.91 million to spend on transfers. It isn’t entirely unfair given the club’s balance is now a few million in the red, but the lack of ambition is a shame. Had I achieved this in the Premier League at a similar sized set-up then riches would be mine. On the plus side, there isn’t very much that we need, and that’s kind of fortunate because I don’t have much to change things around.

By now, only Juve and Atalanta can possibly catch us. They can finish on 82 and 84 points respectively. We on the other hand are sitting pretty on 81. Four points from seven remaining fixtures will seal the title for Napoli, leaving us the freedom to focus on Europe, and with Verona (away) and Crotone at home to come we should be in a position to wrap up our affairs quickly. Hellas have had a good year. They’re in seventh place and are competing for continental qualification, but we’re better and I let the players know in no uncertain terms that we ought to come away from Marcantonio Bentegodi with all three points. Some of them have the cheek to be furious with this announcement. Snowflakes.

The night before our game Juve lose at home to Roma 2-1, which removes them from the title equation. Atalanta win though, so it will take more than a victory at Verona to make things official. There’s no real urgency to get the result, similarly there are few excuses for the half-cocked work we put in during the first half. The players are in a complacent mood, feeling that they’re invulnerable, and I make it clear at the break that better is expected. Shortly after kick-off, we win a corner. Politano puts in the kick, and Kalidou Koulibaly is there to nod home. A little while later, Lorenzo Insigne is criminally unmarked at the far post when the cross floats in and he’s left with the simplest of finishes. It isn’t a match for the hipster aesthetes out there, but it’s effective and does the job.

At the weekend we have Crotone at home. The visitors are in nineteenth place and look frankly doomed, not quite as bad as Spezia – who have fifteen points to their credit – but it will take a bit of a miracle for them to prevail. Atalanta are away to Roma, a fixture I wouldn’t wish on anyone. Their game takes place on the day before ours, so if we keep our fingers crossed, stroke passing black cats, etc, it might all be over by the time we take to the field. It isn’t. The Goddess pulls off a 3-1 win at the Olimpico, courtesy of a Luis Muriel hat-trick, so we still need to grab that point. Also on my mind is the Arsenal game in several days’ time. I want to put a good side out for that one, so I am depending on some of the lesser lights to get us over the line against Crotone.

The match is a slog. We rack up twenty-four shots to the visitors’ sole effort, and enjoy more than two-thirds possession, like the little Manchester City lot that we are, however it’s decided by a single goal, Hirving Lozano finding the net after eighteen minutes. It’s difficult to say how many more we should have had. Put it down to a combination of dogged defending, luck, a dash of complacency and operating in first gear, perhaps. Not that it matters. At the end we’re shaking hands with the bigwigs of the Italian FA and given custodianship of the Serie A trophy.

As a charming bonus for clinching Serie A, £1.8 million is sliced off my transfer budget. This is due to Napoli paying that sum of money to Bordeaux as part of the deal to sign Adam Ounas. The player in question is an Algerian winger who we signed several years ago, has since largely failed to make the grade and is currently on loan with Cagliari. To summarise, I’m being punished for someone I didn’t sign and who I don’t want. Groovy.

April rounds off with a trip to London and our Europa League Semi-Final against Arsenal. Now managed by Marcelo Bielsa after the sacking of Arteta, the Gunners look destined to finish in their worse position for years and years. Currently eighth, out of reach of the Champions League places and frankly drifting, they’ve lost almost as many matches as they have won. For all that, there’s plenty of talent here. Especially notable is the contribution of young tyro Bukayo Saka, an effervescent livewire on the wing who can create something from next to nothing, an alchemist in other words.

As though to underline the comparative excellence of the Premier League, we manage not a single shot in the first half as Arsenal put us to the sword. We look tired and laboured, while the home team seem intent of taking out all the frustrations of their season out on us. Pierre-Emerick Aubameyang and Lacazette look full of slippery movement, sending my defenders spinning in their wake, however they don’t open their account until the hour mark when Koulibaly concedes a penalty and the Gabonese forward slots coolly to Ospina’s left. Forced to play with a more positive mentality, Victor Osimhen snatches one back and then Kostas Manolas finally puts us in front when he heads in from Mario Rui’s corner kick. But Arsenal don’t deserve to lose, and some late sustained pressure reaps its reward when Dani Ceballos produces an equaliser. 2-2 is a very promising scoreline to take back to Italy, considering the strength of the opposition.