The schedule continues to play merry hell with us. Thanks mainly to our continued participation in the Europa League we continue to play two games per week, which is heavy work and demands constant scrutiny of the risk assessment and continual squad rotation. Eleven Neapolitans are now considered to be at high risk of picking up an injury. Sometimes players getting knocks is just part of the game. It happens. But I can exacerbate the problem, and in swapping the boys in and out of my starting line-up I hope to minimise the possibility of making things worse.

PSV Eindhoven are first up, at home for this leg. Their manager Roger Schmidt, one of the sexy new breed of German head coaches, plays a Tiki-Taka style, which makes them quite similar to ourselves. The scouts think they aren’t as good as we are, similar in terms of attacking figures but leakier in defence. This is probably borne out when I look at their forward line, which pairs Mario Gotze – scorer of the winning goal in the 2014 World Cup final – with young gun Donyell Malen. A fine pair of players for my defenders to cope with.

Victor Osimhen and Kalidou Koulibaly both score during a quick first half double, and then we get to spend most of the match holding off the Dutch response, which is more muted than I might have expected. They get very little time or space in our half, and their best effort is a Van Ginkel dip from close range that Ospina deals with via his legs. It finishes 2-0, a decent lead to take back to the Netherlands, though it could have been better with Lozano especially wasteful with his opportunities; perhaps he was conscious of producing too much against his old team. 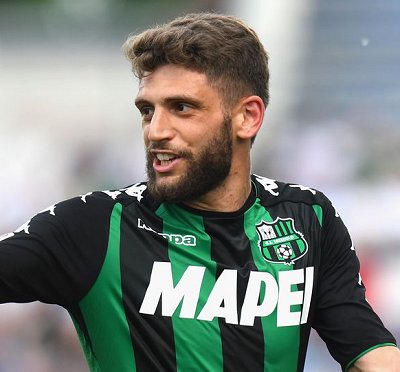 It’s back up to northern Italia on Sunday to take on Sassuolo. The Watermelon Peel are resolutely mid-table, going nowhere, and I expect a victory here, especially as they are missing so many first team players, including Napoli target Domenico Berardi. I get it too. After dealing with some early home team forays that are more of the hit and hope variety than artistic Lorenzo Insigne fires past Consigli from an incisive break along the entire length of the pitch. A Marlon own-goal just after the half-hour mark makes it 2-0, and we can even afford to watch the keeper save from Mertens’s weak penalty kick without losing too much perspiration. As Sassuolo try to rally in the second period, Matteo Politano volleys into the top corner to put the seal on our victory. The home team resort to foul play and grabbed chances, and luckily we emerge without any fresh injuries.

The return leg against PSV turns into something of a classic for the neutral. Not for me, though; for me it’s horrible, a roller-coaster in which the Dutchmen look at times like ripping up our lead. It’s all going so well when Hirving Lozano gives us the lead shortly before half-time, but then the home side come roaring back. Eran Zahavi places his shot into the bottom corner moments before the whistle and then they score again early in the second via Marco van Ginkel’s admittedly lovely volley. At this moment I can only sense a defeat. Davide Santon has started well, putting in a gloriously timed challenge to part Gotze from the ball in the penalty area, a pinpoint tackle, but he’s beginning to wilt under pressure. Armanda Izzo is especially bad. Koulibaly comes on to shore things up at the back. Also on the field by now is Lorenzo Insigne, who scores in the eighty-second minute to square the scoreline on the night. He goes off injured shortly after that, a twisted knee that will keep him out for the best part of a week, and then Malen scores, a goal that is mercifully ruled offside.

So we prevail, 2-2 and 4-2 on aggregate. What looks like a straightforward passage to the Quarter-Final has in fact been anything but; PSV put us through the wringer here. The million-pound bonus for crossing the line is quite nice. The draw for the quarters is also, I think, relatively kind. We get Olympiakos. Overcome them, and it’s Arsenal or Leicester in the Semi-Final. 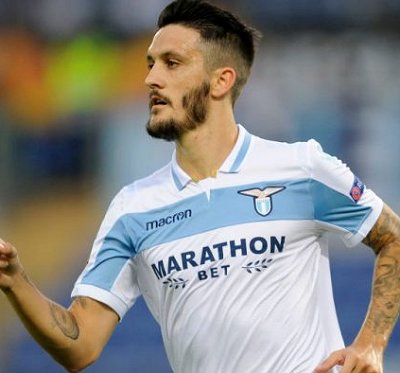 A double-header of ties against Rome-based, Serie A challengers follows. Lazio first, then Roma. The sky blue half of the capital are in fourth place, and in Luis Alberto have an attacking midfielder of real quality, a ‘must sign’ according to my scouts, who obviously know the location of the £100 million war chest we would need to spend on him, because I certainly don’t. Luis or not, we should be able to win and I am optimistically going with the thought that we have a particularly good record when we play against similarly talented option. And win we do. The game is more end-to-end than I would like. They actually have more shots than we do, and at times we seem content to come out on top of the yellow card count rather than the match. That said, Immobile is injured for the visitors. Calcedo plays. He’s handy rather than a scoring ace, and we have Dries Mertens, who is impossible to play against on his day. This is one of those occasions when he struts his funky stuff, scoring two goals – both involving a good deal of skilful approach play – to make the difference.

A chance to breathe, and then we give the stadium a quick lick and polish so that we can welcome AS Roma. The scouts rave about the side in fifth place but suggest that they’re especially weak in goal. Alisson Becker used to occupy their net. These days it’s Antonio Mirante, an ancient Italian whose best spells came with Parma and Sampdoria. We need to be respectful towards their wily, aging forwards, Edin Dzeko and Pedro, while young centre-back Gianluca Mancini could be on our summer shopping list.

This one goes ill for us. A weight of fatigue has settled into our play, heroes like Mertens completely failing to lift his game once again. It looks as though the She-Wolf is in the same predicament, but very late on a long throw from Smalling finds Dzeko in the box and his scoring feet do the rest. A home defeat, one played before a rare capacity crowd. Way to send them home smiling…

A battered and bruised set of Blues heads off to Genoa for our last fixture of the month before the international break takes over. Threatened with relegation and in very real danger of drifting listlessly towards their destination, the team that is nicknamed the Old Fool without irony should be due a whupping, but I’m happy to take any kind of win at the Luigi Ferraris. It isn’t pretty but we do it, a training ground move that finds Politano crossing for Victor Osimhen and the big Nigerian producing a moment of magic with his feet. For the home side, taking on a haunted look as though staring into the headlights of Serie B, it’s turgid and mired in dirty play. They haul on Goran Pandev to try and make a difference. The Macedonian relic, a throwback to more glorious times for Italian football, hasn’t scored a goal in twenty-eight appearances this term and never comes close to changing that here.

Despite messing up against Roma we have opened a fifteen-point gap in the division. Napoli can finish no lower than seventh, which pretty much guarantees a prolonging of our continental adventures in 2021/22, however we are gunning for an altogether bigger prize.