Lyon really want Elseid Hysaj and pepper us with transfer bids as the window draws to its close. The Albanian isn’t interested and, with fit and ready full-backs in short supply, neither am I, so I am happy to reject their last offer, which amounts to £13.25 million. Real Hispalis’s effort to pay good money for Andrea Petagna is a different matter. Our third-choice striker isn’t good enough, I feel, and their final offer of £6 million represents a chance to cash in on someone who last appeared against Milan in the league and did precisely nothing. The transfer money’s okay but the saving on his £59k weekly salary is like gold dust to us. I need to address our issue at the back, namely the loss of Grimaldo that will see him out throughout all of February and most of March. Davide Santon is on Roma’s transfer list. I have no interest in signing him outright, but getting him on loan for the season’s remainder is definitely of interest to me and that’s exactly what I arrange.

Elsewhere there are rumours, gossip, especially about the ‘Insigne to Liverpool’ non-story, but nothing solid, and by and large I escape the transfer window intact. Money’s tight at the San Paolo. This needs to be viewed in relative terms. There’s a plethora of sides in real financial danger, which we aren’t, but my hope would be to make large-scale upgrades to the squad in the summer and I’m not sure that I will get that opportunity, not without first selling one of our crown jewels, like Fabian de Bruyne or Lorenzo Insigne, and quite frankly I would rather not go down that particular road. I fully expect that we will be in the red by the end of the season, at which point prize money and sponsorship income will make all the difference. An effort by the supporters to haul their sorry arses into the ground on a consistent basis would amount to a very nice bonus. We’re all in this together.

Another packed month of football follows. We will be playing just four league games, but there’s also the two-legged Italian Cup semi-final, and the resumption of Europa League hostilities with Lille on the horizon.

We go into the Udinese cup game at home with Eljeif Elmas an injury doubt, courtesy of a pulled groin (don’t ask), and Riccardo Orsolini has been sent home with a cold. Juve and Inter come to an indecisive 0-0 draw in Turin, which sounds like fun. We’re hopeful of a big result here, and my fingers are crossed for Giovanni di Lorenzo, back in the starting line-up for the first time since early December.

I’ll confess that I didn’t think the semi would coax such a nervy performance out of us. In my head Udinese are here to be steamrolled, but it’s a tense and uncomfortable occasion. The one highlight is a lofted long pass from Fabian that finds Victor Osimhen in line with the opposition defence. The Nigerian’s sweet volley does the rest, however despite piling on the pressure we can’t produce anything further and it finishes 1-0. At least we don’t concede, I reason, but for me this ought to have been more emphatic.

I sometimes think we’re at our best in potentially tough encounters. Such is our away day at Fiorentina, which produces a 4-0 victory and an effervescent performance. It’s also a bit vexatious. In my mind constantly is the need to find alternatives for Dries Mertens. Now 33 and surely on the slide, my hope is to slowly ease Osimhen in at his expense, which seems like the obvious thing to do. However, when the Belgian produces an afternoon’s work like the one he conjures up here – two goals, one a brilliant dribble through the defence before slotting home, and two assists – it feels as though I’m back at the drawing board. Obviously, the problem of a brilliant aging forward isn’t really a problem at all, and I’m grateful to him for his brilliance. Lorenzo Insigne and Matteo Politano also make the scoresheet, while the Viola, including Ribery, are reduced to scraps.

For my part, I would happily take easing through the cup games for solid victories in Serie A. In midweek we’re off to the far north-east of Italy for the return Italian Cup leg against Udinese. The town of Udine is pretty indeed, particularly the medieval centre, but we aren’t here for fun and as it is the game is played in sub-freezing conditions. An eerie and still atmosphere of deep cold, which isn’t what we are used to as southern softies, used to working in balmy Mediterranean climes, but oh well. 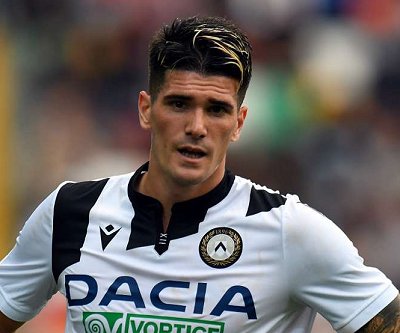 We’re bad here. The home side go ahead through Rodrigo de Paul, to tie the contest, and then laugh at us as we fail to find a reply. Even when the goal-scorer tries to help by being sent off for two yellows we still can’t find a way through. This is the group of players that put four past Fiorentina, past Juventus for crying out loud, and we’re rendered weirdly toothless. I make my changes, still nothing. We go to extra time, no goals and indeed the best opportunity falls to Udinese’s Deulofeu who thankfully shoots straight at Ospina. Then penalties, and a saved effort from Elmas that sends us cascading out of the cup. Had we gone through via the lottery I still wouldn’t have been especially happy; as it is we have suffered a real blow.

Maybe playing in conditions that aren’t natural to us makes a difference. One thing for certain is that shouldn’t be a factor when we come to take on Bologna at the San Paolo, in the twenty-second match of our league campaign. There’s a need for us to stay on track, to not let the bad result at Udinese have an adverse effect on everything else, especially to not give time and space to Roberto Soriano, the Bolognese attacking midfielder who counts as their star man.

Bologna come to defend. They’re decent at it, holding on to the ball greedily when they have it, trying thoughtfully to bring Soriano and Viviano into the action to make something happen. But when Fabian crosses for Dries Mertens’s lashed in opener on thirteen minutes the evening is ours. Matteo Politano and Lorenzo Insigne pad out their accounts in the first half, and Riccardo Orsolini adds a fourth against his old team late on to seal a grand victory. The fans are loving life at the end of this one, just a shame that more of them don’t come to the stadium to express their pleasure.

Lille in the Europa League are next. We’re playing the away leg first, up near the Belgian border and nervous about taking on a good French outfit. They’re second in the evocatively named Ligue Un Uber Eats – no prizes for guessing who’s top – and in midfielder Renato Sanches sport a player who commands respect. We’re also concerned about the possible impact of Ikone, one of three Lille attacking midfielders named Jonathan, along with the raw potential of Timothy Weah, George’s boy. It turns out they aren’t nearly as good as those names suggest. What they are skilled at is dirty play, a flood of bookings and Orsolini going off with what emerges as a fractured toe and up to three weeks out. Victor Osimhen finds the single strike that decides the game. Some crisp passing moves between the Nigerian and Lozano ends with the striker having the simplest of finishes. 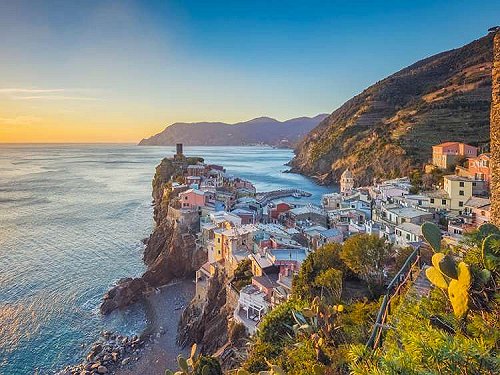 Two days later and we’re on our travels again, this time to Spezia in Liguria, the north-west of Italy, or the upper thigh if you will. Our destination is a pretty coastal city, which also serves as the country’s naval base, hence the number of macho types, chests puffed out as though Maradona is everywhere. Their team is in nineteenth place, seemingly destined for the drop though morale has been raised with a 2-1 victory over the even more hapless Crotone. Either way, there are no excuses for not doing well here.

Whenever we take on a side we’re expected to beat soundly a sort of malaise creeps into the players, as though they think they can go to a place, hold out their hands and declare ‘Points please.’ Sometimes it works because the gulf in quality is plain to see. Victor Osimhen heads us a goal in front late in the first half, and that’s how it remains, however without the cushion of a bigger lead the rest of the proceedings take on an edgy quality. It’s fortunate perhaps that the Aquilotti have very little in the tank and no presence on the flanks, so we can still claim a routine 1-0 result, and I suppose in the end that’s what matters, but I would like to see more joy in our play. As it is I’m made to praise our defence in the post-match conference, whereas in reality they have had little to do.

More nerves to be held in the Europa League home return leg against Lille. We’ve brought a 1-0 lead back and progression is completely in our hands; additionally I’m keen to grasp whatever monies we can reap from the continent’s lesser competition. A bumper crowd shows up for this one, which seems to have an energising effect as a largely second string eleven pulls the French team apart. We’re 4-0 up at the break, the pick a long range volley from Stanislav Lobotka that ripples the back of the net satisfyingly. Five minutes are on the clock when that happens.

Our 5-0 aggregate victory gives me hope that we’ll go far in the competition. The prize money of, er, £456,000, is quite nice, I guess. The downsides are the injury to Hysaj, the consequence of more physical play from Lille, which fortunately isn’t worth more than a day or two’s rest. Demme picks up his routine yellow card; his most recent misdemeanour suspends him from playing in our next Europa League adventure. This will be against PSV Eindhoven. We’ve avoided Arsenal (who have sacked Arteta recently); they get OGC Nice. Milan will face Marseille.

On the last day of February we’re entertaining Cagliari. They’re in mid-table, and once again we are firm favourites with the usual caveats and concerns about taking them seriously. I’m advised that the opposition play a Route One style, which seems to be the sort of throwback that the twenty-first century should more or less have abolished. The system works, though. They’re Serie A’s sixth highest goalscorers, albeit highly porous at the back. I’m starting to see why the attendances drop for games like this. It’s largely highlight-free, Hirving Lozano scoring the goal that splits the teams while Mertens and Politano are at their most diffident. The visitors don’t get a shot on target.

As the old cliché goes, it’s the result that counts. This one helps to increase our lead in the division, with a twelve-point gap opening to Atalanta. It’s a long way from being over, particularly if Juve start hoovering up the wins, but that’s exactly what we’re doing and to me it doesn’t feel as though we will drop enough points to choke the league. Manolas and Koulibaly are named in the Serie A team of the month, and that shows precisely where the core of our strength lies. We’ve conceded four goals all season, an average of one for every six games, which by anyone’ standards is fairly awesome.