Napoli made close to a £6 million financial loss in November. Wages are of course the big expense. What we pay is not nearly matched by ticket sales and playing in the Europa League doesn’t help very much either. The financial projection has it that we will end the season £19 million in the red overall, which could have an adverse yet logical effect on how much the club offers me for new players. I’m thinking about how we can improve the situation, perhaps starting with a review of the forty-three Blues who are currently out on loan. Some of these are kids. Others – Adam Ounas at Cagliari, Amin Younes who’s currently with Eintracht Frankfurt – have resale value and continue to drain on our resources. Making it into next year’s Champions League will help also.

Lorenzo Insigne is named Player of the Month. The board are happy with me, conferring an A grade for my work, and our winning ways are having a good effect on squad morale. Twenty of our twenty-four man squad are now on my side, including all the team leaders – Mertens, Koulibaly, Insigne – and that makes for a happy camp. All good. The fine times will hopefully make a positive effect during our testing December schedule.

Before the considerable challenge of Inter we’re at home to Viktoria Plzen. There’s no way we can finish anywhere but at the top of our group, so it’s a case of getting through the game and keeping the players fit. Neither participant seems especially interested in the proceedings, though we’re more than good enough to win without trying too hard. Eljif Elmas opens the scoring, and there’s an incisive brace from Victor Osimhen to produce a breeze of a 3-0 win. Diego Demme doesn’t get booked, which shows how much he cares. Most importantly, we emerge from it unscathed. 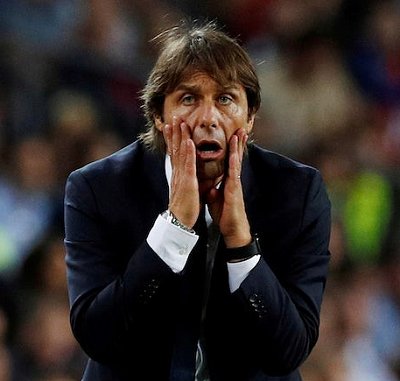 Onto Internazionale then, which the fixture kindly gives us a day to recover for. It should be a good time to face Antonio Conte’s title challengers. They’re in thirteenth place, indifferent in Serie A, with a squad of disparate talents that refuses to gel. All the same, a forward line starring Lautaro Martinez and Romelu Lukaku is no one’s idea of a joke. Koulibaly and Monalos will have to produce their A-game here.

For long passages of play, this one is a complete snoozer. I would be happy with a draw, particularly if that comes with eleven fit bodies emerging from the field, and for much of it that seems to be exactly what I’m going to get. The Nerazurri turn out with a bank of three centre-backs and three central midfielders, and they’re hard to break down, however it’s equally tough for them to push forward to their two strikers, who too often cut distant, remote figures. In the second half, Di Lorenzo is removed with an injury. Scans will later show the right-back has broken his toe, which will keep him out until mid-January. On the plus side, we produce a winner very late in the game, a culmination of some very positive play when Victor Osimhen emerges from a goalmouth melee with a tap-in effort. Inter, defensively minded and unable to change their ways, produce no reaction.

Would I take the victory at the cost of an important first team player? I would not. Di Lorenzo has been excellent so far, and his is a big loss. All I can do is tell him that his place in the first eleven is assured once he’s returned, which seems to have a positive effect. In his place, the obvious choice is Elseid Hysaj, who’s done a good job for us in the Europa League. Andrea Izzo and Nikola Maksimovic can also play here.

One more group game in the Euros to come, in Denmark as we travel to entertain FC Midtjylland. On the way I am asked to bat away rumours that Stanislav Lobotka could be going to play for Guangzhou in China, which I am happy to do. The Slovak is back in the line-up for this one, and I’m pleased also to be able to place Lozano and Politano on the bench. We will need to give Insigne and Orsolini some relief on the left wing.

As tricky as our selection dilemma might be, Napoli have far too much for the Danes who suffer a 3-0 defeat before their home supporters. Lorenzo Insigne crosses for a Riccardo Orsolini volleyed strike before the break, ahead of the diminutive winger adding one of his own, and before the end Nikola Maksimovic scores from a set-piece. I have the luxury of bringing on Politano and Lozano for the entire second half, giving them some invaluable match practice ahead of the home game against Juventus.

Along with Arsenal, we are the only Europa League entrants to have won all six matches, and we carry an identical record to the Gunners – nineteen goals scored, one conceded. I’m disappointed about the one, obviously. As a reward for achieving first place we are awarded £913,000. Not a bad bonus, though if we were in the Champions League the windfall would have been worth more than eight times that amount.

Ahead of Juventus, the news filters through that Inter have sacked Conte. I can’t help but feel like I’ve made a small contribution to his downfall. Madonna has been put in temporary charge, perhaps because the team like a prayer, but it turns out to be caretaker manager Armando Madonna. The one they really want to take over is Marcelo Bielsa, which has a worrying ring of common sense about it.

The Old Lady might be nine points behind us, but they’re still a formidable opponent. Any team that can wield Cristiano Ronaldo needs to be respected. They’re without Dybala and Ramsey, and that helps, however we won’t be taking our eyes off the other riches available to Andrea Pirlo. Juve have put Federico Bernardeschi up for sale, at the sort of price – £7.75 million – that we can just about to afford. It’s tempting to add another Italian to bolster our attacking ranks. As we plan for them, I catch the draw for the first knockout round of the Europa League. We’ll be playing Lille in February; they sold Osimhen to us in the summer.

Our black-shirted visitors turn up with an all-star eleven. Szczesny’s in goal, ahead of a back three featuring Chiellini, Bonucci and De Ligt. Alex Sandro and Cuadrado operate as wing-backs while Ronaldo and Chiesa play in the wide forward roles. Their central midfield of Rabiot and Arthur lie in support of striker Morata. They’re a jaw-dropping sight, guided by the coolest manager in world football, however they have made a middling start to the campaign and there has to be a reason for that. From the opening kickoff, we pile into them. That Old Lady defence may be illustrious but their two aging centre-backs make for a ponderous beast. Fabian De Bruyne opens for us in the eleventh minute, cutting through the entire Juve team before unleashing a shot into Szczesny’s far corner. Three minutes later and it’s 2-0. Orsolini’s long ball finds Dries Mertens breaking the offside trap. He does the rest. Piotr Zielinski finds the net just after the half-hour mark and Lorenzo Insigne adds a fourth early in the second period. Juve’s substitute striker finds a reply very late in the game, a consolation that spares none of their blushes. They’ve been shown up here, and for now Football Manager seems very easy.

A combination of squad registration rules and operating on slender means makes any potential move for Bernardeschi a non-starter. A pity, but maybe it just wasn’t to be. In the meantime, I receive the preview of this year’s youth intake. The signs are not promising. Then again, for such a big club Napoli’s junior coaching is considered to be adequate and our youth recruitment is rated average. Unless by sheer dumb luck a prodigy emerges we will never be growing our own future Maradona. Some work here is needed.

In midweek we’re away to Atalanta, who are currently second in the division. The self-titled Goddess might have crashed out of their Champions League group, but they continue to work as the little team that can, the Parma of their era. I do little to change the side that downed Juve. Politano comes in for Orsolini, whose fitness levels have not recovered fully. Ospina and Osimhen start, as we prepare for a difficult visit.

We needn’t have worried. Fabian puts a defence splitting pass through for Victor Osimhen in the eighteenth minute, the striker sliding the ball beyond Gollini to put us ahead. After the break, Lorenzo Insigne nets a hat-trick that pads out our lead even further and allows me to rotate the side based on fitness. 4-0 doesn’t even flatter us. The home team have their moments, the best a Muriel effort that Ospina parries for a corner, but Alejandro Gomez aside they are surprisingly brittle. It isn’t all good news. Late on Tiemoue Bakayoko is sent off for a second yellow, and before the end Alex Grimaldo picks up a pulled knee ligaments injury that will remove him until after the winter break. All the same, we’re now eight points clear.

Next up are Hellas Verona at home. I’ve earmarked this one for some heavy squad rotation as the same players have run themselves into the ground recently. Their big threat is Nikola Kalinic, the Incredible Hulk of a forward who I chiefly recall for doing very little with Blackburn Rovers. A striker who has the height advantage can cause problems for anyone, so we’ll be keeping a close eye on him. I’m also a bit of a fan of English midfielder Ronaldo Vieira, here on loan from Sampdoria and someone who grew into a figure of authority in my FM20 Derby game. 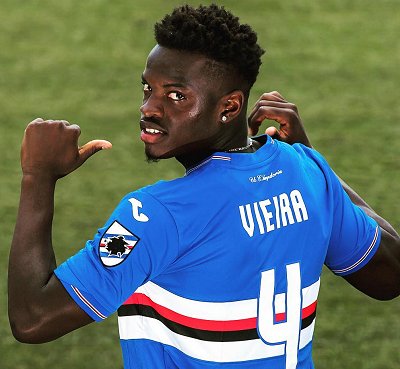 A messy goalmouth melee from Mario Rui’s corner results in Riccardo Orsolini’s opener. The full-back then enjoys the rarity of a goal direct from his beautifully struck free-kick. But in the second half Verona scare us. Gambian sub Embrina Colley scores for them and we spend the last ten minutes spooked, before a gorgeous chipped effort from Lorenzo Insigne deep into injury time calms our nerves.

Naturally the visitors score from their single on-target opportunity, part of which I put down to fatigue. One more to go, away to Crotone, and then we can enjoy a ten-day break that will carry us into the new year. They’re newly promoted to Serie A, in seventeenth, missing their leader and former Neapolitan Luca Cigarini because of injury. There’s a feeling of us going through the motions by this stage. Everyone seems ready for a break and the Crotonians look happy to defend against us, watched by 6,535 politely interested supporters. Despite maintaining pressure throughout, it appears that we will finish 0-0. Defensively we’re okay, but there’s a leggy predictability about our offensive areas, especially Elmas who is being given the stage to shine and instead vanishes from the action. Only a flurry of late substitutions and Lorenzo Insigne pulling off a wonder goal with about ten minutes remaining spares our blushes. Not a majestic way to finish the season’s first half.

Despite that, Napoli has opened up a ten-point lead in the table. We look good, a class apart really, with Fabian De Bruyne second in the Serie A form table (behind Roma’s Jordan Veretout) and having dropped two points within the league. As if this isn’t enough of a high point, the head coaches of Serie A are polled to vote for their Manager of the Year…