The close of the transfer window is imminent. Before that happens we are entertaining Fiorentina at the San Paolo. This has the potential to be tough. In my mind il Viola traditionally sit in that gap between the front runners and mid-table, never quite threatening the top but always worthy of respect. There was a time when all this changed. In the early part of this century liquidation very nearly wiped them out of existence. They were reprieved by being allowed to claw their way back from the old Serie C2 level, which made for a fascinating experience with them on (what used to be) Championship Manager. Despite scrabbling the pennies together Firenze were nevertheless an obvious big fish in their small pond and even retained the likes of Italian international Angelo di Livio to help them climb their way back towards the top. If memory serves, they also showcased the talents of a young(er) Fabio Quagliarella. 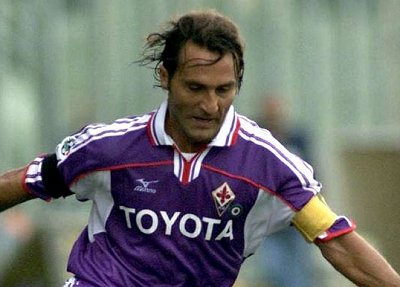 That’s long in the past now and the team is back where it surely belongs, not winning very much (they made the Italian Cup final in 2014) and sporting perhaps my favourite of all club strips. Honestly, it isn’t easy to get away with violet. These days they can call on the aging services of Franck Ribery, now 37 and earning one last big pay day before moaning his way towards retirement. Midfielder Gaetano Castrovilli is on our shortlist, and former Milan star Giacomo Bonaventura is now here. Their biggest name is out on loan, Federico Chiesa with the Old Lady ahead of a permanent transfer in the summer.

For our part, David Ospina is the only casualty. He’s out with a thigh strain, which will probably take him off the radar for the month and gives Alex Meret an opportunity to shine. As you will be aware, Meret is my way for the future, a keeper with limitless potential.

We win 4-0. All our goals come in the first half, braces for Dries Mertens and Fabian (who I am beginning to think of as the De Bruyne of Serie A) as we simply overrun them. There’s an especially fine debut for Riccardo Orsolini, who comes on for the injured Politano (nothing serious) and makes two assists, but the match ball clearly belongs to Fabian. Everywhere at once, enterprising and capable of doing something exciting whenever he’s on the ball, the Spaniard must be the subject of Viola coach Prandelli’s nightmares. The virtuosity of our first half play is so emphatic that we can shift down a few gears after the break, happily holding the opposition at bay while keeping possession.

I’m nervous about the last passages of the transfer window. The orderly queue for Fabian’s signature grows, and while I figure we could get a big fee for him my sense is that he’s pretty much irreplaceable. Who can come in and do the kind of job that he does? Fortunately the midfielder isn’t in a rush to leave and the offers never arise, indeed it turns out to be the quietest of windows closing. That’s fine with me. Marseille make a £3.4 million offer for Elseid Hysaj, but I’m not inclined to let him go and the matter ends there. The Albanian is in the last year of his contract and a new deal flies in his direction.

After the clicky fun of the international break we are off to Renato Dall’Ara to face Bologna. Close to the foot of the division we come into this one as favourites, which we underline in the thirty-ninth minute when Mertens’s free kick is volleyed in by Piotr Zielinski. After the break De Silvestri concedes a penalty for the home team when he puts in an illegal challenge on pocket rocket Insigne. An opportunity to put the game out of sight, but Mertens shoots wide and 1-0 it remains. As the players wilt and I’m forced to order an increasingly cautious approach, Barrow scores for Bologna but it’s clearly offside, and we emerge with three points in the bag. Not the best or most memorable performance, indeed we look tired and disinterested for long swathes, but it’s a win. 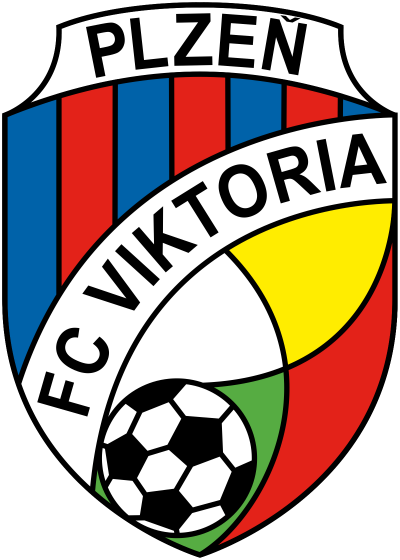 Viktoria Plzen of the Czech First Division are seen as the second strongest members of our Europa League group. It might be a good thing, to get the draw at Stadion Mesta Pizne out of the way early. A sunny evening, watched by around 12,000, sees us put out a massively changed eleven. Osimhen and Izzo get their full debuts for the side. Only Meret and Koulibaly of the regular line-up live to fight this one. We rush out to a quick 3-0 lead, a hat-trick for Hirving Lozano who pulls every trick out of what emerges as a thick book to put us in complete control. On the opposite flank Orsolini tries to emulate the Mexican’s brilliance with some showboating, but desperate long shots are often exposed as, well, as desperate long shots and there’s no need for him to try and earn his money in this way. Though Lozano will no doubt capture the headlines it’s a terrific team performance, as we see that 3-0 cushion through to the end of the game.

Back in Italy, where we are hosting Spezia Calcio on Sunday. The opposition are not only newly promoted from Serie B, but I also believe this is their first ever stay in the top flight. Digging a little deeper into their history and it seems their supporters are lucky to have a club at all. After declaring bankruptcy in 2008, they were refounded as a Serie D team and have been climbing steadily up the ranks ever since. They are currently ninth after victories over Crotone and Udinese, however my expectation is that we will win here rather soundly. It isn’t as though I am devoid of romantic sentiments for a little team that’s living the dream, however the hard reality is that we aren’t here to do them any favours.

Attendances at the San Paolo are rarely great. It’s a big and impressive edifice, iconic really, but like much of this city it could use some tender loving care. We rarely come close to hitting the ground’s 55,000 capacity, and perhaps it’s with this in mind that the board uses this occasion to organise a Fan Day. More than 41,000 Neapolitans show up, a good day, and they’re treated to a 3-0 romp. A first half during which we dominate without ever capitalising finally culminates in Kostas Manolas’s headed goal shortly before the whistle. After the break Tiemoue Bakayoko and Matteo Politano add strikes of their own, the latter named Man of the Match after being endlessly creative on the right wing. Only Mertens ends with a rating below 7.0, which shows the focus of the visitors’ attentions. As for Spezia’s efforts, they’re restricted to three off-target shots, which I think is broadly reflective of the difference in quality between the teams.

A winning October leaves us at the top of Serie A (click the graphic for a magically bigger version) by the month’s end. Only Milan, who robbed us of those two points in the season’s first game and have produced an identical record, are keeping pace with us. Things are going well, and I can tell that they are because in press conferences the media types aren’t treating everything I say like verbal poison and are now politely indifferent. That’s progress.

One more tie to complete before we enter November, and that’s a home game against Football Club Midtjylland of the Danish Superliga. Their big danger is considered to be Pione Sisto, a 25 year old left winger who has claimed twenty-two caps for the Red and White, but as against Plzen I’m seeing this as an opportunity to field some of the side’s squad players. David Ospina is back in the eleven for this one, and with something to prove, Meret’s presence coinciding with the Blues becoming almost impervious at the back.

As early as the fourth minute Sisto shows his quality when he makes a surging run from the Midtjylland half, only restricted to hitting a weak shot that goes nowhere when he’s surrounded by three defenders. Ten minutes later and we’re ahead. Orsolini cracks off a long effort that thwacks off the post. Lozano is there to collect the loose ball and picks out Victor Osimhen at point blank range, leaving the Nigerian with a simple tap-in to make it 1-0. Lorenzo Insigne, who’s on for the injury doubt Lozano, adds a second before half-time when he volleys in from Hysaj’s cross. Armando Izzo scores his first goal for us in the seventy-second minute when he heads home from a corner, and the deconstruction of our Danish opposition is complete.

Again, we have managed to attract a good crowd. 43,189 Neapolitans brave the rain to cheer us on, anticipating a sound victory, which is exactly what they get. The only sour note is the visitors’ propensity for violence. Mario Rui comes away with a bruised ankle. It’s a bruised groin for Hirving Lozano. Neither injury is worth more than a day or two of rest, but the well of players to pick from isn’t endless and I could do without facing the likes of Steffen Moller, Midtjylland’s uncompromising full-back who is clearly on first name terms with each of his boot’s studs.