I was thinking of running a lower league management exercise as my big FM 2021 game, however my comfort zone is to try my hand at bigger clubs, specifically restoring some semblance of glory to former giants. The Glory Hunter challenge, set up and devised by Doctor Benjy FM on YouTube, was one of my great delights on FM20. It favours the kind of game that I really like to play, and it’s harder than it looks.

Here are the rules:

Who to start with? I don’t want to open with a Champions League team, rather opting for a place that offers good prospects and room for improvement. A small transfer budget and a very decent squad would also be nice, thank you. My choice as the opening team is Italy’s Societa Sportiva Calcio Napoli, or simply Napoli. 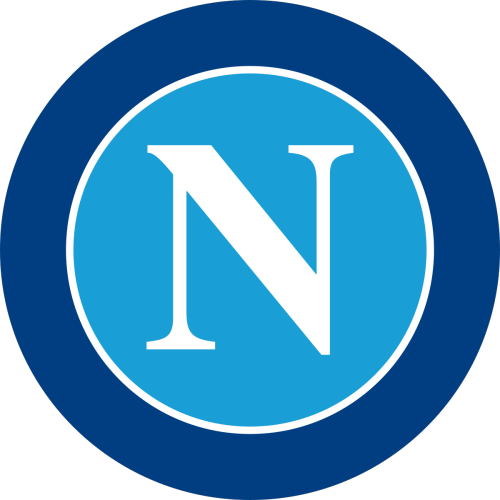 Why them? Well, whilst I enjoy playing in Serie A very much I have never taken on the southern Italian big guns. My favoured picks are the two Milan giants, but been there and done that, and maybe it’s time to have a go at restoring glory to the team that plays in the shadow of Mount Vesuvius. As I write these words Etna is erupting on Sicily, and wouldn’t it be nice for the old Pompeii smiter to blow its top at the same time? Er no, I guess it would not, thinking about it.

Another reason for picking them is that for some years they were Juventus’s closest challengers in Serie A. While other teams struggled to get their act together on anything like a consistent basis, the Blues – managed by chain-smokin’ Maurizio Sarri – kept the Old Lady on her toes and at certain moments looked like putting a serious dent in that record of exciting consecutive league titles being amassed in Turin. They didn’t quite manage it, and as the likes of Milan, Inter and Lazio have rejoined the race there’s a perception that Napoli are entering a gentle period of falling off the pace. They finished in seventh place in 2019/20, winning the Coppa Italia to add some gloss to a disappointing league campaign and qualifying for this year’s Europa League.

I would have sacked Gennaro Gattuso off the back of that, and sure enough that’s exactly what they’ve done, replacing Mr ‘Sometimes maybe good, sometimes maybe shit’ with a plucky English manager who’s on a personal crusade to win everything that European football has to offer.

What have I got myself into? The first obvious issue is that Napoli may have fallen out of the Champions League and yet they are financed to belong at that level. Only Juve and Inter have a larger wage budget than ourselves, with Roma broadly on the same footing as we are and Milan, Lazio and Fiorentina run along more modest means. For the record, we have a budget of £2,274,899 to squander on a weekly basis, and our committed spending is precisely at that level. The board has made a limited transfer budget of £15,900,720 available to me, about half of what remains in the bank, but obviously it’s meaningless if I don’t open some wriggle room by selling players.

The good news is that the Blues start the game with a pretty good squad. I’ll go into the players in more detail below, but the situation is highly promising albeit with a premium on homegrown talent. The only two squad members who are homegrown within the club are talismanic forward Lorenzo Insigne, and Nikita Contini, our back-up keeper and the subject of an old Elton John ballad. We do meet the Serie A requirement of having eight first team players who were trained in Italy between the ages of 18 – 21 – they are Contini, Alex Meret, Giovanni di Lorenzo, Elseid Hysaj, Insigne, Matteo Politano, Piotr Zielkinski and Andrea Petagna. All the same, the board preference that I sign players from my domestic rivals is a key one, I feel. A stronger Italian presence within the ranks would be good. More former Neapolitans is an ideal. That means scouting the likes of Amadou Diawara, Armando Izzo and Camilo Ciano, otherwise we will be stuck on registering no more than twenty-three players for the first team, and that isn’t ideal.

I start with a staff base that is pretty small. We have six coaches out of a possible nine, so there’s scope to recruit some people here; no Technical Director, Loan Manager, and space to find more scouts. For me, good staff levels – both in terms of numbers and quality – is of paramount importance. There’s work to be done here.

Napoli expect a Champions League qualification place as a bare minimum, which clearly illustrates the club’s outlook. Based on how much we are spaffing on wages I agree that this is a requirement. In the cup competitions they want us to reach the finals of both the Coppa and the Europa League, though these are preferences so a good league finish will probably keep me in the fight. 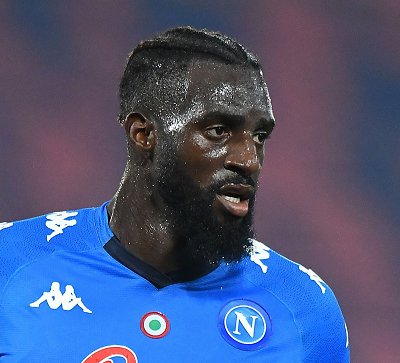 In terms of tactics I like to play a 4-1-2-3 formation, balancing defence and attack by fielding a dedicated defensive midfielder. In instances where we have to try and overwhelm the opposition we can switch to a 4-2-3-1, sacrificing the DM for a central attacking midfielder. There’s scope within the squad to operate either system. We have Tiemoue Bakayoko, his most recent loan destination after Chelsea squandered nearly £40 million on him back in 2018, who can operate at DM. Fabian and Lobotka are natural fits here also. If we choose to go with an AMC then Mertens – normally an attacking forward – is a happy shadow striker; Macedonian midfielder Eljif Elmas is a perfectly fine alternative choice.

We have some stars. Though I was a big fan of Mohican wearing midfielder Marek Hamsik, who now plies his trade in China, there are some Neapolitans about whom it’s worth being excited. The cause is anchored by elite, hulking centre-back Kalidou Koulibaly, a Senegalese international who you know must be all right thanks to his perpetual link with Manchester United. The side’s vice-captain and a team leader, ‘Kouli’ is good enough to be picked without any reservation. During their ‘challenging’ years Napoli’s excitement levels were piqued by forwards Lorenzo Insigne and Dries Mertens, still here and as potent as ever. Before my arrival the club lavished £64 million on Lille’s Nigerian striker Victor Osimhen, who will expect plenty of playing time. Polish advanced playmaker Piotr Zielinski is an excellent central midfielder, possessing the kind of silky passing talent that should make him essential within a set-up that requires us to move the ball quickly and with fluidity.

There’s talent available at the San Paolo, no doubt there, but questions also. The main one is what to do with the large group of strikers, which is trimmable and probably my best opportunity to cut into the heavy salary spend. Both Fernando Llorente (35 years old, earning £67,000 per week as an impact sub) and Andrea Petagna (25, £59k per week, only signed this year for £10.5 million) are transfer listed. I’m tempted to keep the latter if I can find a new home for Llorente, but the really interesting one is Arkadiusz Milik. The Pole earns £81k and is in the last year of his contract. According to Cristiano Giuntoli, he has absolutely no interest in signing a new deal with us, so it might be in our interests to cut our losses while he has some resale value. Sevilla want him. Added to the mix is the fact that I have never personally managed Milik in previous games, but when I’ve seen him move to a rival the poacher has done precious little, like a less handsome and non-scoring Giroud, and though he has a decent goals haul in his time with us perhaps we ought to part ways now.