We are playing nine matches in January, a torrent of fixtures, including home ties against United and Liverpool, which represents our chance to gain some traction on the leaders, or fall further behind. We make a signing. Rafa Marin is an 18 year old Spanish centre-back from Real Madrid B who costs £325,000. His arrival marks my attempt to placate the board, who have rumbled dissatisfiedly about the fact I haven’t brought in any players for the future. Basically he was cheap, and the hope is to get him out on loan. 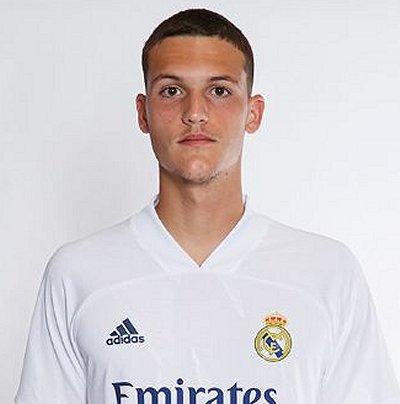 Brendan Rodgers has done a remarkable job at Leicester City by turning an exciting squad of players into something rather predictable and boring. We have to respect them because any side containing Tielemans, Barnes and the evergreen Vardinho deserves it, but we’re tipped to win and we do, running out 3-0 victors. This comes at a price, however. Nicolas Pepe is removed with what turns out to be sprained ankle ligaments. It’s a blow as the winger is bang in form, both scoring here and firing in the free kick that Vinicius slots beneath Schmeichel. Kolasinac gets himself dismissed for a second yellow before the end, luckily at a point when the game is in its closing stages and going down to ten has little effect on the result.

Newcastle United are next in the semi-final of the Carabao Cup. With the games coming thick and fast I select a largely second eleven and then get angry when they go in at half-time a goal down. It’s a vexing one to concede. The Geordies have done nothing throughout the period, then Lascelles heads in a corner kick from their one significant attacking move of the entire half. In hindsight though, I’m wrong to throw the water bottle in the dressing room. Not only are those things expensive but I’ve picked this line-up, far from my best players, so how much do I really want to win it? Whether through fear or just simply being the better team, we roar back after the break. Lacazette, Willock and Chambers all find the back of the net to seal the turnaround victory. The only negative is a late knock to Reiss Nelson, which will remove him from the action for a fortnight. In the final, taking place at the end of February, we’ll be up against the considerable obstacle of Liverpool.

The Aston Villa FA Cup game produces another injury in Ainsley Maitland-Niles. After a rough challenge from Grealish, which results in a booking for the winger, Ainsley has to go off in what turns out to be a hamstring strain. That’s three to four weeks without his services, and my squad options are becoming thin. We win the tie 2-1. Aubameyang scores from a terrific solo effort, leaving traces of concern in my mind that we are relying on him more and more. Grealish equalises, a goal resulting from comically bad defending, but our lead is restored just after the break when Gabriel heads in a free kick. John McGinn is red carded for a frankly horror show tackle from behind on Auba, one that leaves me feeling grateful when the striker picks himself up, brushes himself down, and gets on with his work. We get Fulham in the fourth round.

A defeat has long since been coming, but it’s disappointing that we receive it at Brighton and Hove Albion. In fairness to the home team they work like Trojans and deserve their 1-0 win, but we look toothless and suddenly out of sorts. Okay, so Pepe and AMN are unavailable, and Nelson is close to being back, but these players aren’t our only difference-makers, surely. Of course, Liverpool bloody win again. The gap between them and us is now up to eight points.

Travelling to Everton is no one’s idea of the ideal remedy fixture. Despite being rooted in mid-table Uncle Carlo’s lot can give anyone a game when they want to, and there’s no doubt they want to. In the meantime, I’ve sent Saliba (Burnley), Rafa (Oxford), Martinelli (Genk) and Nketiah (Ajax) out on loan for the rest of the season. All are leaving on deals where they are to be treated as important players. They need the playing time, otherwise I might as well keep them around as our ranks get thinner. Over at Sp*rs they’ve finally sacked Uncle Jose, who has led his Champions League side to fourteenth. 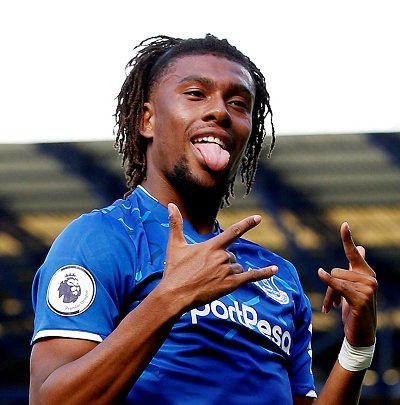 Back to the Toffees. Out of form and treating the league table as though it’s coated in grease, it’s a good time to be going to Goodison Park. They should be doing a lot better than they are. Gomes, Calvert-Lewin, Richarlison and Digne could do a job in my team, and then there’s former Gunner Iwobi and the curse of coming up against the ex-player… I set out to score and then defend our lead. If there’s a time to grit our teeth and put Brighton behind us, then this is it. The goal is one of our most prosaic, an Oxlade-Chamberlain corner that Gabriel heads past Olsen early in the second half. Luckily, the lack of morale among the home team is such that they don’t ever raise their heads to try and force an equaliser. If anything, we should have scored more goals, but we’ll take it.

It’s good that we’ve arrested our malaise because next up are Manchester United at home. Win here and we put ourselves among the title chasers. Lose and the top two float ever more towards the sunset. In an evenly matched contest, Martial fires them into a first half lead, a moment of cutting edge brilliance. But Aubameyang equalises shortly before the break, and several minutes into the second period Saka gives us the lead. We don’t ever give it up again. Credit goes to Bellerin who ploughs forward to generate the assists for both goals.

We travel to Fulham in the fourth round of the FA Cup, a fixture that has wrestled the league tie against Liverpool into February. With big challenges on the horizon to round off January I put out a largely second eleven. They get the job done, Nelson’s superb volley giving us a lead that we are able to retain. The Cottagers defend well, especially my transfer target Adarabioyo, but we shackle Mitrovic well enough to leave them toothless in attack. Newcastle await in the fifth round.

The only downside of this one is that Saka picks up a pulled knee ligaments injury and we’re without his services for at least two weeks. The youngster has used his appearance time really well and he’ll be missed. A couple of tough games to finish the month starts with an away day at Tottenham Hotspur, currently managed by caretaker Chris Powell. They’ve been poor so far and an extra bonus comes with the news that Harrington Kane is out with an injury, but there’s still Son, Debbie Alli, Bale and Lo Celso to contain. Our outlook is improving again. Auba puts us in front after five minutes, as we attempt to blitz Sp*rs out of the game. But that’s all we produce, and when Son equalises after the break I’m regretting those missed chances. Back on the attack and looking down the barrel of a tied contest, Reiss Nelson pops up to conjure a winner in injury time. We’ve been the better side but it still has the feel of daylight robbery.

Finally there’s Manchester City at the Etihad. In fourth place but currently the division’s in-form team, Uncle Pep’s lot look fearsome. There’s no Sterling or Mahrez, but with KDB present and correct they’re always a problem. We can welcome Pepe back to the subs bench. Behind the scenes the board have agreed to make an offer for young Inter striker Sebastiano Esposito, who is currently scoring goals and winning admirers on loan at SPAL. He was terrific for me in FM20, and the £15 million fee we’re putting up seems fair for someone who will charged with eventually gazumping Lacazette.

I set the side out to play cautiously, containing De Bruyne and Bernardo, and they do just that. We don’t register a shot in the first half, which must be a thrill-fest for the fans, while City do little with their few efforts. After the break I bring on Ceballos and Lacazette and the pair combine for the latter’s volley. For ten minutes I get the little ecstasy of thinking we will grab the points and go top, but then the home team conjure a reply from Foden and moments later Bernardo scores, only for the Portuguese’s apparent winner to be ruled offside. The honours are shared and I’m happy with that.

A good month’s work then, with the Gunners positioned nicely in second having slowly eaten into the leaders’ points cushion. A titanic February awaits. Four league fixtures, the FA Cup and Europa League adventures continuing, and it all culminates in a visit to Wembley for the Carabao Cup final.