A busy month is in store. Five league games jostle for space with Huddersfield in the Carabao Cup and the remaining two Europa League fixtures. I’m beginning to get a much better grip on Arsenal’s big hitters and who might be heading for the exit. Demiral is emerging as a great signing and leads a very good defensive unit. Auba can’t stop scoring goals, which is good. There’s been a definite impact made by the Ox, and the flexibility of Calum Chambers – able to play at centre-back, right-back and defensive midfielder – means I can put Saliba out for loan. Adversely, Willian has done little to break my impression that Pepe and Nelson should be representing our right wing. Vinicius hasn’t been as effervescent on the left as Saka, though I need to bear in mind that the latter is enjoying softer Europa League nights rather than the challenge of the Prem. Longer term, I see the position as being a three-way challenge between Saka, Smith-Rowe – impressing on loan – and Martinelli, who will probably get a loan move in January to aid his recovery from a nasty knee injury. I’m increasingly unconvinced by Lacazette, and Nketiah looks frankly distant from being good enough. I will need to think about the future of our attacking options. They’re either getting on a bit or fall short of the standard.

There’s no league fixture at the weekend, so we have a week to recover before taking on Sivasspor in what looks more and more like superfluous Europa League commitments. The Turks scored twice against us at their place and need to be respected. At the Emirates it’s a more subdued contest. We have many shots and two disallowed goals from Lacazette, but ultimately we have to accept the single strike from Lewis Cook as the decider. Another fine defensive effort, with further plaudits heading in the direction of Willock and Saka, but the striker pulls a dud, and Nelson fails to make an impact. Close to 60,000 souls have turned up for this one. They wouldn’t be criticised for feeling that our win ought to be far more emphatic than it is. 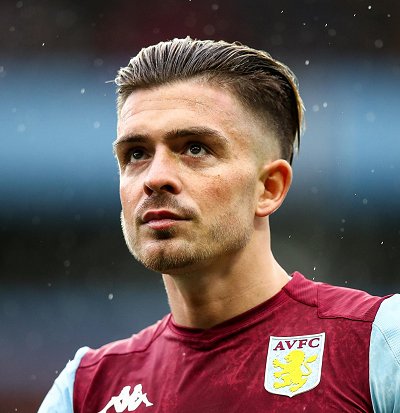 We will be playing Aston Villa in the FA Cup third round, and in rehearsal for that tie we’re off to Villa Park in the league. You know their qualities just as well as I do. Grealish needs to be monitored, and they have a particularly good central midfield pairing in McGinn and Barkley. Their effort is based around showcasing Mr Grealish, who has a free hand to work his magic. Fortunately, when we man-mark someone they tend to stay man-marked. The home cause is neutralised, and a hat-trick by Vinicius, who for some reason comes to this one determined to prove his worth, gifts us the points. Villa are quiet. So are we for the most part. Ceballos and Wilshere cancel out the home midfield but are themselves made less impactful in return, and it’s left to the on-loan Brazilian to produce the goods.

The last and utterly redundant Europa League commitment, against Zorya, produces a 2-0 victory. As I recall it, when the group was announced this lot were considered our main challengers. They’re rubbish. Perhaps that’s the point. A second string eleven makes it a clean sweep of continental wins as Chambers and Lacazette find the net. On the whole it’s like watching a Mike Tyson fight when the heavyweight was at his most dangerous – nothing more than a matter of time before we deliver the decisive blow, neither do we need to be at our best in delivering it. The first knockout round, which is scheduled for February, will see us take on Kradsnodar.

At the weekend we entertain Leeds United, who are riding high in the table. We are handed a pre-match uppercut when Willian is ruled out for a month, following a training ground incident that results in a hernia. This should give Pepe and Nelson more chances to show their quality. The former especially deserves his opportunity, and he’s a significant factor in our 2-0 home win. The visitors are restricted to scraps. They manage one off-target shot throughout the entire ninety, whilst Aubameyang pads out his account with a brace to deliver a sound thrashing. Bielsa’s entertainers play very much like we do, except they aren’t as good at it, only Klich emerging with any credit as elsewhere they’re subdued. This is a great result for us. We dominate in every department, and – while being conscious of typing such banana skin words – it seems the side is really starting to get to grips with how they’re being asked to play.

A few days’ rest and then it’s across London to play Fulham. Currently eighth and defying the pre-season predictions, this has all the makings of a proper test. Most of the attention goes on striker Mitrovic, however we’re scouting the on-loan Ruben Loftus-Cheek in midfield, and beanpole centre-back Tosin Adarabioyo. Both could make for fine additions as we continue to rebuild with a more homegrown squad. Another alumnus of my FM20 Derby County outfit, Ademola Lookman, is starting for the home side on their left wing, but the reports on him are less positive. Fulham are decent, and there’s a danger that we will drop cheap points, but first half strikes from Vinicius and Aubameyang secure the victory. Bellerin is terrific in his forays down the right wing, rather more reliable than Pepe who does the time-honoured thing of being ordinary when injuries elsewhere have given him a chance to shine. One gaffe, a lazy pass deep in the opposition half that’s picked up by Lookman and sparks a Fulham attack, lingers in the memory. Cook has one of his poorer games, but Demiral is commanding at the back and Leno deals with everything that’s sent his way. 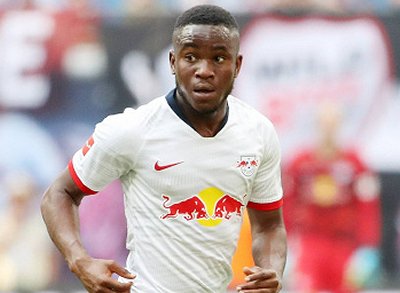 Liverpool are finally beaten. At Elland Road they collapse 3-0 against Leeds in a shocker of a reverse. Both leaders are ahead of us in the table but suddenly look that little bit less invulnerable. Mustafi goes to Monterrey. Bye then. Four and a half years in England that produced only disappointment and diminishing returns. We made a £27.5 million loss on him overall, which makes his time at Arsenal one of the more abject late-Wenger transfers.

Chris Wilder is handed his cards as we head to west Yorkshire to play Huddersfield Town in our Carabao Cup quarter-final. The opposition are fifteenth in the Championship and are steadily settling into post-Premier League life. We’re expected to have far too much for them, even fielding a weakened eleven, and that’s exactly what happens. The 3-0 win we achieve at the John Smiths is underlined by solid attacking pressure and superior finishing. Saka and a Ceballos rocket carve out an early two goal lead, and Nketiah’s late clincher is a reward for the smart positioning he’s produced since coming on for Lacazette. In the semi-final we are drawn at home to face Newcastle. The other half pits Liverpool against Chelsea.

Merry Christmas, everyone! Boxing Day sees us go to Crystal Palace, an in-form side that can present a banana skin for anyone. Uncle Roy fields an old-fashioned 4-4-2, featuring a who’s who of ‘whatever happened to’ players – Benteke, Schlupp, Sakho, knackered Nathaniel Clyne. My worries over Ebere Eze’s potential impact are calmed as the winger does nothing, and even Zaha looks reined in. What they can do is defend, hard and often, and I think we do well to get out of there with a 1-0 win, Auba doing the honours.

For Southampton two days later, I make a few changes to the line-up without resting players for the sake of it. The Saints don’t care about this. They haven’t got the squad depth we can command, and even though they can wield the likes of Ings and Romeu their cause begins to suffer from fatigue as time wears on. Shane Long opens the scoring for the visitors, which is kind of embarrassing for us, especially as we seem intent at the time to win nothing but the fouls count. But then Auba racks up a brace before the break, completes his hat-trick ahead of the hour mark, and there are further strikes from Pepe and Holding to complete a 5-1 rout. It hasn’t been our prettiest performance. I’d argue that we have never moved out of second gear in this one, but our shooting has been crisp and accurate, and the Saints faded long before the end.

As a consequence, we end 2020 five points behind the two leaders but with a match in hand, and we’re ten ahead of fourth-placed Man City. Keep plugging away and we will get to form a mini-league with the Pool and United, though clearly in their case there is little room for error, a fact that makes me grateful for removing David Luiz from the roster. Aubameyang is named World Footballer of the Year, along with a haul of awards in the African categories. He deserves it. The Gabonese has scored sixteen league goals, seven ahead of Mane and Rodrigo. And to think I was going to start the season playing him on the left wing! I might as well have gone the whole hog and neutered the guy.