A month of Europa League fixtures, three domestic ties and another international break lies ahead. While the title isn’t part of our vision, we watch the top of the table already turning into a two-way tussle between Liverpool and Manchester United. Is this how it’s going to be? The Red Devils are powered by the virtues of Bruno Fernandes. Liverpool’s charge is led at the back by Van Dijk, who’s incredible, and the noted brilliance of Mane (who scores the goals) and Salah (provides the assists) in attack. Against such wonders the rest of us appear to be on a lower level, consigned to looking up with envy. Of the other contenders, Manchester City have already lost a few – even a single dropped point is putting them at a considerable disadvantage – and Spurs have made a shabby start. Third place is up for grabs and we are sitting in that spot. All we can do right now is try to carry on winning games and solidify our grip as the ‘best of the rest’.

We begin with the hosting of Newcastle United at the Emirates. I’m glad this one is taking place at home. Uncle Steve has guided his unlikely high-fliers to sixth. They aren’t an especially exciting team but they are grinding out the results, helped along by Wilson’s goals, the battling qualities of Sean Longstaff in midfield and the presence of Allan Saint-Maximin, a young French winger who is attracting admiring glances from all comers. He’s had an 80% recommendation from my scouts, gushing notes about his pace and dribbling qualities, his love of a big match and the rather meaty caveat that he’s likely to cost a minimum of £47.5 million. They line up with an orthodox back three, which means they have come to defend and catch us on the break. Our job seems simple – keep the ball in their half, and monitor ASM like there’s no tomorrow. Keep him and Almiron quiet and we ought to have neutralised the Mags’ attacking threat. Demiral’s headed goal and an Aubameyang penalty have us two goals to the good after twelve minutes. The Gabonese striker adds a second midway through the second half as our tactics pay off. A very late response from Almiron produces a 3-1 final score, and that’s fine with me. We’ve mounted thirty shots in this one to generate an xG of 3.73, and that’s good, though I think we might have scored more.

Red Star Belgrade at home are next. I see the Serbian giants as the toughest draw in our Europa League group, a pale shadow of the early nineties vintage that once claimed a European Cup (one of the more boring finals I’ve seen, if I’m honest, but you can imagine for yourself how good they were when they represented Yugoslavia back then and could call on all that Croatian talent) but then, you could say the same about us. As always I use this tie to put out something close to a second eleven. Lacazette starts. Wilshere, Ceballos, Holding and Saka are on from kick-off, and so’s Nicolas Pepe who scores all four of our goals. A sizzling performance from the winger, whose season is a little undermined by playing second fiddle to Willian and as a consequence he plays like he’s waving his arms at me, demanding attention, and this competitive quality makes him try to be a bit special. The visitors don’t rack up a single shot. Our 4-0 win makes us feel temporarily like a superpower.

A trip across the city follows as we go to face West Ham at their very quiet and looming London Stadium. Uncle David has made a torrid start to the campaign. They’re in second-last place, and if their horrid form continues and they end up going down then I expect to lead the queue of teams waiting to pluck Declan Rice from their sweaty grasp. The reason for their malaise becomes clear as they set up to defend, at home, with a back three of Rice, Ogbonna and Dawson, and hoping that Petkovic can nick the odd goal. They don’t. After the goalfests we’ve enjoyed recently this is a somewhat prosaic 1-0 victory, courtesy of the inevitable Aubameyang. For long swathes nothing much happens. The foul count is high. Eight yellow cards are shared out, three for us, while Bellerin is forced off with a tight groin that happily turns out to be a minor injury. It’s a ground out and attritional victory, yet I’m happy with it. Too often we have been exposed as lightweight on these occasions. Not now. For the home side, who will sack Moyes before much longer, they have the added ignominy of a dubiously awarded penalty that Noble fires straight at Leno. 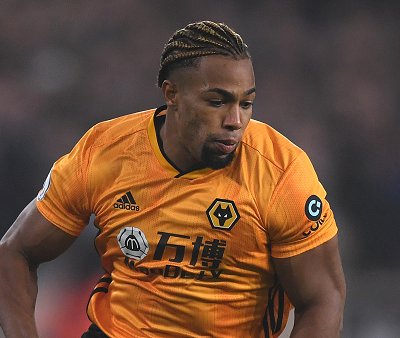 The Interlull ends happily with no further injuries to worry about. I can name my strongest eleven for our journey into the Black Country for the game against Wolverhampton Wanderers. They’re opposition that I fear. Quick, dangerous and very Portuguese, they’re like taking on the best qualities of that country with the added Spanish spice of Adama Traore’s sheer bulk and pace to cause us problems. Kieran Tierney is given the happy task of keeping him quiet. As against the Hammers it isn’t the prettiest of occasions. We know that we’re in for a tough time and this is exactly what we get. The home side work the ball around crisply and delightfully. There’s no question of being anything but at our most alert, and as a consequence we dominate easily in the number of fouls committed. Another three bookings for us, one of which turns into a second yellow for Xhaka after one industrial challenge too many. Not for the first time I’m questioning the Swiss hard man’s long-term presence in my squad. Fortunately we can break at times, and it’s two rapid moves, both prominently involving Oxlade-Chamberlain, which give us the two goals we need. Once again it’s Auba supplying the finishes as we leave at the end of a 2-0 smash and grab.

There’s no question of the two leaders dropping a single point between them. They will face each other in early December, which will inevitably end in someone giving way, but the Pool and United have maintained their five points gap for now. Where we’re concerned our third place looks increasingly secure. There’s now open space between ourselves and Chelsea in fourth. Spurs’ lower mid-table placing is a lot of fun, while Leicester’s relegation position stands as an outright aberration.

November finishes with a flight to Serbia as we face Red Star in the return fixture. Winning here will guarantee our qualification from the group, indeed a draw ought to be enough, especially as the last two ties are being played at home. The opposition are decent. Gabonese midfielder Guelor Kanga is very small and a tricky prospect to contain, as is (Gentle) Ben, a winger from Comoros who is singled out for a man marking job, however they don’t possess our quality. Saka gives us a first half lead. Vinicius seals the deal towards the end, and there’s even a disallowed effort from Lacazette to underline our 2-0 victory. It’s another goalless outing for the Frenchman, who to me plays decently otherwise, even though his record pales in comparison with Aubameyang’s. For their part Red Star have Sanogo – not that one! – sent off shortly after the break, which sums up a frustrating afternoon of few scoring opportunities but many instances of dirty football.