With the transfer window about to close, we travel across the smoke to take on Chelsea. The Blues have of course dipped into their considerable bank balance for this term, adding the likes of Chilwell, Ziyech, Havertz and Werner to counter the year when they couldn’t sign anyone. They’re the favourites, especially at their home, but for the first half we give as good as we get, playing cautiously, breaking frequently and having clearly the higher shot count. But no goal. Aubameyang is especially wasteful, Vinicius out of sorts and Ceballos makes little impression as we fail to press our advantage. Midway through the second half Giroud returns to haunt us by coming off the bench and handsome-ing the ball into the net from close range. It’s a bullied goal, the Frenchman making full use of his height to shrug off his marker and head in Werner’s cross. Despite the better xG, we slink back to our corner of the city after suffering our first league defeat of the season.

Losing to Chelsea leads to an inquest. We look like flat track bullies – capable of winning at home and against weaker sides, but once we come across a defensively capable outfit it all goes west. Little wonder that Tomori is named Man of the Match; they’re solid and can’t be ruffled at the back, indeed we appear lightweight in comparison. 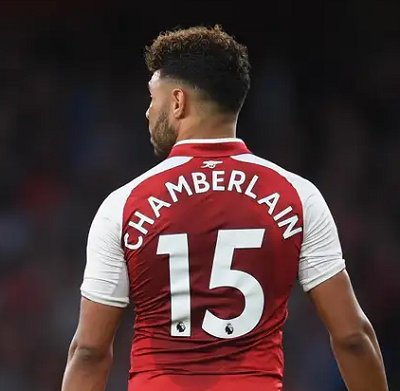 Of most concern to me is our weak midfield showing. Partey was fine but Ceballos struggled and Xhaka looks like someone whose impact depends on the roll of a dice. Behind them sit three English players – Cook, Willock and Wilshere – who just aren’t as good, meaning we have scant options. Quality is required, and Liverpool might provide it by placing Alex Oxlade-Chamberlain on the transfer list. He isn’t cheap at £35 million, and even with the Mustafi money made available to me I don’t have anything like those kinds of funds. But I can ask the board for help. Sir Chips agrees that we could use the Ox and arranges the deal on my behalf. Just like that, one phone call to the Ivory Tower, and we have welcomed back a player I see as a prodigal son. With any luck his injury troubles are behind him, though perhaps not as he joins us while recovering from damaged knee cartilage. He might be back in time for Burnley in a fortnight’s time.

Mari goes on loan to Basel, which is our last bit of business for the window, and two weeks of international football takes over. Fortunately, we only pick up one additional injury when Kieran Tierney suffers a gashed lower league during Scotland’s 4-0 win over Israel. He’ll be missing for two weeks.

Our trip to Burnley seems like a tonic after the perils of Stamford Bridge. We can’t underestimate the Lancashire opposition, but we should be okay and finally we achieve a first half breakthrough when Vinicius scores at the end of a sustained spell of attacking pressure. It’s felt like a matter of when, not if, and the home team look so distant from threatening Leno’s goal that one score might be enough. Winning 1-0 doesn’t sound especially sexy, but we’ve had to field Holding and Wilshere because Demiral and Xhaka have returned from duty for their countries at considerably less than full fitness and as a consequence they’re rested for this one. During the second half, Uncle Sean’s screaming fits and threats of violence towards his own players terrifies them into performing. They start to attack, more frequently, and steadily we’re pushed back until the inevitable happens and Wood scores a late equaliser. By this stage the Clarets are on top, and we’re grateful to leave with a point. 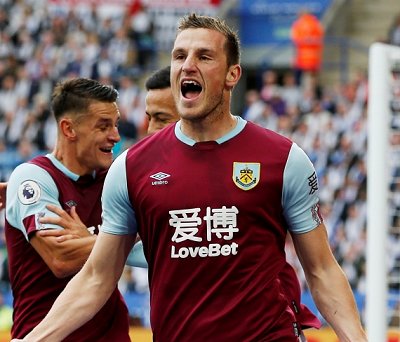 The good times are tested further still when we travel to Sivas in Turkey for our Europa League opener against Sivasspor. Despite the presence of Ivorian winger Max Gradel they don’t look particularly nasty, indeed we have one of our own in Nicolas Pepe, and he’s £72 million worth of talent. Wait, what? The first half goes to plan. Pepe hits a penalty shot wide and Willock has a goal disallowed, but Holding and Nketiah have put us 2-0 up, and when Nelson makes it three with eighty-five minutes on the clock we’re all looking forward to a celebratory kebab before catching the plane back to Blighty. Perhaps too much though. Xhaka’s mishit pass becomes a dangerous Turkish counterattack, from which Cofie scores. Yatabare has the ball in the back of our net again as we enter injury time, and it’s only the lack of minutes remaining that spare our blushes. Another worrying result. We start well and then we either tire, or lose interest, and we simply must maintain our tempo and vigilance until the final whistle.

Back in the league we’re taking on relegation threatened Sheffield United, who are fielding a FM2020 favourite of mine in former Derby full-back Jayden Bogle. Sutalo scores for them but we add three of our own, courtesy of Xhaka (making up for his Sivasspor error), Aubameyang and a rare Bellerin strike. It’s good stuff on the whole, an instance of us outplaying the opposition, though the rough play on both sides is not for the faint hearted. The visitors slightly edge us on fouls committed, though we earn three bookings to their two as the hard tackles and aggression at times takes over. There’s a part of me that’s happy enough with this. We do need to stop being a soft touch, beatable via sheer bullying, and here’s evidence of an occasionally harder edge that can enter our game.

Our European odyssey continues with a trip to Luhansk in Ukraine to face Zorya. We should win and we do, claiming a comfortable 2-0 win with goals from Pepe and Cook, while Chambers – making his first start on my watch at centre-back – has one ruled offside. Fair enough. He is, moving fractionally too quick to volley in Pepe’s free-kick. It’s a good performance otherwise. We restrict the home team to scraps while hitting them with fifteen shots. They’re a reasonable side, decent at putting bodies behind the ball and breaking up our play, yet we go there as the big-shot glamour side and the tie goes to form.

October therefore ends with us looking a bit more human than we did previously. That’s fine. Effecting the Gunners’ transition towards being a Champions League team again isn’t easy. We have to reverse our league position of the last four years, which has headed gradually downwards, but we appear to be doing it, and for my efforts the board give me a ‘B’ grade. They’re happy with how things are going, though the Chelsea defeat and Mari’s loan deal count as black marks on my record. Liverpool and Manchester United haven’t dropped a single point yet, which shows the scale of the challenge. A defeat and a draw and we look completely off the title chasing pace, but perhaps that is exactly the standard we have to aim for.