The Liverpool defeat spooks me. We’ve done all right elsewhere, well enough to suggest that I can at least meet the board’s requirements, but despite losing 1-0 we were steamrollered at Wembley and I don’t know what that means. Are the Pool just bloody brilliant, or are we that bad, or indeed are we quite good and it’s my tactics that are terrible?

I prefer a 4-1-4-1 formation, opting for a DM over an AM in an effort to seek the perfect balance between players committed to defensive and attacking roles. I like short passes, working the ball into the box and playing it out of defence. We’re a fast team and passing is something we’re good at, so we should be playing to our strengths; similarly, with our energy levels we ought to be capable of applying the press consistently. 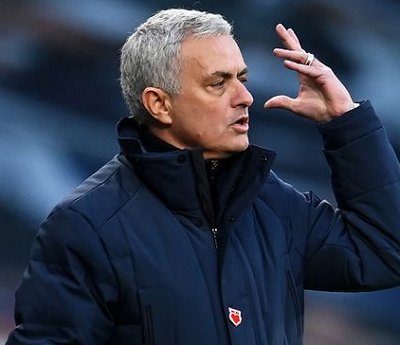 The league campaign opens in tricky fashion with a north London derby against Sp*rs at home. Leno’s in goal. Maitland-Niles and Tierney are our full-backs, with Gabriel and Demiral at centre-half. The critical defensive midfield task is handed to Partey, along with the captain’s armband. Xhaka and Ceballos play in central midfield. Ahead of them, Vinicius and Willian start on the flanks, with Aubameyang asked to do Auba things up front.

And… it’s wonderful, a Christmas miracle, if it wasn’t a breezy afternoon in mid-September. Uncle Jose tasks his players with parking the bus and they let us tear into them from kickoff. Demiral heads in from a corner in the seventh minute, and shortly after Xhaka’s long shot makes it 2-0. The torture continues following the break as Sp*rs refuse to find any answers and we add two more to our account via Auba’s penalty and another set piece effort from Gabriel. Overall we’ve taken twenty-eight shots to the visitors’ seven, been on target with thirteen of them and produced an excellent xG of 3.51. It finishes 4-0. All Tottenham have to show for their efforts is a couple of bookings. We’ve debagged and tea-bagged them in a morale-boosting opener, and hell we know it won’t usually be as good as this but there’s nothing quite so good as entering a happy dressing room after the final whistle.

We’re off to West Brom the following weekend. A likely relegation candidate, but they have the better of us in the first half, only some Billy the Fish acrobatics from Leno stopping Pereira from giving them the lead. All that spirit built in the opener seems to have melted away, and I make an instant change at the break when I bring on Lacazette for Aubameyang, who has done little. This turns out to be a tactical masterstroke for which I claim full credit. Despite being not as good as the Gabonese striker, Laca plays like he’s got something to prove and has bagged a hat-trick within ten minutes of blistering second half virtuosity. Demiral adds a fourth to bring about a second 4-0 victory. What looked like a poor result, the sort for which I was mentally working out my ‘still early days’ comments to the press, has turned into an emphatic victory.

The changes are wrung for our Carabao Cup clash with Crystal Palace. Traditionally Arsenal have used this competition to blood their youngsters, their second stringers, and I see no reason to change that. Only Leno and Gabriel remain from the side that beat West Brom as the likes of Holding, Wilshere, Willock and Saka start. I’m pleased to see us line up with five English players in our eleven. Uncle Roy of course chooses to field his best spread, which turns out to be a mistake as we look much the fresher from kick-off and take a quick lead through Lacazette. Before the break Saka makes it 2-0, and second-half strikes from Laca, Saka and Pepe turn victory into a rout. For their part, the Eagles respond to being five goals behind by having Zaha sent off for a vicious sliding tackle into Willock’s calves. It seems an unnecessary challenge that’s born of frustration. We get to face Peterborough in the following midweek’s Fourth Round clash. 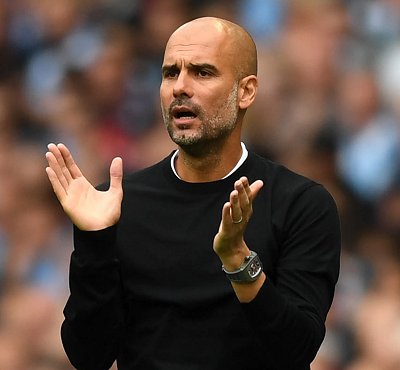 Manchester City are next, at the Emirates and bringing their high-rolling swagger with Bernardo Silva in sizzling form and attention as ever focused on the unpredictable brilliance of De Bruyne. Some of the gloss has rubbed off Uncle Pep’s shine in recent months. After two seasons where his City slickers redefined English football, they looked all too vulnerable in 2019/20 and it’s perhaps this quality that raises our heads as we run out 2-0 victors. Both goals come from Aubameyang, Willian and Xhaka both turning out to be good at finding passes that split the blue defence. Everyone comes out of it looking good, perhaps only Vinicius looking a little short of the pace though perhaps that’s to be expected as he acclimatises to London life. The board sniffily retorts that we might have won but it wasn’t very exciting. I don’t know what they expect… Auba to score after swinging into the stadium via a high-wire cable like a swashbuckler, perhaps.

The month closes with that Posh clash. Win this and we will make the Carabao Quarter-Final. In the meantime, I fail completely to find a new home for Pablo Mari. Teams are interested in him, but not to the extent of putting their hands in their pockets, and with the Spaniard sitting on a four-year contract that’s a lot of time for him to be floating around the corridors. Shkodran Mustafi is a different matter. There’s a part of me that’s stunned he’s still here, after he’s worked so hard to demonstrate why he shouldn’t be. For reasons that could well be down to long distance, he’s become a figure of attraction to sides based in Mexico. Tigres make an offer, but it’s Monterrey that captures both his heart and his wallet, nailing their man for a knockdown price of £5.75 million. I don’t think that’s bad business for an unwanted player seeing out the last year of his contract. The only downside is that he can’t move until January – enjoy your gardening leave, Shkodran.

I play Peterborough twice. In the first effort, we are 5-1 up at Weston Homes Stadium before the game crashes. The second time, our side of reserves prevails in a 2-0 decider. Eddie Nketiah starts and bags both our goals. Most of the time is spent holding off a game but limited Posh team, testing keeper Pym who naturally plays like Lev Yashin (ask your dad) and dominating without humiliating them. Darren Ferguson emulates his equally lovely father by claiming we aren’t as good as we think we are, a reality we will go on to prove against Chelsea at the weekend. We will take on Huddersfield in December.

There’s just time to cover the draw for the Europa League, which pits us in Group C with a former European Cup winner, Red Star Belgrade, along with Zorya and Sivasspor. We have the competition’s highest coefficient (all those Champs League years) and in truth I see little to fear among our group rivals here.

It’s been a good month, a really promising start, but our visit to Stamford Bridge before the international break ought to put us back in our place. Burnley and Sheffield United lie in wait among October’s fixtures, as does the close of the transfer window. We will end it having landed another former Gunner – can you guess which one? Here’s a clue – he gets injured a lot and he isn’t French, for those of you who are wondering what possessed me to recall Abou Diaby to the colours.