Arsenal’s staffing situation is an area for concern. The big worry is our medical unit, the two physios we have on our books that make us the lowest rated Premier League club in this area. We have several first teamers who are injured – how can we expect to get them back on the road to fitness? I agree mutual terms of dismissal with the pair of them and put the feelers out. No way should we be so lacking in this area, especially not given the Gunners’ withering, unwanted ability to lose players to a variety of knocks. 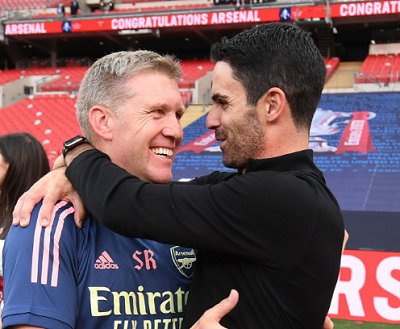 The standard of coaching is fair but not eye-watering. I like my Assistant Manager, Steve Round, but for me the rest are eminently replaceable, and I’m tempted to do exactly that. The way I see it is that we have a lot of fine youngsters, but they may never become stars if they aren’t coached properly so it’s time to hunt for a bunch of highly qualified and reputable new faces. I have little interest in the training aspects of Football Manager, and it follows that I need to find people who I can trust to take on this crucial area.

Where the squad is concerned the choices to me are either to stick with what I’ve got or be prepared to sell in order to buy. The first team does need to be trimmed, I think – I want the young Gunners to get game time, and to give them it I will be looking to move on some of the veteran players. Arsenal have a massive imbalance here. A lot of ageing pros, brought in cheaply and offered big contracts based on their past glories. I want to reduce the average age considerably, and over time increase the homegrown elements within our group. In past games this has involved returning former players to the squad – I’ve re-signed Coquelin, the Ox and Gnabry before now, and all those (especially the latter; who wouldn’t want that?) are under consideration – but a stronger English presence will do for now.

Napoli rush in with a £12 million offer for Ozil. It can’t be this easy to get rid of him, surely. If agreed, we will have to pay £165k of his weekly salary for another year, close to half of what he’s earning currently, but that would mean we save an enormous wedge, and best of all is that he wants to go. I don’t think I’ve ever loved Gennaro Gattuso quite so much as I do now. Burnley and Brighton place bids for Sokratis, and I urge him to accept one of them. Cedric is transfer listed and offers from Newcastle, Ajax and Palace come flooding in.

We play an early friendly, a warm-up to build some match fitness, against Carno in Wales. It finishes 6-0 and it could and should have been more emphatic than that. Even with a group of players who are working within a new system, for a new manager and often new to each other, they have far too much quality for the opposition and it shows in the difference in movement, vision and overall quality. Lacazette’s propensity for firing shots wide – is this going to be an issue? He bags a double and that’s good, but this was a turkey shot for long passages and I might have expected more from him.

The end of an era is reached as Ozil sods off to Italy. I can’t believe he’s going. He’s the longest serving first team member and a leader, but here’s the thing – I’m trying to build a side with a determined mentality and he’s just the wrong sort of inspiration. There are moments when Ozil has shown glimpses of being the global strider who has won World Cups, a ton of international caps, friends and admirers, yet all that’s in the past. We need the money and letting Mesut go is an important step towards generating some much desired transfer funds. 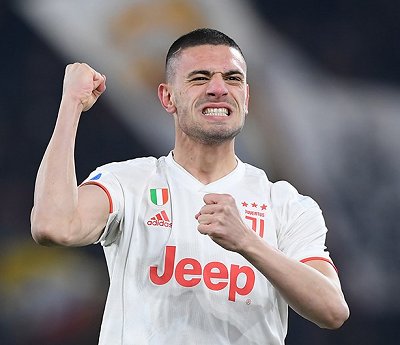 Sokratis and Cedric earn their moves, the former to Brighton while our right-back is off to Ajax. Our transfer budget is boosted to nearly £27 million, while there is around £650,000 available in salary spends. Wriggle room, in other words. I identify centre-back as a position that requires an injection of quality, and the scouts propose Merih Demiral as the ideal, long-term replacement for David Luiz. At 22, the Turk is just the right age for us, and I fire off an offer that amounts to a £15.5 million initial fee with a further £5 million in instalments. To boost numbers in midfield, I take a deep breath and offer a contract to Jack Wilshere. A long, long way from the potential England star that he once was, Jackie is 28 and on the list of free agents. He’s not brilliant, but we can have him on a very cheap wage and he also contributes to our complement of homegrown players, and that helps to make my mind up.

Matt Macey, Folarin Balogun and Emile Smith Rowe leave on loan. With Demiral installed, forming a starting central defensive partnership with Gabriel and slashing the average age in this position as both players are a tender 22, it’s time to move David Luiz on. There are good reasons for keeping the Brazilian here for the last year of his contract, but more for letting him go. I think of all those unforced errors, hand in mouth moments, and I shudder… Dynamo Kyiv won’t buy him outright, but they will take him on loan. We still have to pay the majority of his wages, however there’s a monthly fee that amounts to £3.4 million over the course of the year, compensation I guess for slicing off one of the more mistake-riddled top flight stars I’ve seen in a number of years.

I expect the squad to mount a revolt over the sale of Ozil. His team leader status leaves a vacuum, yet they aren’t bothered in the slightest. What does concern them is my decision to part ways with David Luiz. Why they would choose Mr Hair Bear Bunch as the hill to die on is anyone’s guess, but many of them are unhappy that he’s gone. Their mood worsens when I dismiss their complaints. As someone who likes to think I have a decent handle on team dynamics it’s a worrying moment. Hopefully some decent results will bring them back onside.

My long-term hope for defensive midfield is to make do and mend before Lucas Torreira returns from loan. For now, Thomas Partey looks like exactly the kind of tank I would hope to occupy this role, however he could use a plucky young back-up to share the load and the man I identify is Lewis Cook, admittedly someone I like because of my experiences with playing him in previous editions. The 23 year old from Bournemouth doesn’t come cheap. With instalments he will set us back £30 million, but he could be part of the set-up for a decade. Lewis accepts squad rotation status happily, can operate either in defensive midfield or centrally as a deep lying playmaker, and can expect to start in lesser games and Europa League fixtures. 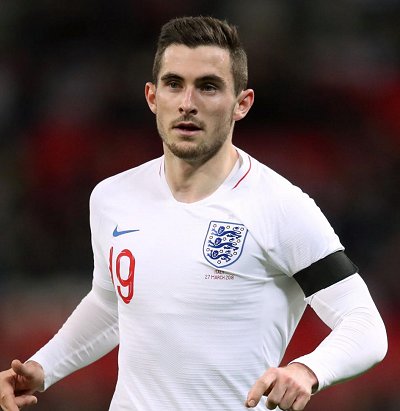 As we now have Cook I see no reason to continue our association with Mohamed Elneny, an Egyptian international who has always screamed ‘squad rotation’ at me with no obvious benefits. Keeping the squad numbers to a happy amount isn’t easy and Elneny becomes a casualty. Getting him off the books is another matter. The things I could do with his £24.5 million value, but all I can find for him is a loan season at Zenit. The Russians at least pay most of his salary and the fee for his services amounts to £1.8 million for the duration. A problem set aside for another year then.

After a promising run of friendlies we’re up against Liverpool in the Charity Shield. This is a proper test, and so it proves as I’m left to patrol the technical area helplessly, watching the Scousers run riot. It isn’t pretty. They go ahead through Thiago, have a Salah penalty saved and for long nightmarish passages put us to the sword. Hell, maybe this is just what it’s like to face off against England’s best team, but they’re the standard we are aiming for and we fall well short. Arsenal clock up six shots, not one of them on target. We lose out in terms of possession statistics. Lacazette is wretched as a striker. On the left Aubameyang looks shorn of many of his natural powers and I make a resolution to use him as he ought to be fielded, which is as a pressing forward. Partey works hard at DM, but Xhaka is cut through as though he doesn’t even exist, which hopefully is nothing more than a one-off aberration.

Much food for thought. I learn that Real Madrid’s Vinicius Junior is available on loan and, in panic-buy mode, fire off an offer. The Spaniards want me to pay his wages – £195,000 per week – in full and I comply, even though this will put our salary budget in the red. Matters are made slightly worse here when Ainsley Maitland-Niles has a successful international debut and I’m compelled to agree a better contract for him. Things should level out here if we can find new homes for Mustafi and Mari before the transfer window closes.

Going into our opener, on 12 September against Sp*rs, the Gunners roster looks like this (in order of ability), with homegrown players in bold: