Phew! We were put through the wringer back there, and came out smiling. The only downside of having the kind of season we’ve just completed is the prospect of having to do it all over again. There’s part of me that thinks our rise to the title is only a natural progression after finishing fifth, then third, but we also took advantage of a considerable malaise that had settled in at Manchester City and to a lesser extent Chelsea. Both clubs are expected to roar back into contention next term, and I also suspect Wolves will be a trickier hurdle now that they’re managed by Gian Piero Gasperini. A serious Head Coach for a spiky team.

All that’s for the future however. My reputation has bloomed to three and a half stars. I’m not Klopp yet, but the club considers me to be untouchable and success is always good for the personal record. Before the summer’s out I have signed a new deal with the Derby board. My contract extends for five years and will pay me £130,000 per week. I can now afford to rattle around in a five-bedroom pile in Littleover, a pretty village that’s both handy for work and retains a sense of the semi-rural. One day, I will have to find other people to help me fill it, but for now I have an extended family of pampered, league winning footballers who are hammering on my door for new contracts and assurances that their futures will be secure. 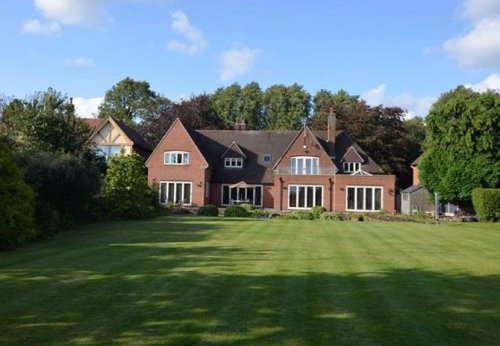 Elsewhere, Chelsea have sacked Unai Emery and are on the sniff for his replacement. Unlike at City my name isn’t even linked with the post, which is fine with me as I see the Blues as evil, quite frankly. Pep Guardiola is on one of his Sabbaticals, off finding himself or some such nonsense, and is the favourite to take over. Diniz and Spalletti are among the other leading candidates. I’m at a point when I can begin to consider my post-Rams future, but not yet.

Some great results to look back on this season, and it’s difficult to think of a single game that encapsulates the spirit we have shown. I guess I will go with the 3-2 victory over Liverpool on April Fools Day. Not only was winning here a really significant step, a cracker of a confrontation that contained a bit of everything, it was one in which we showed huge amounts of character. We refused to lie down, which isn’t the way we have always acted against the Pool, and it emerged as an important waymark on our road to Premier League glory.

For once there is very little to choose from. We only lost two matches during the entire season, going down to Atletico Madrid in the Champions League and falling short at Wembley against Liverpool. Neither game showed us at our very worst. The squad vexed me most when it refused to score goals. Despite the firepower at my disposal we could be very shy when it came to finding the back of the net, and I’m choosing our 0-0 draw against Southampton at home for this category. It was a frustrating occasion, one in which we dominated the visitors and absolutely should have put a few past them, only for goalkeeping heroics and forwards without a finishing product meandering towards a tedious and indecisive stalemate. If we are to go forward then resolving this is a priority.

I’ve been thinking for a while about parting ways with Pedro Chirivella, a £750,000 signing who’s been with us for three and a half years and now seems to be a relic of leaner times. The Spaniard has responded by having his best season yet, taking part in thirty-seven games and producing a 7.39 overall rating to capture 37% of the vote. He is duly named the fans’ Player of the Season. I can’t sell that, can I? Ped is a model of consistency in defensive midfield. At 26, he continues to improve his work in training and is now worth £46 million. I don’t recall the last time he put in anything less than a good performance. So he stays. Eddie Salcedo comes second with 26%; in third place with 23% is Krystian Bielik. 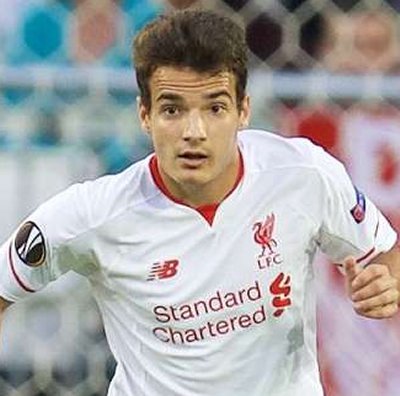 I don’t have too many arguments with Ped claiming his second POTY plaudit. In many ways he is absolutely representative of what Derby County is all about. Once again, I think of Will Hughes as an essentially underrated player for us and might like to have seen him figure higher in the rankings. Otherwise it would have to be a defender, as reducing opposition sides to scraps has become our stock in trade. Reece Oxford was probably the best of the bunch, and I should also mention Jeremie Frimpong, who generated a fantastic 7.50 rating, though the fact it’s based on twenty-six appearances might disqualify him. ‘Jez’ will have to be satisfied with winning the Signing of the Season award and also being named our best young player. The right-back was a £9 million acquisition last summer and worth every penny of it. I discover that there’s a buy-out clause in his contract, which means his former club Atletico Madrid can re-sign him at any point in the next year for £19.75 million. That’s something of a Sword of Damocles, no?

I am named Premier League Manager of the Year, somewhat predictably, and Derby are well represented in the Team of the Season, which is a straight mixture of Rams and Pool players. Oxford, Tosin, Moriba, Lookman, Salcedo and Hlozek all feature. That seems fair to me.

BBC Radio Derby says ‘It was a memorable season for Derby as they tasted success in the Premier League and the FA Cup. Few will have predicted Derby to achieve more than continental qualification at best heading into the season, but the Rams confounded every expectation by finishing top of the pile as unlikely champions. It was a season to remember for the Rams, who surpassed expectations and enjoyed a strong spell of form around January that would ultimately carry them to the title.’ 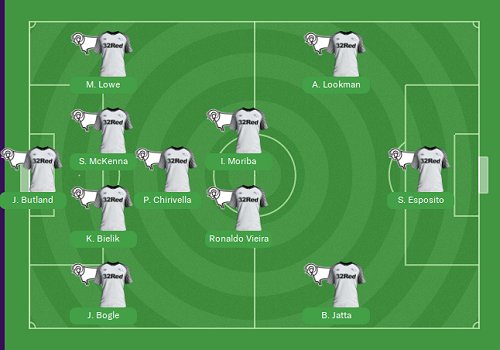 Here’s the best eleven based on my four seasons in charge. It’s interesting to see that Bakery Jatta remains – I might have expected to see Hlozek or Wilson take over the right wing by this stage, and the fact they haven’t might be instructive. Inductees are Jack Butland, whose two years mark an improvement on what Montipo contributed, Max Lowe for sheer longevity, while Moriba and Vieira replace Baker and Hughes as our best central midfielders.

Again, it’s been the kind of campaign so successful that I’m not sure how it’s possible to improve things. Sure we can do more in the Champions League, but I tend to think there’s always a bit of luck to this one once you get out of the group stage so it’s folly to expect too much from it. Retaining the EPL would be a considerable achievement, and I think I would be happy enough if we remained in the top four, hopefully after mounting a concerted challenge for the title. It’ll be hard. The club expects me to qualify for Euro Cup II via the league, which seems straightforward enough to manage and for me would be a bit of a disappointment after our progress in recent seasons. I’m supposed to effect this while:

The wish to sign high-profile ballers arises from DCFC’s efforts to improve the club’s financial outlook. Star power equals shirt sales after all, and it’s no surprise that Ilaix Moriba emerges as the name stamped on the back of the most replica tops. We sell 385,287 in total, three-quarters of them in the UK and almost certainly most of those within our catchment area. For the financial geeks out there, our annual revenue comes from:

Sponsorship is where it’s at. Manchester United rake in a small fortune here, and while it will take an impossible effort to match their levels of income they remain the financial standard for which to aim. 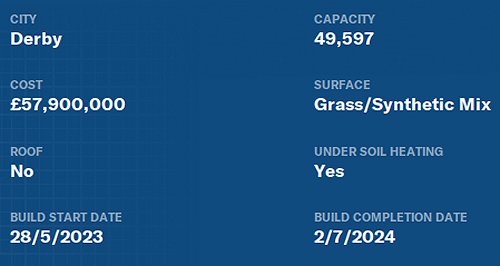 The biggest news of all is that Pride Park is undergoing a year of tender loving care. The board is plunging the best part of £60 million into expanding the stadium, agreed after we entirely sold out our season ticket allocation and the supporter base has grown to the point where we can justify the work. When we return, in thirteen months’ time, we will have the capacity to play before 50,000 fans, which puts us in a higher echelon than we’ve enjoyed previously. Until then, we will be playing in Birmingham. 2023/24 will find Derby’s home moved temporarily to Villa Park, about which I am less than delighted but hopefully it will be worth it when we return.