More good news arrives with the revelation that Derby are among the best Premier League clubs when it comes to the turnover-wages ratio. Salaries eat up 34% of our revenue, which is low enough to place us eighteenth in the table. Brighton are in the most parlous position, which given their little ground seems fair enough to me. You can probably imagine for yourself who’s in the rudest health. Honestly, when your reach is global the resources dwarf everyone else’s.

The league calendar finishes with the visit of Manchester City to Pride Park. They’re looking to consolidate their recent grip on Champions League qualification, having risen from nowhere under new manager Diego Simeone. As I think I’ve said previously, this looks like a match made in heaven. Simeone may be no Guardiola, ruling with fear and an iron grip, but if his approach coaxes results out of City via sheer terror of failure then maybe a kick up the arse is exactly what they need. They’re going to be a team to watch in 2023/24, I’m sure of it. United and Liverpool should both still be up there, and now you can add the blue half of Manchester as they roar back into contention and make life just that little bit tougher for the rest of us. 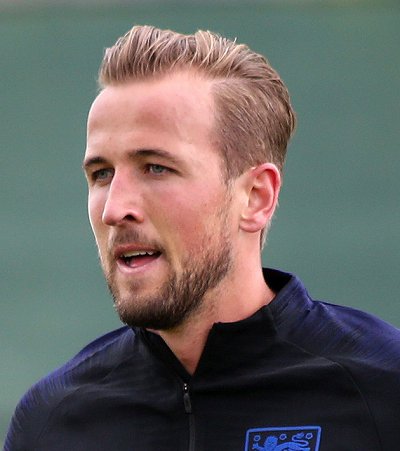 Over time successive City managers have remodelled the team’s attacking ranks. The likes of Aguero, Sterling and Jesus have gone. Sir Harrington Kane is the head of their arrow, playing in front of an attacking midfield three comprising Zaniolo, Havertz and Tiba. The latter is a recent acquisition, a 20 year old Brazilian left-winger snapped up from Sao Paulo for £22 million. You can think of him as a rival for Max Willian within the future of the national team.

Having sealed the league title a couple of weeks ago we are now playing for the possibility of an unbeaten season. Nobody has taken us down in the contest yet, indeed the only defeats at all that we’ve suffered were at the hands of Atletico Madrid in the Champs, and our Carabao Cup final loss to Liverpool. Hardly a bad record to carry into the last regular fixture and now it’s something I would like to preserve. If we can avoid defeat today, which is a reasonable ask, then we will have equalled the 2003/04 Arsenal side for invincibility, and that’s something we can all look back on fondly.

It looks as though that proud record will be undone just before half-time when Sir Harrington heads in from a De Bruyne free-kick. Ordinarily we are terrific at defending set-pieces, but there’s something otherworldly about the Belgian’s kicking and of course Kane is as potent a centre-forward as you will ever find. I could blame Pellegrini for conceding the goal as it’s his marking job; in truth though, it’s just a great goal. Up until this point we’ve participated in a very even game. Hlozek has missed a few chances and we have never looked second best in going toe to toe with the blue-shirted giants.

With nothing left to lose we spend the second half attacking in greater numbers. City feel the pressure and begin to withdraw, and has been the case since time immemorial their defence remains the weaker link for them. It’s still good, obviously, but the players are flappable and when you showcase John Stones you are always going to present chances to the opposition. Eventually we get our reward for pushing forward. Frimpong does a terrific job on the right wing of dummying Tiba, forcing the Brazilian to commit himself to going to ground and evading the challenge, then crossing for Eddie Salcedo, who treats Stones like a minor obstacle in ignoring him and slicing his shot into the bottom corner.

We continue to press, but everyone’s happy enough to share the spoils from this one. City have met their objective of Champions League qualification. We get to finish without giving away a first Premier League defeat, and we all have smiles on our faces. Simeone’s post-game handshake is like iron. Clearly when we meet again it’ll be a much fuller blooded affair. 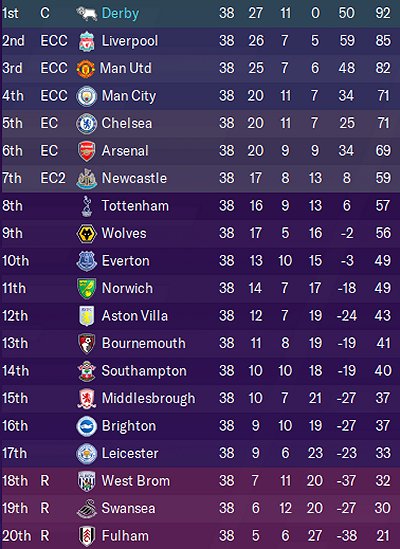 Here’s the final league table. We end the campaign seven points clear of Liverpool in second, which is terrific. After this I’m not sure where we can go next – having an unbeaten season is a rare thing indeed, not to mention a bit of a bonus as it wasn’t something that concerned any of us until the title was clinched and we were looking at secondary targets. West Brom and Swansea join Fulham in going down after managerless Leicester save their campaign at the very last gasp. It’s quite beyond me how they can be as bad as they have, and maybe there’s a warning for us there. One tip from me – try sticking with your manager, unless it’s clear that they’re going to be a disaster a la Frank de Boer. All that chopping and changing can’t help.

Our domination in the league has been underpinned by tight and solid defending. Everyone knows it, and it’s why Oxford and Tosin are included in the team of the season. In a line-up containing only Rams and Liverpool players, we can look smilingly on at Moriba, Lookman, Hlozek and Salcedo who are also included from our ranks. I am named as the best manager of the season. Paulo Dybala is Footballer of the Year both in the supporters’ vote and the separate one conducted among his fellow players. Jack Butland comes third in the Golden Glove award, behind Alisson and De Gea. Unlike his rivals, Jackie didn’t play every minute of the campaign for us. Dean Henderson got a relatively high amount of time in goal, including those instances when I plain forgot to switch my starting keepers, and it’s this that has probably done for his chances within a campaign during which we conceded a measly nineteen goals. For the mathematicians among you, that’s zero point five goals conceded per game. 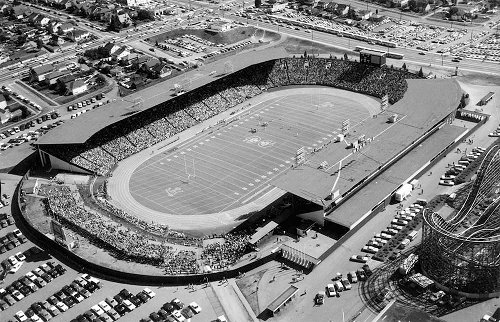 On to the FA Cup final, on a pleasant late May afternoon at Wembley. We haven’t contested this since it was known as the Empire Stadium, whereas our opposition are regulars and still carry the best overall record in the competition. They have finished the season in sixth place, on 69 points, with Mikel Arteta promising to do better by apparently transfer-listing half his squad and seeking replacements. They line up with Jota playing up-front, Pepe, Almada and Saka operating behind him. As far as we’re concerned Thiago Almada is as ever the one to watch, a dynamic game-changer in the Eden Hazard mould, however as it is he does next to nothing. Rumours that he’s off to Real Madrid persist. Clearly those stories have legs, and unless the Gunners get an unlikely reputation boost that somehow propels them into the highest echelon I’m quite sure that he’ll be off before too long.

Harry Wilson misses a penalty in the first half, a weak effort that Onana palms away gratefully. His game never recovers and at half-time I have little choice but to replace him with Adam Hlozek. Though he’s better when playing as an attacking forward, the Czech still has the ability to make a difference, which is exactly what he does in the forty-seventh minute when his header collides with Pellegrini’s cross and sails into the net. Ake’s defending is at best loose on this one.

It feels as though we can really punish the Gunners at this point. They’re tired and they don’t appear to be working very hard for their manager, who never moves from his spot in the technical area, staring stony-eyed into the middle distance as though he wishes he was anywhere but here. We don’t need to do very much more, just maintain the pressure, press their players off the ball when we have to, and ease towards victory. I remember Arsenal beating us in the league last season, when they gave us a hard time and worked with enterprise and purpose. They’re a pale shadow of that side. I don’t know why exactly but I’ll take it, even if we could have entertained the spectators a little better on what turns out to be a damp squib of an occasion.

The season therefore ends with us claiming the precious double of winning both the league and the FA Cup. We’re the talk of the town, the fans and board delirious with happiness, and me feeling as though the Derby job to a significant extent has been done. Sure, we can try and retain the league, which will be no laughing matter with City almost certainly emerging refreshed as contenders. We can give Europe a better go, move the Rams closer to – or even achieve – glory in the Champions League. That would confer on us the title of being the best team on the continent, not to mention righting some wrongs from the 1970s, and wouldn’t that be nice? 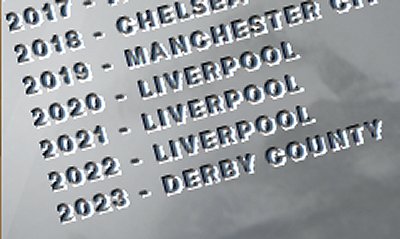 All the same, bit by bit and especially as players come and go, this is feeling less like the Derby County Football Club that I took over all those years ago. Only Bielik, Lowe and Bogle remain from the original first team squad I was placed in charge of, and it’s likely that I will replace Max this summer so the side once again moves away from what it was. That’s progress I guess, though it seems to me that we are increasingly just another good team rather than identifiably being a set of Rams. Hopefully that’s okay with readers and fans of the club who can’t understand why I haven’t made more of the elusive gifts that Graeme Shinnie brings to the cause. To my mind I might have done fine things with the team, but so many changes have been made along the way, and in the 2023/24 season we will take a further heretical step when we call Villa Park our home while the stadium is expanded. Strange times.