Southampton are starting their bid for Premier League safety early this year. For the past two seasons they’ve pulled off a great escape, often enough leaving it until the last weekend to haul themselves over the line into seventeenth. Not long before we take them on, the Saints’ manager Paco Jemez is under pressure. It’s the normal lot of gaffers at St Marys as panic sets in, the desperate need to cling on. But the Spaniard made of sterner stuff than his predecessors. He’s saved their bacon in 2021/22, and this time he’s guided them to fifteenth. They aren’t safe yet, but the small gap between themselves and the relegation places might be just enough.

None of this is our concern of course. We have our own thing to fight for, and it isn’t an insignificant matter to go for the league title. I’m happy to see Southampton come close to another top flight campaign, but not today. Today we win… hopefully.

This one takes place at Pride Park, in the unfamiliar surroundings of a mild and sunny afternoon. Dad, what’s that big yellow thing up there? Why’s the sky… blue? I name an attacking line-up. The in-form Bellingham joins Moriba in central midfield. Hlozek plays on the right wing because we can at last name Sebastiano Esposito in our match day squad again. The Italian’s back problems have been overcome, but he’s considerably short of match fitness and I am recommended to give him substitute’s appearances to build it back up. He’ll do well to get any time with Eddie Salcedo in such stonking form, but he ends up having more than I planned for when the striker goes off in the twenty-first minute with what is later diagnosed as a tight hamstring. Typical, right? Salcedo’s played himself back into our hearts, only to be lost for a week.

Almost as though Eddie is the only man who can make a difference here, the game dribbles out to a 0-0 draw. We pull out every trick we have, restricting the visitors to scraps while we surge forward again and again, yet to no avail. It’s a classic stuttering job of work by my attacking cohorts. Hlozek is almost anonymous on the right before he gets pulled for Wilson, to little effect. Worse still is Esposito’s work. He’s a pale shadow of the predatory striker we are used to watching. An understandably weak showing produced from someone who hasn’t touched a competitive ball in months, and not the heroic comeback we are all hoping to see.

For their part, the Saints do well enough and demonstrate to everyone watching that there’s steel in their ranks. Bosko Sutalo, a Croatian centre-back signed from Atalanta in the summer, is their main man, dealing with everything sent his way, as though fuelled with the spirit of former Saint Virgil Van Dijk. Fraser Forster does what he has to do in goal, and ultimately I can only chalk this up to nerves on our part coupled with the away side’s gritty defending that it ends goalless.

The good news comes from elsewhere, as we learn that Wolves have downed Liverpool 1-0 in the Saturday evening game. United do for Bournemouth, but it was always the Pool with their matches in hand that I perceived to be the danger team, and the Wanderers have done us an enormous favour by prevailing against them.

After a fantastic April run of results that has seen Derby win all but one of our matches I am named Manager of the Month. Salcedo is selected as its best player, which seems fair and only exacerbates the effects of his loss to the cause. The board are still very happy with my work, and why shouldn’t they be? We have exceeded each and every expectation, and I am as pleased as Mr Morris and his cronies with the harmonious changing room spirit. There are no unhappy players here, and they all – with the exception of Gabriel Barbosa, who’s only on the books temporarily – support me entirely. Here’s a tip for you, readers – get this bit right. Make sure you treat the players properly, get them on your side, and you can produce gold dust from ballers who are normally in the bronze category. You might remember my abortive save with Real Madrid – I gave up when it became increasingly clear that no matter what I did, how I handled the players, they really didn’t care for me and their playing performances were indifferent at best. 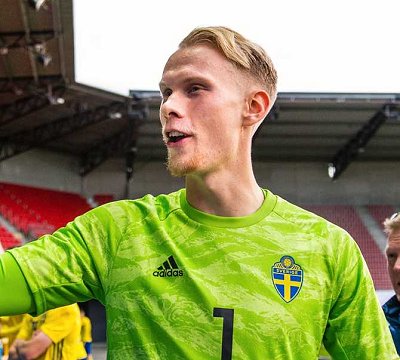 May opens with another highly winnable home tie, this time against Brighton and Hove Albion. They’re safely ensconced in lower mid-table, accruing 36 points that ought to be enough to see them preserve their status. Graham Potter has done a fine job here. He’s performed the single task I would expect of anyone with an intent to succeed, which is to invest in a good goalkeeper. Pontus Dahlberg is a 24 year old Swede, a highly competent signing from Watford who ends up conceding a lot because of the side he plays for but personally carries fantastic attributes for his job. He isn’t eccentric, he has catlike reflexes and at 6′ 4″ possesses the natural height to deal with most things. Ahead of him is a very decent pair of English defenders in Dunk and White, while the likes of Gross, Shaqiri and Trossard lend them the sort of brittle quality in attack that means we can never switch off against them. Apparently Shaqiri, a recent acquisition from Liverpool, is unhappy with his manager due to a broken promise. As always I’m intrigued to know what this might be – he’s played a lot of matches so what exactly was offered to him and then denied?

This one takes place on a Tuesday evening. It’s cold and wet in Derby, which makes it feel like home. Hlozek starts in attack for us. Esposito is on the bench again. Wilson is picked for the right wing because I would rather rely on a proven and dedicated club servant over the more talented yet largely indifferent Barbosa, an enigma who isn’t going to be our problem for very much longer. You want high-profile signings, Derby board? Be very careful what you wish for.

A first half that’s blissfully highlight-free leads to angry scenes in the dressing room. How can they not be ahead, I demand, not appreciating until later that we’ve been given plastic cups in order to spare the DCFC crockery? We haven’t played badly, but it seems that without the scoring exploits of Salcedo we’re toothless, and nobody wants to be in a position where they’re relying on the inconsistent Italian. The visitors have come to hold the line, and just like we do sometimes are capable of producing a strong display. They’ve lined up with four defenders and two defensive midfielders, building a wall that we are failing to overcome. Better is expected. Attack!

It’s at moments like these that I’m grateful for Adam Hlozek. One of the match’s most individually gifted participants, the Czech can be utterly vexatious by doing nothing for eighty-five minutes only to be immense during the other five. He has us ahead shortly after the action resumes. Settling back into arraying ourselves just outside the Seagulls’ penalty area, the move starts with our midfielders passing between themselves. They’re looking for gaps and eventually Moriba finds one as Hlozek is pushing against Dunk, who is on a booking. The Spaniard finds him, and easing away from his marker Hlozek plants a low shot into the far corner that for once defies Dahlberg, the keeper left on his knees. Shortly before the end, Chirivella picks him out when he’s close to goal, just behind White. Hlozek lines up to volley from point-blank range, a spectacular strike from a tapping-in position, and we couldn’t be happier.

That does for Brighton’s  challenge, one in which they defended with aplomb yet came across a forward who was determined to play his part for the cause. 2-0 is a great result at a time when we just need the points, and it leaves us on the cusp of glory.

Liverpool and United are both involved in the Champions League while we carve out a hard-fought victory here. The latter do enough against Leipzig, winning 1-0 at home to finish on a 2-1 aggregate. They will face Barcelona, who frankly look terrifying. The Pool record a 2-1 win at Anfield, but overcoming the four unanswered goals Barca put past them back in Catalonia was always going to be a tall order, even taking into account Messi and Co’s now traditional troubles on the road, and they don’t achieve it.

We have three games remaining – Arsenal and Fulham away, Manchester City at home. Our requirement is a point, a single point. I’m asked about the possibility that Derby will emulate the great Arsenal Invincibles team and go through the entire league campaign without losing, and I don’t care. As long as we get the one point then any and all other feats can be damned.