You know how I have spent many recent posts expressing my frustrations about Eddie Salcedo? Just as I’m thinking of replacing him in the side at the end of the season he scores four goals during a single match. The victims are Middlesbrough, visitors to Pride Park at the weekend as Liverpool are beating Chelsea elsewhere. Seeing them overcome the considerable challenge of Unai Emery’s Londoners it’s clear we need to sustain the margin we’ve built up in the Premier League, especially as we’re off the Stamford Bridge in midweek.

Boro are the perfect opposition for us. Fourteenth in the table, five points clear of the drop zone but with more hopeless cases between themselves and the bottom three, they aren’t in truth very good and we should have enough in the tank to overcome their challenge. We welcome them to an inevitably soaking Pride Park and go ahead in the seventh minute when a Wilson corner is headed in by Salcedo at the near post. Poor defending by Dael Fry, Boro’s best centre-back, who is absolutely defied by Eddie for movement and in jumping for the ball. Salcedo’s twenty-first minute goal is even more spectacular. It’s another Wilson corner. This one is aimed deeper, the Italian dashing into a wall of three Boro players and rising above them all to once again head beyond Lecomte.

Eddie gets his third shortly before the break. A shot at goal by Max Willian hits the post and the ball stops dead on the wet turf. Former Derby defender Perr Schuurs is nearest and has the task of clearing it as far as humanly possible, but he’s slow to react and Salcedo sneaks in again, slotting his shot across the goalmouth and in at the far corner. The striker’s fourth is claimed straight after the whistle blows for the second half. Frimpong sends in a cross and he’s there to fire home, Schuurs on coverage and looking entirely lost. Just as I’m thinking that all the ill-will and curses I have sent in Salcedo’s direction have been misplaced, he has to go off with what turns out to be a tight Achilles. Fortunately the layoff is considered to be worth a day or two’s worth of treatment only, but it would be typical of him to have his best match in a Rams shirt and then get himself injured.

4-0 is an emphatic scoreline, and obviously everyone’s delighted. Chelsea‘s defeat means that they now can’t catch us in the league. Carrying eighty points in the bank, we are unable to finish any lower than third and that brings with it a guarantee of Champions League qualification. As a consequence the Derby board hangs me upside down in leg irons for a meeting in which they outline my budgets for the new season. We now have £2.2 million per week to splash out on wages, along with a transfer budget of £78.8 million. That’s a serious amount of money, and I look forward to working out where to spend it. A right winger and left-back are the priority positions. Eddie’s exploits and the recovery of Esposito might have stayed my hand where drafting in a centre-forward is concerned, but there may be a consideration towards finding a new left-footed centre-back to alternate with Reece Oxford. As ever, matching my requirements with who’s available will present the usual quandary.

Burnley and West Ham both guarantee promotion from the Championship as they have only one match left to play. The playoffs will be a mash-up betwixt Sheffield United, Watford, Leeds and Crystal Palace. Aside from the Peacocks all these sides are recently relegated outfits, so for once I’m hoping that they do it, even though it’s been fun to watch Sean Dyche‘s boys fail to meet their potential.

The night before the Chelsea game I watch Liverpool take on Barca in the Champions League. It isn’t pretty. Played in Catalonia, the first leg sees a 4-0 wipe-out for the Catalans. Two goals apiece for Mbappe and Griezmann and the usual defensive solidity of Van Dijk brought low as he’s named as the centre-back most culpable for their poor showing.

This also means that Pool are stacking up the fixtures. They have to play away again two evenings later when they go to Norwich. How they can be anything other than fatigued for that one is anybody’s guess, but who cares, right? We’re at Stamford Bridge. I’ll take a draw here very happily. We won this fixture last season at a time when we were building towards an unlikely title tilt that went away just as quickly as it arrived. This time we’d love to win again, and on this occasion to continue our march to the top. 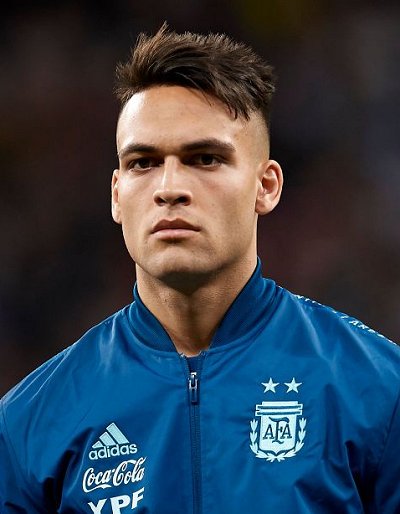 Unai Emery is under pressure to get results at the Bridge. His Blues are in a Champions League place, but their own title challenge has vanished and their place in the top four is under threat. It isn’t what old Moneybags would be hoping for, I’m sure, especially after another season of heavy spending (£230 million). Worse still is the persistent rumour that Lautaro Martinez could be spirited away to Old Trafford. As the league’s leading scorer both for this campaign and the last, the Argentinian is a totemic influence and it looks bad when it appears he might be hoping to go elsewhere.

It’s raining – again! – in London. We take the lead in the first minute when Ihattaren is robbed of possession. The ball is threaded back to Hughes, who hits it long to the penalty area where Eddie Salcedo is in line with the Chelsea defenders and weaves himself clear. As Colwill and Ampadu try to surround him the Italian places an accurate shot that crosses Kepa’s body and flies into the bottom corner.

This is good, but now we have to prepare for the best part of an entire match where we will weather the blue-shirted storm. And that is exactly what we get. Our outlook becomes increasingly defensive as the home team do everything they can to beat us. We rack up fouls, take on three yellow cards, attack sparingly, look for gaps, hold on to the ball even if there’s little we can do with it but retain possession and catch our breath… It is anything but beautiful football as we see out the time, frustrating the Blues, throwing bodies in their way and very occasionally relying on Jack Butland to pull off another worldie, as he has to when Martinez pinches the ball from Oxford and finds himself with only the keeper to beat. Jackie steels himself, gets a fingertip to the shot and tips it over the bar. A corner, but that’s okay. Not conceding is the only thing that matters.

We know we’ve got away with it when Chelsea leave gaps wide enough for us to get in some late shots. Moriba hits one that goes so narrowly close. It’s fine. As long as the ball is at the opposite end of the pitch to our goal I am happy.

The whistle for full-time blows, and we’ve beaten the Blues. Eddie wins the match ball for generating its solitary goal, while Hughes and Butland come in for justified praise after producing two battling performances, but in reality this is a victory for our defending. Derby have set a new team record of not conceding a goal in seven straight games. Since beating Liverpool 3-2 at the beginning of April, nothing has got through while we have won seven straight, five of those by a single goal. That’s absolutely cool with me.

The table above includes the situation after Norwich have pulled off a shock 1-0 victory over Liverpool the following evening. When I look at the exhausted Pool players struggling off the pitch at the end I can see that simple tiredness has killed off their challenge. Had we stayed in the Champions League then this might have been us. Two home games follow. The opposition are Southampton and then Brighton, and if we have anything about ourselves then we’ll beat them both, indeed we will need to with May containing an away day at Arsenal and taking on a rejuvenated Manchester City at home. The magic number now is 91. That’s the number of points we need to accumulate in order to clinch the league, regardless of what anyone else does. It feels as though we are very nearly there.