Marcelo Bielsa parts ways with Wolves in the wake of our victory. I wonder if the 67 year old legend has been dismissed, but in reality he’s taken the job at Borussia Dortmund and is leaving England altogether. The favourite to take his role in the Black Country is Gian Piero Gasperini, with Maurizio Sarri also interested and Ronald Koeman keeping quiet about his links with the role. One manager who won’t be going there is Diego Simeone. He’s been installed at Manchester City, which to my eyes looks like an almost perfect appointment as the Blues aim to put their disappointing campaign behind them. 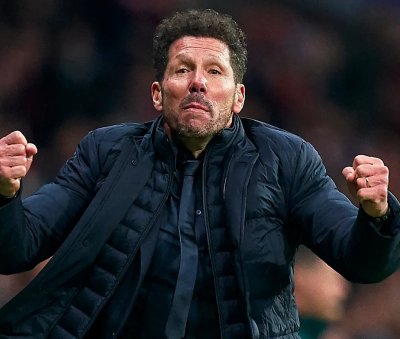 A report is issued that outlines profits made in the Premier League. The collective profit is £316 million, of which we are slightly below average in clinching a £10.75 million upturn. That puts us in ninth place. Things are heavily skewed at the top of the table, where Manchester United have blown everyone else away as always. Champions League participation makes all the difference, and has no doubt had an effect on our ability to spend no little amount of money while making a small profit overall. United and Liverpool are of course operating on a different tier to the pack, and they’re both still playing in Europe’s big competition. At the Semi-Final stage, Solskjaer’s men are taking on RB Leipzig while Liverpool get Barcelona, who have blitzed each opponent in reaching this point. Messi’s still at the Camp Nou, a 35 year old impact sub, but if you’re going to remove him from your regular starting line-up then Kylian Mbappe is probably one of the few players out there who can usurp his place. I can’t see it being an easy hurdle for Klopp and his boys.

United beat Newcastle 2-1 in the league at the weekend, but these are matters that are beyond our ken as we’re participating in the FA Cup Semi-Final. In the other draw, Liverpool are taking on Arsenal and go down 2-1 after falling to late goals from Kimpembe and Almada (a target for Real Madrid, and we do hope it becomes a reality). We’re facing Bristol City, the last Championship team remaining in the competition. They’re in seventh place, six points beyond making the playoffs and qualification unlikely with only three fixtures left to play.

If we hold our nerve then we should make it to the Final, and whilst Arsenal are more than capable of besting us it’s a relief to find that we don’t have to play Liverpool again. That isn’t to dismiss our present opposition. They’re a side we enjoyed mixed fortunes against when we were both playing second division football. A 3-1 victory at home was complemented with being hammered 3-0 at Ashton Gate, not one of our better days as errors contributed to our fall. Much has changed for both sides since then. Now they’re managed by Peter Krawietz, the latest in a churn of sexy German managers coming over here as teams try to unearth the new Klopp. After serving under the great man at Anfield, Krawietz is experiencing his first head coaching role in Brizzle and in leading his men to the latter stages of the FA Cup is clearly doing a good job.

I’m advised to keep an eye on Antoine Semenyo, their homegrown right winger who has the finishing ability and pace to make me reminisce about Bakery Jatta. Joe Lolley on the opposite flank has just as much of an eye for goal, and the same’s true for their striker, Nabil Touaizi, on loan from Manchester City and close to hitting twenty for the season. There are goals in this side, that’s for certain. They’re second in the division for their scoring rate, behind Sheffield United, but they can concede a fair few also. They might just be made for us to overcome.

At a wet – would we ever have it otherwise? – Wembley Stadium, watched by 90,000 supporters and with further millions watching at home, we produce no classic. Thinking of future challenges I keep Lowe in at left-back, and use a midfield of Gallagher and Bellingham. There’s nothing wrong with the latter, who’s developing well, but the former Chelsea midfielder hasn’t done a lot for us and is close to being chalked up as a transfer failure on my behalf. He makes it to half-time before being removed for his own sake. More concerning is the gashed lower leg incurred by Ademola Lookman. Taylor Moore earns a yellow card for his rough challenge; the winger is ruled out for a week.

Despite consistent pressure we produce a single goal, and that’s enough to kill off the Robins. Wilson’s cross is headed towards goal by Eddie Salcedo. It’s straight at the keeper, but the ball’s slippery and wet, and Kobel can only parry it to the floor, more importantly right in front of the Italian, who just needs to sneak it in at the near post. Remarkably this is Eddie’s seventeenth goal of the season. You might think that’s a fine record. You may even be wondering what on earth I’m complaining about. Basically, he should have scored many more than he has. He reminds me of Andrew Cole, the onetime Newcastle and Man You striker who has a great goals record over the course of his career, however the Fantasy Football show used to revel in showing the sheer number of chances that went awry. You could do the same where Eddie’s concerned, with bonus content to cover the number of incidents when goals have been ruled out for offside.

Still we’re through, despite having produced nothing like a vintage display. City are decent opposition but we make hard work of them, and the one note of real pleasure is how far forward we have shifted over the years while they have more or less stayed the same. 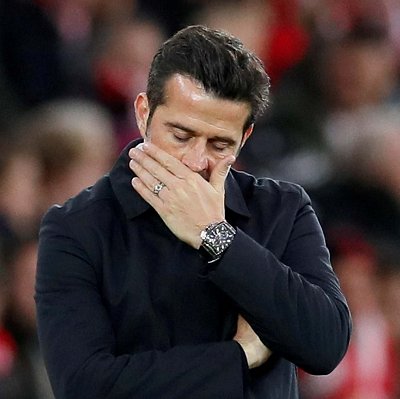 In midweek a full Premier League programme showcases Liverpool going to Arsenal after being dumped out of the FA Cup by them. If we’re expecting the Gunners to do us any favours then it doesn’t happen here as the Pool achieve a narrow 3-2 victory. United win by the same scoreline at home to Norwich. We’re off to the Liberty Stadium to take on Swansea City. They’re seventeenth, and as we have difficult away days at Stamford Bridge and the Emirates before the end of the campaign we’re hopeful of grabbing a win from them. I say some nice things about Marco Silva to the press, which he graciously takes as Ferguson-esque kidology and launches into an angry tirade. Psychological mischief managed. Swansea sit just outside the relegation places. Leicester, Southampton and Fulham are below them and just about anything can happen in the pressure pot they’re occupying.

Again, it isn’t a great display from us. That we squeeze out a victory is to our credit. Adam Hlozek beats Ben Davies in the Swans defence and scores from a low shot in the twenty-fourth minute, and at that moment it feels as though the floodgates might open. They do not. Instead we look as though we’re going to cough up our precious and slim lead in the second half when Jayden Bogle concedes a penalty to Matt Grimes. The midfielder opts to take the kick himself, a powerful effort but one sent straight down the middle and right into Jack Butland’s grateful arms.

In our favour, we dominate and largely control the action beyond this moment. Ilaix Moriba is especially good in midfield, orchestrating everything, but he has a stuttering attack to work alongside and while we could have produced more we resolutely fail to add to our account. Still a win’s a win, and we’re three points closer to clinching the title.

At the weekend we’re entertaining Middlesbrough, who are once again defying the odds to achieve safety in lower mid-table. After that we’re going to Chelsea, one of those fault-line fixtures that could define our final place. Our record against them is mixed. We’ve won before now at Stamford Bridge but we have also been made to look like proper turkeys there; however we have the prospect of ending their slim title dream in our hands, and that should be incentive enough. Meanwhile, and in a wearingly predictable turn of events, Leicester City are looking for a new manager after dismissing Mendilibar….