To date we have enjoyed taking on Everton very much. Unlike their illustrious neighbours the blue half of Liverpool have been very obliging to our cause, rolling over helpfully on request. They’re in eighth place, as capable of dealing out judgement as they are of being dealt in turn, and for the life of me I can’t see what the issue is considering their squad is perfectly fine. If they do have a weakness then it’s one that we are very familiar with, which is their low goalscoring rate. Dominic Calvert-Lewin has put away eleven strikes in the league, but beyond him the pickings are slim. Jose Juan Macias – who they start with against us – has never risen beyond single figures since his £27 million signing, and Dominic Solanke is up for sale, unwanted and available at the knockdown price of £6 million. The 25 year old is on our longlist of transfer targets, present despite the heavy caveat that he’s just as goal-shy as anyone we possess – I’m not sure that he’s the answer. To any question. 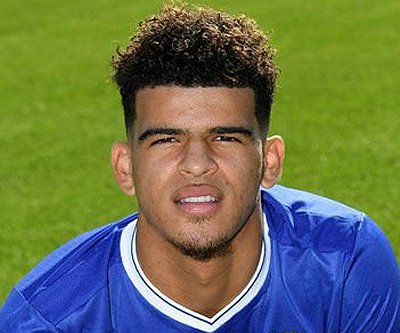 Behind their forwards Thomas Frank can call on a great set of players. Jarrod Bowen, Hakan Calhanoglu and Richarlison could all walk into this side and enhance us. Andre Gomes and Nabil Fekir are cracking attacking midfielders, nor are they short of talent in defence where the likes of Mason Holgate and Lucas Digne represent a considerable wall. There’s potency, no doubt there, but they lack any level of consistency. We’re expecting to win against them.

On the day before we play Manchester United and Liverpool both draw. The former’s 0-0 at Wolves isn’t necessarily anything to be ashamed about, but it’s Swansea who go to Anfield and hold mighty Liverpool 1-1, featuring a goalkeeping masterclass from Emiliano Martinez. Even after Ashley Westwood has been dismissed early in the second half there’s no breakthrough, which suggests Klopp’s globetrotters can have a real problem when they’re taking on sides that they’re heavily tipped to beat. We are able to go five points clear if we beat the Toffees, and that should be more than enough incentive for us to perform.

It is obviously wet in Derby on Sunday afternoon. We’re playing on this day because the opposition is still contesting the Europa League. They’ve put four past Real San Sebastian in the first leg of the Quarter-Final, which is good for them but also for us as they are showing signs of match fatigue when they take the field here. Max Lowe continues to feature in our defence as Luca Pellegrini is handed a further two-match ban after his sending off in the Pool game. Will Hughes is back in the line-up, alongside Bellingham, whilst Eddie Salcedo is persevered with. I have to believe that he’ll come good eventually, though this run of games is essentially him on trial. If he picks up his form then he can stay; otherwise he’ll be gone at the end of the campaign.

Confident of victory we tear into the visitors from the start. They’re a good side but beatable, and our pressure results in a penalty on the half-hour mark when Mola shoves Hughes over in the area during a free-kick routine. A cheap one to give away. Gabriel Barbosa steps up to take it, and though he does little else in the game he’s competent enough to send the otherwise solid Jed Steer the wrong way before finding the net. Just before the break a Chirivella corner is headed out by Richarlison but then gets headed back towards goal by Will Hughes. It isn’t an especially strong effort, however its bounce somehow defies Steer and goes in.

Everton show more life after a Frank rollicking in the dressing room. To no avail, it turns out, as the only incident of note is the lower leg injury to Macias that simultaneously puts him out for a week and introduces Calvert-Lewin, who we have to marshal more earnestly. We have a known problem when it comes to scoring goals, but so do the opposition who struggle to make much of an impression. 2-0 is the final score, which is just fine. Salcedo has a quiet game, not even an offside goal on this occasion, and where I’m concerned this moves him a step closer to the exit.

There’s a two-day break before we open the gates again to welcome Wolverhampton Wanderers. Our main rivals are involved in the Champions League so it’s an opportunity to move further out of sight at the top of the table. Though we should prevail at home, Marcelo Bielsa brings a quick and dangerous squad that I think is better than its mid-table berth. There are some players in this side who I would love to have command over. My desire to sign Adama Traore has abated somewhat, however I’d reshuffle my midfield to accommodate Lewis Cook, who’s not available and therefore a remote prospect, while Todd Cantwell has been put up for sale and might become a bigger target if Ademola Lookman ends up going.

Due to the lack of time we are much changed for their visit. Tosin and Bogle are back in the eleven, two players who are on other teams’ wanted lists – Spurs are eyeing the tall centre-back, while Jayden is an object of unrequited lust for Wolves and Boro. We aren’t selling him, and that’s all there is to it. Well, maybe if you offer a ridiculous sum of money…

The game is a low-key affair, almost certainly because you can’t play two matches so close together and retain a full-blooded pace. The visitors force a couple of quick reactions out of Butland, and Hlozek makes a nuisance of himself in the Wolves area, producing good saves from Juan Musso, who will end up being named Man of the Match mainly due to the absence of obvious nominees elsewhere.

I believe that this one will peter out to a 0-0 draw. We’ve broadly cancelled each other out and are playing a fractious, bad-tempered game in the traditional rain. Wolves target Lowe as the main focus of their attacking pressure. This makes sense. He’s the weak link in our defence; as always though Max is at least competent and deals with Rui Peixoto on their right wing well enough. We’re focusing on the same flank. Max Willian versus Jonny carries far more potential for us than the pitched battle between Barbosa and Vinagre, pitting our diffident winger against one of the better left-backs out there. Our goal comes from the left, a comedy of errors when Max Willian’s cross is turned beyond his own  keeper by hulking German defender Christoph Zimmermann. As soon as it’s scored, we spend the remaining twenty-five minutes reducing our attacking focus, dealing with everything they throw at us. Tosin is forced off with a minor knee injury, but Bielik is a capable alternative, and Moriba is sacrificed for Chirivella as we see the time out in solid fashion.

Not one for the highlights reel then, but we had a job to do and we’ve done it. The eight points margin we hoped to carve out has been achieved as requested, though Liverpool now have a catch-up game so in reality the cushion isn’t quite as plump as it appears. Still, good times. We are well on course to beat our Premier League points record of 79, and we cannot now finish any lower than fifth. One more victory will place us beyond Arsenal’s reach, guaranteeing Champions League football in 2023/24, and the golden points total is 94. If we hit that amount then it doesn’t matter what anyone else does.