April opens with an A+ score from the Derby board. They’re thrilled with Derby’s progress, however despite the high rating and multiple thumbs aloft there are caveats and concerns. A couple of results have disturbed them, including our Carabao Cup final defeat to Liverpool (in which they overran us) and the 0-0 away draw at Brighton, where arguably we ought to have performed better. They aren’t happy about the wage we are paying to Dean Henderson – £27,500 per week, never a problem with them when Joel Pereira was earning exactly the same sum for doing less work. Another bugbear is the lack of high-profile signings. I will admit that I haven’t done well in this area. I’m far more comfortable when recruiting young players who can be moulded into big names, but they’re the ones putting the money onto the table so I guess I should do their bidding with it.

A heavy run of matches starts with our toughest domestic opposition – Liverpool. Fancied to win back the Premier League title and playing like it, Jurgen Klopp’s world eaters haven’t lose a single match since a 1-0 away defeat to United early in February. Their only recent draw came against us at Anfield. Otherwise it’s been win after win. They’re in terrific form and have that ‘Mike Tyson imperial phase’ sense of unstoppability indicating we’re in for a tough one. 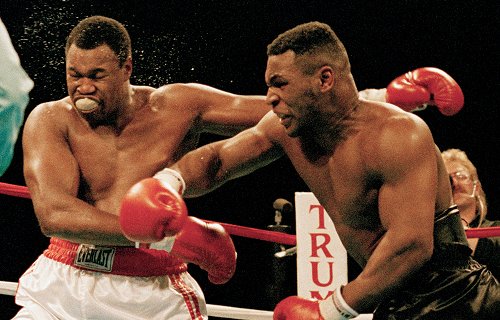 It isn’t essential that we win this game. We’re three points behind with a match in hand and there will be plenty of opportunities to catch up before the campaign’s finished. But I don’t want us to lose either. I select an ambitious midfield pairing of Moriba and Bellingham, the idea being to balance the line-up perfectly between five defensive and five forward thinking players. In my bitter and at times terrifying memories of the Pool they’re at their most dangerous when we play cautiously. Where they’re concerned it’s like unfurling the red carpet. They’re so good at pouring forward and have multiple ways of finding paths through to goal, so it’s as well to try and put them under pressure, refuse to invite them to attack, because they will. Relentlessly.

After an opening spell during which we thrill the rain-soaked supporters, we go ahead in the fifth minute. Pellegrini advances and puts in a deep cross, which Barbosa connects with instantly. His effort rattles back off the crossbar, and Eddie Salcedo is the first to react, hitting a lovely strike across the face of the goal that sails into the bottom corner. The crowd erupts. Revenge for Wembley is on their minds, and I’ve made sure via my team talk that it’s on the players’ also. We can’t serve it cold, but this is Derby and we can serve it wet.

The visitors take little more than ten minutes before fashioning an equaliser. Dybala’s corner is cleared out to the edge of the area by someone in the goalmouth melee, but only to Sadio Mane, who unleashes a virtuous volley that can’t be stopped. The situation becomes bleaker shortly after half-time when Naby Keita makes it 2-1. Alexander-Arnold beats Pellegrini before sending in his cross, which is headed down by Mane into the midfielder’s path. There isn’t much that anyone can do about the power and accuracy of his shot, though an effort to put him under some pressure would be nice.

Salcedo scores shortly after, but it’s his regular offside goal that could become the subject of a drinking game or an office sweepstake. When will it happen? How many times will his goals be ruled out by VAR? To give him his due, Eddie is off by a matter of inches. It’s a tight shout that might have been allowed without the benefit of computer technology, and ultimately it doesn’t matter because he scores for real in the seventy-sixth minute. It’s a delicious one too. As a Derby set-piece is cleared away, Tosin finds himself in possession on the left wing. He puts in a cross, for which the Italian times his run perfectly to race ahead of Van Dijk and Gomez before netting at very close range. It’s a goal that’s worth waiting for, evidence that he can do it when he really wants to and of course it could hardly come at a better moment.

It’s been an even affair, a bit of an attacking classic with both sides abandoning their defensive responsibilities to clinch the winner. After much to and fro, scary and exhilarating passages of play, action at both ends of the pitch, Jayden Bogle plunges into the opposition half and crosses. It’s cleared outside the area, but who should advance to meet the ball but Pedro Chirivella, who slams in a venomous strike from around twenty yards out. If you’re going to fashion a deciding goal then why not make it the most spectacular one of the evening?

Still we aren’t done. Liverpool pour forwards to get back on terms. As Oxlade-Chamberlain causes problems on the right wing, a fresh pair of legs to rip into those of my tiring defenders, Luca Pellegrini puts in a late challenge that’s nasty looking enough to earn him a red card. At this stage we are a minute away from the end of stoppage time. I’ve no substitutions left. Bogle, Oxford and Tosin form a defensive three, with Pedro and Vieira sat in front of them. Our mentality becomes very defensive, a holding pattern, and with all those men behind the ball we are able to nullify the Scouse threat until the final whistle. Phew…

With this victory we have joined a three-way tie at the top. Today’s visitors, Manchester United and ourselves are all on 65 points. The kicker where we’re concerned is that we have matches in hand – we’ve played one fewer than Pool while United have three more fixtures in the bank over ourselves. They’re both involved in the Champions League in midweek. It’s a competition that’s dead to us and we are instead away to Leicester City.

This one must be serious because I’m asked to hold a team meeting beforehand. It seems premature to be doing so with eleven league matches remaining, and I recall how divisive these were during last season’s run-in. I used them to play down our chances, calling for a softly-softly approach, and even then some of the boys were flustered as a consequence of me asking them nicely to win, as though that isn’t what they are being paid to do. A lot of the less ambitious players have now gone, and so when I tell them in no uncertain terms that three points is expected I’m gratified to be confronted with a wall of nodding faces. They agree. Clearly the winning mentality I am trying to engender among them is spreading. 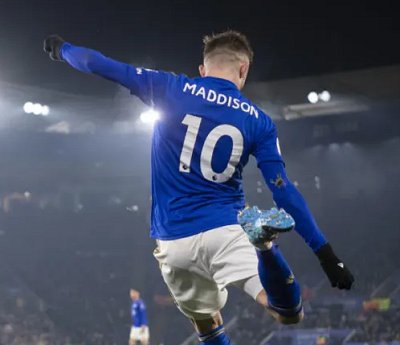 The Foxes are never an opponent I can discount. James Maddison is an excellent attacking midfielder leading a very good set of ballers, and they now have Pierre-Emerick Aubameyang leading their forward line. Even at 33, with his contract winding down and having scored seven goals in 28 appearances, he’s a danger. The Gabonese striker must have seen just about every situation in the game that it’s possible to witness. His guile and finishing are a threat, even if his legendary pace is leaving him.

For all the hoopla they’re sitting in fourteenth place, still under threat of being sucked into the relegation battle and struggling to string together any sense of consistency. Jose Luis Mendilibar is the latest lamb to the slaughter, drafted in to replace Phillip Cocu and achieving a 34% win rate, which I’m sure has him under pressure. It’s set up for a Rams victory, but can we score goals? Even one might do.

The answer to that question is no, not for the longest time. Salcedo does what he normally does – everything right until the final product. God, I wish I could open him up and see what’s inside… He scores a brace against Liverpool so I think he’s turned a corner, only to watch him make a mess of the one genuine chance that he has created for himself. Other shots appear to be magnetically drawn to Kasper Schmeichel; he deals with everything, while the home side wilt as the match progresses. They start well and go close several times. Aubameyang has one great punt that thankfully clatters off the goalpost. But over the course of the proceedings their inspiration dries up.

It looks for all the world as though it’s going to be another goalless nothing as the minutes tick by. Salcedo goes off. Adam Hlozek comes on, darts on a solo run and shoots from twenty yards out, beating Schmeichel as though the keeper’s abilities mean nothing to him. Eighty-eight minutes are on the clock. Once again, we’ve the Czech forward to thank for sneaking victory from the jaws of a nil-nil draw.

And here’s the table, with Derby three points clear and bearing the capacity to pull even further away if those matches in hand are won. We’re approaching Easter weekend with two games in three days, both at home against Everton and Wolves. It feels as though we are approaching something close to good form again. In the wider world, we can no longer finish the season any lower than seventh, so our chances of meeting the board’s aim of finishing in the Europa League qualifying place should be in the bag before too long.