I’m writing these words towards the back end of September – if memory serves, I think they will be due to appear on the site in mid-October. With the fourth Derby County season drawing towards its latter stages I am beginning to wonder whether to plough on into a fifth or stop the story at that point. Of course, we all know that Football Manager games never really end. There are greater heights to scale with the Rams, I’m sure, or the possibility that I’ll win the league with them and then potentially look at a new challenge within the save, but as regulars – are there any regular readers? – will be aware there’s a lot of work that goes into transferring my deeds into daily updates. Putting it together remains good fun, however the plan for it was (ill-)conceived to be little more than something to do while we were all in lockdown – and to give me a distraction whilst I worked towards stopping alcohol, a feat about which I’m pleased to say I am close to celebrating my nine month anniversary – and now I’m back in full-time work.

How long that will continue to be the case remains to be seen. The government rules about their tackling of Coronavirus change daily, almost as though they have no strategy at all (surely not). I work in a school, and clearly the idea is to keep places of education open for as long as humanly possible, however at the time of writing staff and students are falling ill, or shielding, within a pandemic environment that’s getting worse and not better. It feels like we are coming in on notice, ahead of what seems to be an inevitable second wave of shut-downs, and though I work from home well enough the lack of travelling time obviously gives me more free hours to continue this blog. It may very well be the case that soon enough I’m going back to the frankly blissful and trouble-free ‘falling out of bed and into the office’ state of affairs that punctuated spring and summer. For now, who can say? Maybe all that will be happening again once you read these words.

So to carry on, or not? I can’t decide at this stage. There’s an element of me that would like to blitz through the remainder of the season. I play and write about the game simultaneously, and I’m as keen to see how it works out as hopefully you are also. All the same, with things at Derby on their usual knife-edge and potential league and cup glory on the horizon there’s a lot to carry on for and the temptation is just to while away half a day playing it all out. Doing that would come at the expense of detail, outlining my feelings and strategies at each hurdle, the players who aren’t available, things that are happening in the stimulated world of football, and if I’m going to do justice to the written account then I just can’t work that way.

We’ll see, I guess. To continue or not to continue; that right now is the question. 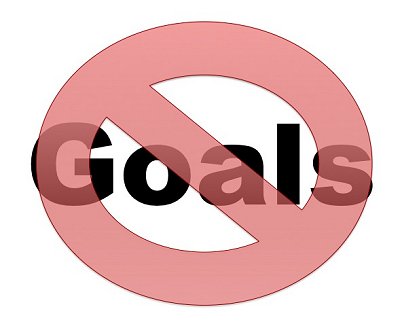 My main issue at Pride Park currently is our goal-scoring potency, or rather our lack thereof. This side has never been a cavalier, all-out attacking operation. The effort relies first and foremost on stiff defending, which is a whole team concern and skews us towards being responsible when going forward and always looking out for breaks. Whilst our league positions have generally been very good we are the smallest outfit to be playing in the Premier League’s upper echelons. In terms of outlook and size we are probably on a par with the likes of Leicester City, Newcastle United and maybe Wolverhampton Wanderers. United and Liverpool, our main challengers for the top spot, can blow us away on sheer spending power. We have neither the reputation – yet! – or the financial muscle of the big London clubs, and so the attacking players we go for are generally based on good potential levels rather than existing star power. The likes of Esposito, Hlozek and Max Willian have been signed as teenagers primarily for what they might become, as opposed to off-the-shelf greats who bring massive swaggering reputations with them. I can only stretch the club finances so far, after all.

We are good against sides that try and play an expansive game. For me, we bested Everton at Goodison Park because they viewed us as being there for the taking. Committed to attacking us, they left gaps for us to flood into when we gained possession and that’s always going to lead to scoring opportunities. When playing teams that come to defend and launch counters, essentially taking on sides that do what we do, we struggle more. The draw at Brighton happened as a consequence of them setting up in a similar way to ourselves, relying on stiff defenders like Dunk and White to bat away our fast but lightweight forwards. It worked. Clearly we are going to have to look at other ways to overcome such obstacles.

Eddie Salcedo remains a massive problem. I signed him on the basis that he was better than his recent form at Inter suggested, and because of that poor scoring form got him on the cheap, but he’s jollily recreating those – whatever the opposite of ‘halcyon’ is – exploits here, and it’s a problem. There’s an extent to which we’re relying on him to produce the goods. Hlozek and Barbosa can both play as our forward, but he’s the only outright natural in the role, especially with Sebastiano Esposito unavailable, and as these things tend to go now his rival for the position is injured his early season goal streak has turned to effluence. I have concerns about my broken backed Italian as well. Will he return to the team and be as good as he was before he went off for surgery? It looks as though he’ll be back in time to play the final phase of our run-in, and he will be most welcome, but the injury has to have had an effect on his potency, right? 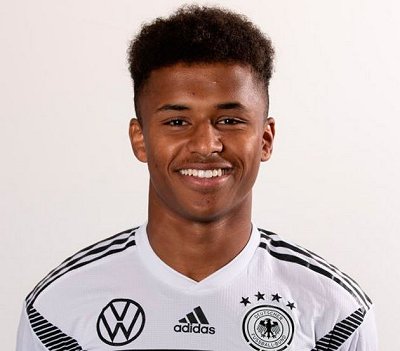 At the moment Gabriel Barbosa looks like he’ll play out his loan period and then be dispatched straight back to Tottenham. Though a good player on paper, he hasn’t been anything like as powerful as I hoped he would be, which suggests Spurs were quite right to put him up for sale. It’s back to the drawing board then. We seek a right winger still. The scouts’ choices are Riccardo Orsolini (almost certainly outside our price range), Steven Bergwijn (good but expensive) and Francisco Trincao (like Bergwijn, but without having blooded himself within the English game). My thoughts turn to Rhian Brewster, who’s equally comfortable in attack or on the right. The Liverpool player would cost around £20 million, and I wonder whether he might genuinely offer anything beyond what we already have. Joe McClaren would love us to sign Borussia’s Karim Adeyemi, a 21 year old forward who has by and large failed to make an impact since his move from RB Salzburg last summer. The German has everything in his locker and is available for £38.5 million, therefore a big expense, and again given his form it feels to me like we might end up with a costlier Salcedo.

There’s never a very good time to go to St James Park and play Newcastle United, well not since the dismissal of Steve Bruce anyway, but now – when we really need to get a result if at all possible – the timing couldn’t be much worse. They’re sixth in the table, led with staggering levels of competence by Lee Johnson, still with no fantastic alternatives to tricky winger Allan Saint-Maximin, and of course they beat us here at the start of 2021/22. I am hovering like an angry and persistent mosquito around their centre-back/defensive midfielder Nohan Kenneh, a young Englishman who is not up for sale at any price but who looks dead good. He’s anchoring an effort at the back that has proved to be stingy, and for much of this one he will keep us in check. Worse still, they go ahead after seventeen minutes courtesy of Jonny’s penalty kick. The culprit once again is Luca Pellegrini. Jonny cuts in from the right wing and is felled clumsily inside the area before he’s even become too dangerous. This looks like turning into a failing within the Italian’s game – it’s probably a good thing that he’s suspended for our next match.

After that, we spend the remainder of the proceedings trying to find a way through their massed ranks. It isn’t easy. Our forwards’ confidence is through the floor; their efforts are swatted aside. Once again, all the good stuff appears to be coming from our defenders, and from Pedro Chirivella. Salcedo is running around a lot, to little effect. Barbosa is unhurriedly hammering another nail into the coffin of his Derby future. A sixty-third minute free-kick by Patrick Roberts pulls us back on level terms. Swung into the penalty area, Tosin Adarabioyo is the tallest target by some distance and he heads from close range past Martin Dubravka.

1-1 isn’t a bad result here. Once again, it’s an improvement on what we achieved at this place last season and that matters, but from a position where we looked to pull away we are now being sucked back into the race. The table I’m showing is from a week later, thanks to incompetence in copying and pasting it at the wrong time, but it shows our predicament clearly enough. April will be our catch-up month. We’re going to have to hit some semblance of winning form, including on our travels.