On the cusp of the Carabao Cup final I learn that Tottenham have appointed Luis Enrique as their new manager. The former Spain gaffer apparently hates me, a fractured relationship based on the times when I was asked whether Ilaix Moriba deserved an international call-up. I said he did. Enrique disagreed, and then he picked him anyway and the lad played throughout Spain’s World Cup finals. Some people are spiky, aren’t they? 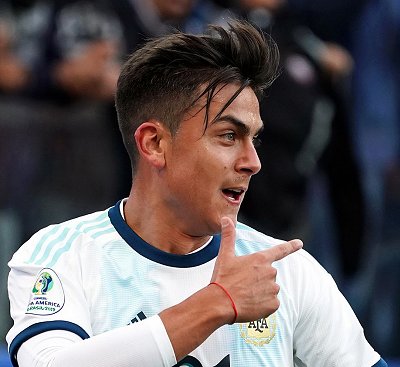 The cup final pits us against Liverpool, who are just about the toughest opposition we could ever hope to face domestically. We were good value for our 0-0 result when we went to Anfield in the league recently, but the players are being asked to essentially repeat that trick at Wembley, preferably also putting one past Alisson along the way. Jurgen Klopp’s super-team are powered by Paulo Dybala, who is treating England like his own personal plaything. He will take some watching, as will Mane and the rest of them, quite frankly. If we thought United were a hard prospect when we met them in this august fixture last season, then it’s as though we have levelled up.

We can’t select Gabriel Barbosa, who’s up tied. Harry Wilson plays. I’m expecting a lot from Moriba, who is picked to play alongside Vieira in central midfield. If we are to get anything then his trickiness at the heart of things will be essential. The opposition have an entire line-up that’s the equal of our Spanish tyro, of course. They set to pummelling us from kick-off and are ahead after forty-eight seconds. Dybala wins a free-kick to the left of our penalty area. It’s floated in dangerously and nodded into a packed box by Van Dijk. The ball bounces off Wilson and into the path of Naby Keita, who is stood on the goal-line and can pretty much breathe it over for the opener.

They make it 2-0 ten minutes later but Origi is clearly offside and VAR saves us. Pellegrini then does his bit to advance the opposition’s cause when he trips Aarons over just inside the area. Penalty to Liverpool. Dybala takes it, a steady pair of feet against Butland, but inexplicably his heavy shot is off-target and sails harmlessly wide of the left post. At this point I think the gods of football are perhaps on our side. Plenty of time for us to get back into the game, but it doesn’t work out that way. A first half that no one would ask for befalls Wilson. He’s removed at the break for Salcedo and Hlozek pushes out to the right. It makes no difference. The two sides are defensively competent and we both get to deal with each other’s attacks, however the Scousers have their early goal and ultimately that’s what makes the difference.

And so after two seasons in which we’ve won every League Cup game we have finally met our match and go down fighting. It isn’t a bad performance really. We were always going to be up against it and Liverpool handed us a hell of a test. I can’t criticise the players, neither to their faces or in the press. It was a test too great, however privately my concerns over our goalscoring potential are growing. Eddie Salcedo hasn’t found the net in six hours of play, which is pressing on my mind. It’s a vexatious situation. He couldn’t stop scoring when he was alternating with Esposito, but now the latter’s out and we’re relying on him, and the well seems to have run dry. If only we could have Seba back in the side, but he’s still up to two months away from being ready. 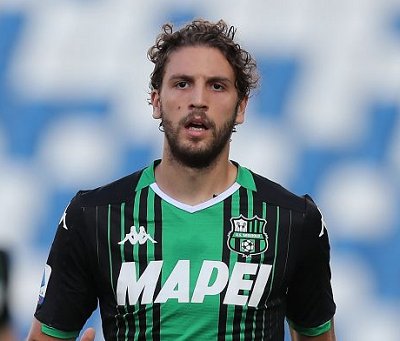 The away game at Brighton and Hove Albion, played six days later, does nothing to allay my fears. I have been named Manager of the Month for February by this point, and the scouting team are advancing the mad skills of Sassulo’s midfielder Manuel Locatelli as a suggested top target. He’s affordable too. Increasingly though, my worries are in attack. Esposito you know all about, and after being in a rich scoring vein earlier in the season we need Salcedo to get his act together. Alternatives within the squad are Hlozek and Barbosa, either of whom can be played at centre-forward. I’m gearing up towards the summer transfer window, with a star right winger chief among my priorities, but do we need to look at the striker’s position also? Seb and Eddie, with Adam as the alternative choice, should be enough, yet there are issues.

Graham Potter’s team, in sixteenth place and there for the taking, should present little challenge, nor should the rainy conditions on the south coast as we’re entirely used to the incessant poor weather by this point. But we have forgotten how to score. For the full ninety minutes we put them under pressure. By the end we will have racked up twenty-two shots on goal. Pontus Dahlberg, a £28.5 million capture from Watford in 2021, plays In goal for them and has much work to do. For their part, they showcase Shaqiri and Gross in attacking midfield as their main points of concern. The former’s crosses are of a very high quality, but in attack they field Callum Mallett, a young striker signed in January from Norwich, and he does little to break his duck since Potter paid £31 million for his non-scoring services.

The Seagulls wield a formidable central defence featuring Lewis Dunk and Ben White. They happily keep us at arm’s length throughout, and there’s no way through them that we can find. I think we might just squeeze out a goal when Lookman’s put through in added time, but Dahlberg catches his weak shot with errant ease. We slink away, back up north, reduced to a goalless draw.

Liverpool beat Bournemouth 3-0 and are now two points behind. United could go ahead thanks to the additional league fixtures they’ve played, but they contrive to lose 3-0 at Southampton and remain in our wake. Determined to buy a win from somewhere, we’re off to Everton in midweek for our FA Cup Fifth Round tie. It isn’t an easy place to get it. The Toffees are ninth, some way off the pace, but they’re still a good side and have augmented their ranks with Hakan Calhanoglu, a handy Turkish winger brought in from Milan for £11.75 million. I’m warned by Derby icon Igor Stimac about Dominic Calvert-Lewin, who’s scored fifteen goals in thirty-three appearances across the term. What we wouldn’t do for a player like that right now…

We go to Goodison having dropped to second place because Liverpool have played a match extra and beaten hapless Fulham 4-1. There are opportunities to make up on lost ground later, though the league fixtures are beginning to bunch up. The end of the season now looks like a cavalcade of catch-up games, a blizzard of football, and if things are still tight then I suspect we will struggle to cope with the pace.

For now there’s much to prove against my old friend in management, Thomas Frank. Part of me hopes we lose. Though the prize on offer – a home-based Quarter-Final tie with Brighton – is tempting, it’s yet another match to play and we are lacking in confidence right now. After this, we have Newcastle in the league and the Champs return leg against Atletico Madrid, and by this stage we’re just looking forward to the mini-break that comes with the international fortnight.

Fortunately the forwards turn up for this one. Though the numbers hint at it being an even contest, in reality we dominate the home team from the start. Max Willian has us ahead after eleven minutes when Salcedo feeds the ball back to Vieira just outside the area. He spots the young Brazilian, wide open on the left and plays him in; Max slots the ball beyond Steer in the Everton goal with economical ease, and just like that all the tension that has been building among the players seems to ebb away. Nothing to worry about here, gaffer. Eddie Salcedo then does what he has failed to in recent weeks and scores one of his own. It’s a straightforward strike, a headed goal from Pellegrini’s cross, the full-back riding a challenge from Tanase before sending in his deadly pass, but Eddie has been missing these chances of late and in finding the net generates his own moment of catharsis. The Italian is so happy with his work that it doesn’t even matter when a later goal he scores is ruled out for offside. Eddie likes being offside. He’s the Bernie Slaven of our team. But when you’re winning, who cares?

The Derby board targeted the FA Cup Quarter-Final as their expectation so they’re happy. We’ve started scoring goals again so I’m happy. Manchester City supporters are delighted also, as their beleaguered club finally loses patience with Jose Mourinho and shows a red card to the Special One. Gasperini is an early favourite to take over and add some stimulus to their limp cause.