Strong winds howl around Pride Park on the Wednesday evening when we entertain Paris-Saint Germain. It’s like facing a Celebrity Eleven, so I’m hoping that the conditions act as a kind of equaliser. Can they produce much in the way of silky football when the likes of Azpilicueta, Grimaldo, Salah, Sandro and Milinkovic-Savic are playing through a gale force? We bask in the impossible luxury of having already qualified, so there’s an extent to which the game doesn’t matter. That said, we would like to top the group, and knocking PSG out brings the bonus of not having to face them again later in the competition. With all their experience of playing in the Champions League, I imagine they will rediscover their mojo further down the line, when all that quality can be brought to bear. To date, they have drawn three and lost to Porto. I don’t think I’m lapsing into hyperbole when I suggest they have a bit of work still to do, and if I was Thomas Tuchel I’d be looking to take apart the team that stands in their way tonight.

Their manager can’t select Neymar, who’s out with broken ribs, and as he’s the highest rated player in Ligue 1 that must come as a bonus for us. I could insert some old joke about him thrashing about on the field after incurring the injury for several minutes, everyone thinking oh come on you big fanny, just get up, before they realise something might actually be wrong with him, but I like to believe I’m better than that… In his absence they are forced to field Alex Sandro on the left wing, a heartbreaking change, I’m sure you’ll agree. Salah and Icardi are operating as their strike partnership, which is a little bit terrifying, and Saul joins Milinkovic-Savic as the string pullers in midfield. 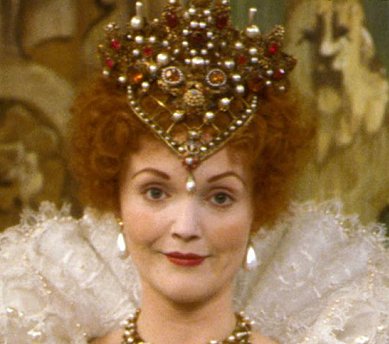 From the videos of their previous European antics this season, and the experience of having already faced them in Paris, they give the impression of being the sort of team that turns up to grounds, holds out their hand and declares Points please!, in the voice of Queenie from Blackadder II. That’s fair to an extent. They are very, very good, and having that attitude has worked for them in the domestic league, where they have claimed honour after honour. But perhaps it’s this same level of entitlement that puts them behind here. Adam Hlozek comes away with the ball after a routine clearance in our half, runs the entire length of the pitch and puts in a cross, where Ademola Lookman is pretty much wide open to place his headed shot beyond Pickford. Where was the marking from Azpilicueta? Being PSG it takes them around three minutes to equalise, Mo Salah scoring the most prosaic of goals after claiming Sandro’s cross. They can do this any time they like, only they don’t, reverting to playing within themselves and allowing us to force them to a draw.

Elsewhere, Lazio go to Portugal and win 1-0, which makes the last round of matches kind of fascinating in determining who will make it through. Despite not winning a game, it could still be the French royalty who prevail. The chances are we will use a lesser eleven when we go to Rome in our final group game as we are now confirmed as winners and it’s an irrelevance.

That match will come in a week’s time. Before that we have to travel to Merseyside and face Everton, who are currently anchored in tenth, surely that most ‘Everton’ of positions for them. Our opposition finished thirteenth in 2021/22, disappointing after scoring a succession of top tens, and they will be hoping for better with a serious number of squad changes. Whipping boy Luca Zidane is out, having been transferred to Ajax, and goalkeeping duties have reverted to Zan-Luk Leban, a 19 year old Slovenian who can’t possibly represent an improvement unless he’s imbued with the same qualities and spirit as Donnarumma. Dominic Solanke and Nabil Fekir have been added to generate some additional firepower, but the one I’m really envious of is Declan Rice, signed for £36 million in the wake of West Ham’s relegation. The defensive midfielder might be labouring under the traditional tag of English Hammers youngsters that he’s going to be the answer to all questions (see Joe Cole, Frank Lampard, Rio Ferdinand, etc), but still he’s a hell of a player and there’s part of me that would love to have him strutting his stuff for us. 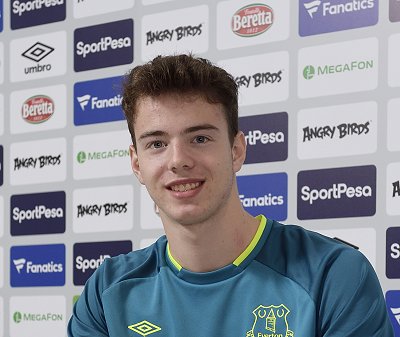 We have a good record against the Toffees, and we come into this one as favourites. This tag always raises my hackles. Despite everything they’re a pretty good set-up. Andre Gomes is capable of machinating victory for them, and though the odds are on our side I would view escaping from Goodison with a draw as a perfectly respectable outcome. I do get it though. Everton remain this monolithic team, always present in the top flight, far too talented to be sucked into the relegation battle and yet never capable of challenging for honours. When you come into a season basically knowing in advance how it’s going to work out for you then where’s the fun in that?

Thomas Frank’s side are clearly up for the fight. They come out all guns blazing, attempting to overwhelm us, and they get their reward in the fifth minute when Richarlison heads in from close range. This is annoying. We know we have to mark the Brazilian closely, and yet when he’s at his most threatening our defence simply melts away.

At this point I think we may just crumble. Despite fielding a strong side we aren’t getting much in terms of traction. The home side are pressing well, never allowing us to get comfortable on the ball. Their fatal flaw is in thinking with eighty-five minutes left that it’s okay to sit back and defend their lead. That allows us to push forward more, and eventually we force an equaliser in the twenty-ninth minute of play. This is one of our less artful goals. Lookman attempts a cross from the left, under pressure from the enterprising Guga. His effort finds Gomes only. All the Portuguese has to do is get rid of the ball; instead he opts to try and play it out of defence, which allows Lookman to steal in and battle with him for possession. Guga gets involved in the melee. So does Mina, and finally Sebastiano Esposito, who in predatory fashion pokes the loose ball over Leban’s line. If a goal can ever claim to have been bullied into creation then this is just that moment. It’s not pretty, but who cares?

As contests go this is a pretty even affair. We’re well matched, both able to put out strong defences that can deal with ninety percent of what’s thrown at them. Everton’s job is to protect their keeper, a clear weak link in the chain, and in Mina, Holgate, Digne and man of the match Guga they have defenders who work hard and stay alert. The latter does a good job of preventing the opportunistic Lookman from causing any further damage against his old team. On the other flank, Digne plays well to stop either Wilson or Hlozek having anything better than ‘well, they were there’ type games. The match eventually cancels itself out into a middling 1-1 draw, satisfying perhaps for neither side but overall probably the correct and fairest result.

Liverpool go to Swansea and unleash clobbering time to produce a crisp 4-0 victory. There are wins also for Chelsea and United, so our lead in the division is cut to a single point. Pity Manchester City, if you will. Their 2-0 downing at the hands of Leicester has them in nineteenth place, and surely places Jose on notice.

Esposito’s goal against Everton triggers another clause in his transfer from Inter and squeezes an extra three million out of us. The value of his transfer now stands at £41 million overall, and it could rise further still if he puts in another three appearances for the Azzuri.

Two more matches remain before we break up for the World Cup. Lazio will host our final Champions League group match before we in turn welcome Swansea City to Pride Park. We haven’t played the latter since both sides were in the Championship, and we produced a pair of 1-0 victories to aid the Rams’ promotion cause.