This year’s cohort of youth candidates are revealed to me. My first instincts are supported by Darren Wassall’s summary that it isn’t a very strong group – no Josh Kirk types this year, some who can’t even face in the right direction when I’m talking to them. I like the look of John Vasey, a 16 year old striker hailing from Grimsby who has an athlete’s burst of pace, but I wouldn’t expect the 2022 vintage to turn out to be especially memorable. A shame; you might think that the club’s investment in the Academy and in youth recruitment might end up being worth something. Sadly not the case.

Despite a certain amount of hype building around Ademola Lookman‘s credentials as an England international, the only Ram selected by Gareth Southgate is Jack Butland. Bogle joins Laird in the Under-21s, but there’s still no place within the Seniors for Ade, or for that matter Ronaldo Vieira (at the top of the player ratings chart), Reece Oxford and Will Hughes, all of whom have played themselves into contention. What more can they do? As I suspect, is this the curse of playing for an ‘unfancied’ team? Certainly, if any of these boys were performing at the same levels for Manchester United, they would be a shoo-in for their call-ups. Elsewhere, in addition to our usual suspects Harry Wilson is picked for Wales, and rightly so based on his recent form. 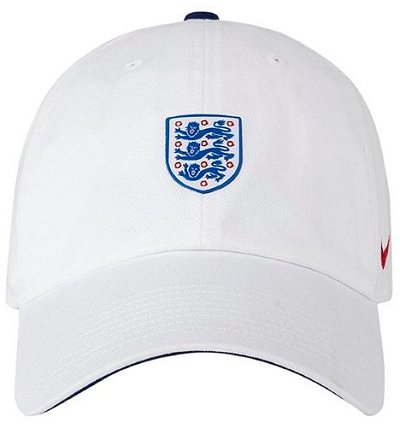 It was chucking down in Genoa when we turned up for the Sampdoria game, and it seems only right to welcome them to England with much the same conditions. The lousy weather has no effect on the number of supporters who turn up for the match, another full house for a tie we’re tipped to win. Ranieri lines La Samp up the same way as in the home leg. I do some swapsies, introducing Lopez to a side containing players who might not normally expect to get a regular game. Hughes is on the bench for this one because I don’t want to ruin even someone as hardly and enduring as my captain by pitching him in again and again.

After some early exchanges, in which we pick up a couple of needless bookings and are forced to sub off Maxime Lopez – four minutes into the game, suffering a tight calf that will keep him out briefly – we go in front through vice-captain Scott McKenna. Chirivella’s corner is cleared, but only to Vieira, who spots the Scot on the right of the penalty area, totally unmarked, and able to produce a fast volley that beats Satalino. Just before the break, we get a penalty when Pellistri fells Ojo clumsily in the box. A cheap one to give away; the winger wasn’t through on goal but the tackle is meaty and frustrated. Eddie Salcedo makes good on his error in the first leg, sending the keeper the wrong way.

Ivan Perisic pulls one back on the hour mark, all his years of experience being brought to bear when he rises above Laird to head in Mazraoui’s cross. We then fall foul of an issue that could come to blight our European odyssey when McKenna is dismissed after collecting a second yellow. At this point there’s still more than ten minutes to go, and being reduced to ten at least gives me a good reason to make us finish the game defensively. By now, we all feel that we’ve done enough to weather any Sampdoria storm, and the tie finishes with a 2-1 victory on the day, 3-2 in our favour on aggregate.

AZ have beaten Juventus 2-0 in the Netherlands and will face us in the quarter-final. Their two goals have come from a certain Lewis Baker, not a face I really expected to see returning to haunt us and a surprise to find one of our own felling a giant like the Italian Old Lady. To my mind, it’s a bit of a pity because taking on Juve is one to tick off the bucket list, AZ less so, but I imagine they have made it this far on merit and need to be respected. If we make it through to the semi we will be up against one of Arsenal and Borussia Dortmund, the latter here to defend their Europa League title.

While all that was going on Liverpool have lost 3-0 away to Middlesbrough. A big surprise of a result; the Pool clearly didn’t take Jonathan Woodgate’s team seriously enough and paid for it. It says on my profile that Woody and me are close acquaintances, two old Boro boys who are producing good things in our first managerial posts. Normally, these things mean little to me but I like to believe he inspired his team to such an important victory as a personal favour to his mate. Not that they need the points or anything, of course. Boro are doing well enough, sitting in fourteenth and positioned eight points clear of the relegation places.

For some Premier League teams their weekend focus is on the FA Cup, which has reached the quarter final stage. We are going to Chelsea. Stamford Bridge is a ground that holds some element of fear for us. Our 3-0 defeat there at around this time last season was something of a low. We were put in our place by a team that was bigger and better than we were. Nobody likes to feel like they’ve been fooling everyone by putting themselves in a good league position, but that’s exactly how it was. Welcome to the top flight, fool, was how it felt as we were bitch-slapped all the way back to Derby. 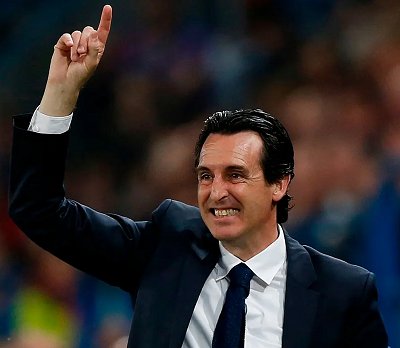 Since then, things have changed. We are a better side now than we were then, while Chelsea are a bit poorer. Unai Emery is in charge after Frank Lampard’s sacking. Despite spending more than £250 million on a set of world class stars, including Lautaro Martinez, the Argentinian striker who is contending with his fellow Inter alma mater Esposito to become the division’s top scorer, the fluency has never quite fallen into place for them. They come into this one having not won a single game since mid-February, which is putting them outside the top seven, and perhaps they’re missing sold off perennials like Jorginho and Azpilicueta more than they care to admit. All the same, Martinez is a forward straight out of the top drawer, and on a wet Sunday afternoon in west London they are able to put out a strong side. Their attacking midfield three of Thauvin, Loftus-Cheek and McNeil is full of bruising potential. Milinkovic-Savic and Theo Hernandez are their main supply lines. Needless to say, we aim to spend the game defending against them.

The first half is cagey and indecisive. Last time at the Bridge they used this period to score a decisive knock-out, putting three past Montipo as they stormed our ramparts with continual assaults. Not so now, as they dominate the attacking areas but fail to get anything beyond Tosin and Oxford, even though we are toothless in forward areas as Tomori handles Lookman’s forays with aplomb, and Esposito is suffering from one or his quieter outings.

Strangely enough though, this contest starts to feel like one we can prevail. Harry Wilson finds a breakthrough on the hour mark, shooting from Pedraza’s cross as Theo is forced to look after Esposito and giving the winger time and space to line up his effort. Chelsea take around quarter of an hour to fashion an equaliser. They do this when Martinez catches Tosin dwelling on the ball. Robbing him, the forward swoops forward and is easily good enough to dummy Butland before putting a low shot beyond him. He does the same thing again shortly after, but this time the keeper has learned from his wiles and saves his effort. And then it happens. Adarabioyo spots Adam Hlozek in line with the Chelsea defenders and lofts a long pass up to him. The Czech, on for Esposito, has pace to spare, beats offside, jet-heels beyond his markers and beats Kepa at his near post.

Somehow, we’ve come through and won the game. All of a sudden it feels as though we are no longer fighting for a Champions League finish but the actual title itself. For the first time we are top of the table. Sure we’ve taken advantage of Liverpool and Spurs playing in the FA Cup, but the former’s defeat against Boro has allowed us to sail beyond them. Dare we dream?