Manchester United beat Norwich in their midweek catch-up game. They’ve eased to within a point of us, carrying a superior goal difference, and apparently they are scouting Atletico’s Joao Felix with a view to spending £96 million in securing his services. Given this outlay will be a lot more than our overall transfer budget, but a drop in Old Trafford’s financial ocean, it’s terrifying to think that we are tussling with this juggernaut for our place.

Ahead of Sampdoria, I am advised that Maxime Lopez won’t be available. The Frenchman has suffered a twisted knee in training and will be receiving treatment for around a week. This will put him out of the picture for Palace also, which is a shame as the match would have been a great opportunity for him to shine. 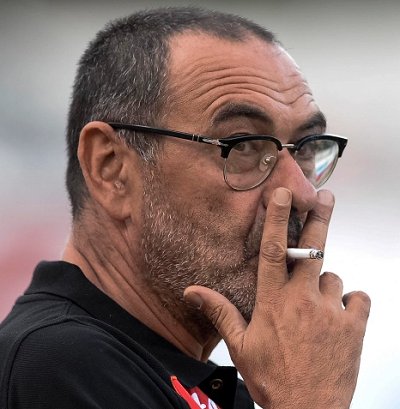 Elsewhere in the Europa League, City are laying waste to Monaco with a 3-0 home win. Juventus clinch a close 1-0 victory over AZ, made all the more impressive because they are currently without a manager. Maurizio Sarri was sacked a week or two ago, having guided the Old Lady to fifth, which is about four places short of expectations. Milan are top, which is fantastic to see, led by the gnat’s chuff tightness of a defence, with Romagnoli as team captain and Donnarumma in goal. As for Juve, what a challenge that would be, to oversee the steady replacement of their golden oldies, represented by the continuing presence of 37 year old Gio Cheillini and the evergreen Ronaldo, but no doubt they will be looking to the usual suspects rather than take the chance on an over-achieving manager in England…

Along with the injured Hlozek and Lopez, Laird and Pedraza are suspended, which limits the personnel changes I can make. La Samp line up with Ivan Perisic on their left wing. I remember signing him back in FM 2019 and finding the experience to be highly regrettable, so it’s hopeful that he can produce the same levels of nothing for Claudio Ranieri. Ross Barkley starts in central midfield, and another Premier League alumnus is up front in the shape of former Southampton striker Manolo Gabbiadini. With a goalscoring record of around one in three for the Italian, he’s worth keeping an eye on. The one I am really interested in is Facundo Pellistri, their Uruguayan right-winger who is on our radar. The 20 year old was signed from Lyon in January and has made a positive start. We are rated as slim favourites to prevail. They’re seventh in Serie A, and the emphasis is on taking the tie back to England without losing the initiative.

We’re quite happy to play the tie at Samp’s tempo, that low key chess match of an approach that makes watching Italian football tactically fascinating but quite different from the fast-paced game we’re used to experiencing. They probe carefully for openings and generally do little unless it takes a long time to do. Fine. We’re feeling the fatigue of all those matches by now, so being restricted to counters and forays works for me. Eddie Salcedo wins a penalty in the first half when he falls over theatrically from Chabot’s challenge, but the kick he takes is a weak one. Satalino can see where he’s aiming for, dives that way and palms the ball into touch for a corner. There’s a lot of absent confidence in the striker’s effort. He’ll get there, I’m sure of it, and he comes good almost instantly when he’s on hand to turn in Roberts’s corner to give us a 1-0 lead, but his lack of incisiveness is a concern when I am normally gifted with Esposito and Hlozek, and the pair’s complete faith in their own abilities. Not long after, Gabbiadini heads in Pellstri’s free-kick, but it’s a clear offside, and Samp do nothing more during a second half that descends into Italian fouls and me rotating the players in readiness for the challenges to come.

For reasons best kept to themselves, UEFA performs the draw for the quarter and semi-final on the very next day. We learn that if we get past Sampdoria we will have Juventus or AZ next. Prevail here, and we have threat of one of Arsenal, Borussia Dortmund, Valencia or CSKA Moscow to look forward to. Clearly some tricky possibilities there, but I wouldn’t have it any other way.

Kevin Stoger is the latest Ram to rule himself out following a thigh strain he picked up in training. What sounds like an innocuous injury is actually the best part of a month on the sidelines, which is sad news for him when he’s been working hard to put himself back into the first team picture. 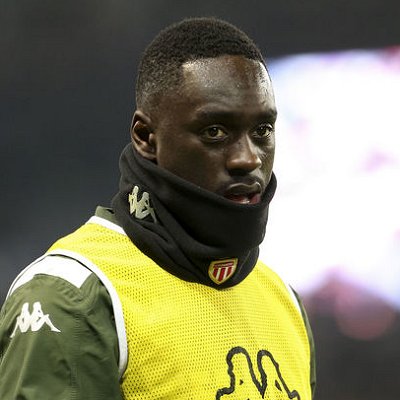 Crystal Palace are seventeenth. Eddie Howe has done enough to squeeze the Eagles outside the relegation places, which are now occupied by Southampton, Sheffield United and West Ham, though the situation is a tight one and it looks as though the battle to beat the drop is going to be a mini-contest between these four contenders. They’re considered to be poor at passing, and fairly terrible team players, so everything points to a safe home victory. Wilfried Zaha might not be the powerhouse attacking presence that he once was, but he’s still their most effective route to goal and Howe has been playing him as an out-and-out forward recently. Jean-Kevin Augustin is worth watching in attack, while Diogo Dalot has not really worked out for them following his expensive £38 million transfer. A steady source of goals at Old Trafford has been highly restricted for Palace, almost as though everyone is aware of his potency and knows to keep an eye on him.

I make some changes for this one. Ethan Laird comes in for Bogle, who needs a rest. Hughes is the other significant absentee from the starting eleven. Our captain has made the most starts for us after Butland, and like Jayden could use the break. Esposito reclaims his starting place, with Vieira and Moriba operating in central midfield to supply his scoring opportunities.

When your confidence is low then things invariably go wrong. Harry Wilson’s thirteenth minute free-kick is a clever one that Sebastiano Esposito heads at goal. The shot is cleared, but Palace fail to clear their lines, Brooks is caught in possession and the Italian gets to walk the ball in the goal. It then goes off-script with a near-identical Connell strike for the visitors. Reece Oxford is at fault for this. All he needs to do is knock the ball to safety, but instead he’s robbed and scored against for an unacceptable lapse in concentration. The defender won’t last beyond the break.

In fairness this is a rare mistake from Oxford, ordinarily a highly composed centre-back who in general has played very well for us. McKenna’s in for the second half and we set to wailing on the Eagles. Esposito gets his second from a routine header via Wilson’s corner, a training ground goal scored by someone they must surely know to mark out of the game, so for Howe it must be unforgivable to see the Italian grab such a cheap credit. Another corner kick, and another header, this time by Tosin Adarabioyo, a third goal from the former City man who uses his considerable height advantage. We complete the rout in the fifty-sixth minute. Harry Wilson takes a free kick, curls it around the Palace wall and straight into the bottom corner, leaving Guaita flailing. It’s the culmination of a superb game from the Welshman, racking up three assists and a goal of his own, along with wearing the armband, to gift him with the Man of the Match award.

Liverpool and Spurs both win, but United can only get a draw against Wolves and that puts us back in the driving seat, still hovering two points off the top. We now can’t finish any lower than eighth, but clearly top four is the target, and with that eight-point gap between ourselves and City it’s looking like an increasingly realisable objective. Things get tough in the next week, though. We face Sampdoria in the second leg of our Europa League tie, before heading off to Stamford Bridge on Sunday. Chelsea humbled us in this fixture last season, and it will be a significant measure of our progress if we are able to prevent the same thing from happening again.