Former Rams target Stanislav Lobotka has been brought in to add deep lying support to their midfield. Also from Italy is Samu Castillejo, a Milan winger who’s here on loan. I’ll admit that as part of my FM experience I have managed the Rossoneri before and Castillejo never lasts very long in my thinking, so I’m not expecting a great deal of trouble from him. Dejan Lovren is now a Hammer, following his £2.7 million transfer from Liverpool, and finally they have tried to reverse the ageing make-up of the side by drafting in Shane Ellis, an 18 year old centre-back signed from Leeds. 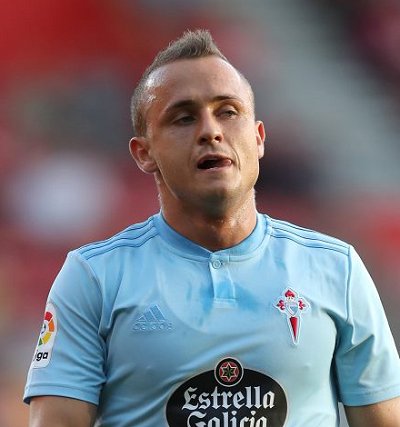 With the weekend’s cup final in mind, I name a much-changed side, one that contains eight English players in the starting line-up. Ilaix Moriba is ill with a tight thigh so has to be removed for this one, offering a rare chance to shine for Maxime Lopez. Eddie Salcedo gets his first competitive start for us, and Lowe comes in for the suspended Pedraza.

Our new striker has the ball in the back of Zoet’s net after twenty minutes, but he’s drifted marginally beyond Smalling and the goal is cancelled for being offside. A shame; this is his best moment in a difficult debut that will see him removed midway through the second half. It takes us until then to force the issue. The Hammers have some good players with Felipe Anderson always a source of concern, as he proves when he intercepts a Lowe pass and isn’t stopped until he gets a shot off, but really they are there for the taking. If we can’t win this one, at home, then we probably shouldn’t be where we are in the table, and eventually we take control.

Our first comes when seventy minutes have lapsed. Roberts takes a free-kick, which is aimed towards the far corner, where Krystian Bielik has shrugged off Ruidiaz to head home. This prompts West Ham to seek an equaliser, which in classic fashion leaves them more open to the counter; a slick passing move leads to Vieira’s assist for Patrick Roberts‘s first goal for us, a delicious volley into the top corner. A third comes in injury time, when Adam Hlozek’s shot is diverted into his own net by Charlie Taylor. There’s even time for a fourth, but Roberts’s searching cross is collected by a grateful Zoet. Good to finish with a flurry of attacks, and to pad out our goal difference, which is much lower than that of the teams around us.

Before the Carabao Cup final, we learn who we will be facing in the next round of Europa League matches. In a draw that contains Juve, Dortmund, Arsenal and Monaco, we are paired with Sampdoria. The tie will spirit us off to Genoa first before we host them back in Derby. My stock answer is that the competition contains no easy games, but the lottery could have been harsher to us than it is, even though Claudio Ranieri has the likes of Ivan Perisic and Ross Barley to call upon when his team faces us.

I’m reminded that Derby have never won the League Cup. We haven’t made the final before now, in fact, so this match counts as a very big deal. While we hope that our league form will put us back into next season’s continental picture, achieving victory in the final would gift us with another year of Europa League action, and beyond that there’s the considerable prize of clinching a piece of silverware. Sure, it’s the least of the competitions we’re involved in, but it counts. I’m sure that our illustrious opposition will be contesting it closely.

With the prospect of a further two-match ban facing him, which I’m appealing, Alfonso Pedraza is back in the line-up. Chirivella returns, as does Moriba, and I’m unable to select Laird (on loan from our opposition), or the cup-tied Roberts and Tosin. I have had a word with Esposito about his declining form of late, however he’s still our most reliable goalcorer and he makes the eleven, though now I have the luxury of backing him up with Salcedo, while Hlozek is on the bench for Wilson.

Manchester United emerge from the Wembley tunnel with almost exactly the same alignment of players as those that downed us in the league. They’ve swapped out Lindelof for Tuanzebe, otherwise they’re unchanged. I’ve been advised via Francesco Baiano’s comments to the media to keep an eye on Anthony Martial, for which I’m grateful as otherwise I might have forgotten he was on the field. 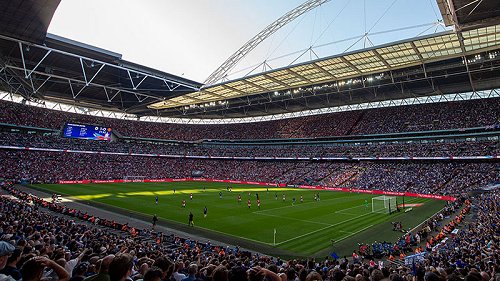 It’s breezy and cool in London. The place is packed, the mood of the players tense and anticipatory. I have told them that this is a real occasion, to savour it, and they have responded well. Deep down, I realise the result doesn’t matter very much. Then again, nothing else does. We play football for days like this. It’s a sign of the team’s rise, a compliment to the board for backing me and to the players for their endless work and capacity to pull off good results, more than anyone else to the fans, here in their droves and hoping for something of an upset.

We tear into United from the start, eager to make up for losing to them in the league and hoping to impress the supporters. It’s really positive stuff, my players treating a team as good as this without any level of awe. And it pays off in the twenty-sixth minute when Ilaix Moriba slams his volley into the near corner, the end product of a dizzyingly quick passing sequence between himself, Hughes and Lookman that finds him in the space to take his chance. Before the break we have a second. Hughes is loping up the pitch and passes wide to Wilson before he can be challenged off the ball. The winger takes a punt from an acute angle, which a keeper as accomplished as De Gea deals with, but his parry drops the ball in front of goal, right at Sebastiano Esposito‘s feet, and despite the close attentions of both Lenglet and Tuanzebe he’s perfectly positioned to poke it over the line.

I’m reticent about making us play a cautious game after the break. What we’ve been doing has turned out to be worth it, and the last thing I want is to hand the attacking initiative over to the Devils. So we continue, the swapping of Cavani for Martial making little difference as the Uruguayan forces one good save from Butland and does nothing else. In the meantime we score two more. Pedraza fights off the challenge of Semedo to cross into the middle of the area, where Harry Wilson is only loosely being covered by Mendy and fires his shot into the top corner. From kickoff, as United try to salvage something we regain possession and spark another break. Moriba makes the killer pass to Ademola Lookman, with Semedo and Tuanzebe on either side of him but he knows where the back of the net is and volleys into it. De Gea is a spectator for this one, marvelling with the rest of us at the shot’s virtuosity. At last, the opposition pull one back courtesy of a Bruno Fernandes special from outside the area, the sort of pinpoint bullet of a shot that suggests he can pull this sort of thing off whenever he pleases. But it’s far too little, way too late, and we finish the game nearly padding out our lead as the United challenge crumbles. 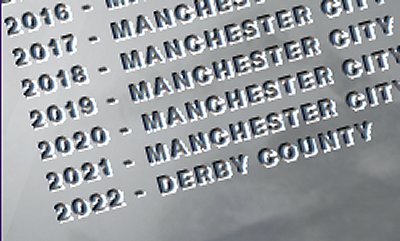 And so history is made. We’ve won the Carabao Cup, the first trophy of my Derby career, with Lookman winning Man of the Match for scoring and making a goal. There are no weak performances to speak of, with Esposito back to producing some good predatory work and Chirivella controlling things from his defensive midfield base.