Morgan Whittaker goes off on loan to Sunderland, after his performances for the Under-23s lead to the suggestion that he could use some first team football elsewhere. The winger joining a League One team implies that he’s some way short of being ready for our level. Josh Kirk will play the remainder of the season with Oxford. We sign a free agent keeper, Julio Falcone, an 18 year old Argentinian-Italian, and bundle him out to Morecambe until summer. There’s interest from Brighton in signing Max Lowe. Without Whittaker we are down to four ‘trained in club’ homegrown players, so we are compelled to hold on to the full-back. It’s all very low-key. As ever, I would rather keep my January transfer business to a minimum. This isn’t always possible, however the dream is to produce a squad in time for the start of the campaign and stick with it.

Elsewhere, Man City’s legendary right-back Kyle Walker is their latest high-profile leaver. He takes the Chinese coin, moving to SH Shenhua for a fee of £16.5 million and drawing a weekly wage of £81,000. Liverpool flex their considerable muscles with Bayer’s imposing defender Jonathan Tah, a £47.5 million capture, and then toss a further £47 million in Ajax’s direction and return with Edson Alvarez. ‘Best defender in the world’ Dejan Lovren has made a significantly humbler transfer to West Ham, and you’d have to argue that these moves have made them even stronger. Arsenal’s perpetual effort to possess a defensive backbone has led them to the door of Presnel Kimpembe, a £25 million purchase from Paris-Saint Germain. Beyond these shores, Porto midfielder Romario Baro goes to Hertha Berlin for a stonking £57 million, Dynamo Kyiv winger Georgiy Tsitaishvili is a £42 million gift to the PSG fans, and Bayern plunge £41 million into PSV’s Calvin Stengs. 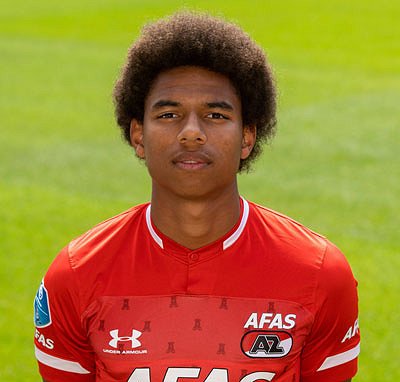 I have to be pleased that we landed Eddie Salcedo for comparatively loose change; he’s a good striker who improves us. If you think that before the window we had Josh Maja in the side, then things must be better now. Patrick Roberts is a like-for-like replacement for Pavon; hopefully it will be a better fit to graft an English winger to an English club, rather than expect an Argentinian who has never previously left the American continent to make an instant impact. Tosin Adarabioyo is considered by our coaches to be the side’s best rated defender, alongside Reece Oxford, so with good fortune he will work out to be another sound capture.

None of these are made to make your mouth water necessarily. We can’t really afford to make flashy signings, but we can keep an eye on the transfer market, spend prudently and steadily develop the players I have at my disposal. The casual way our rivals are able to blow enormous sums shows the scale of the challenge we are facing. If we are able to keep battling at this level, placing ourselves in the Champions League picture, then the sums available to us will increase, and with these come more difficult questions. The difference between us and the big hitters is that, for example, City’s Zaniolo can fail and they simply have to brush themselves down and seek out another target. We would face ruin if we did that. Assiduous scouting and targeted signings are the orders of the day.

With Liverpool on the horizon, I’m awarded Manager of the Month for the second time this season. Kevin Stoger, who I tried to sell in January and was becoming increasingly unsettled, has been removed from the list and fallen back in line. He’s also unavailable for a couple of weeks thanks to a virus. This won’t be the last time I try to find a new home for the 28 year old Austrian. He’s been a terrific club servant, from being signed on a free seeing his value rise to £30 million, however we have better options in his position now and some very fine potential replacements out there. Jude Bellingham continues to hover on the radar. We can have him for £22 million if Birmingham fail to get promoted; they’re fourth currently. No doubt there will be a queue of interested clubs, but my hope is that with a large homegrown clique of young Englishmen Jude will see Pride Park as a suitable home away from home.

Anyway, Liverpool. They beat us at home in the season opener, and we go to their gaff knowing that their ranks are arguably as strong as ever. Mohamed Salah is no longer on the Scouse menu, of course, but there really isn’t a weak link in the side. Along with their two recent defensive signings they have added Max Aarons and Leon Bailey, and then there are people like Dybala, Mane, Firmino, Oxlade-Chamberlain, Wijnaldum, Keita and Fabinho on whom to keep watch. The fun doesn’t even end there. Alexander-Arnold and Robertson in the full-back roles are both ebullient attacking forces. There literally isn’t a man who we can safely ignore or not worry about too much. It isn’t hard to see why Liverpool are title favourites. They have four players in the Media Dream Eleven (I’ll let you guess the size of our contribution); frankly, it would take a miracle for us to overcome them. The best thing I can say is that once this fixture is out of the way we won’t have to face them again. It’s like queuing up for a bout of medieval torture. Planning for the likes of Trent is akin to submitting my own thumbs to the screws. You get the general idea. 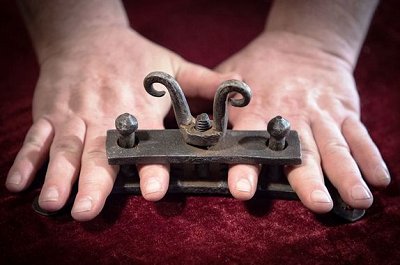 What makes it all the worse is how magnanimous Jurgen Klopp comes across in his media dealings. He’s a Rams admirer, by all accounts; he’s very impressed with us and thinks his team will do well to get anything out of our meeting. Bollocks, mein Herr. Chances are they’re going to flatten us – he knows it, I know it, and so do you. All I can do is pick my best eleven, send them out onto a wet, early February Anfield, and hope for the best.

We’re set up defensively. I opt to field Ilaix Moriba rather than two deep lying playmakers just to keep the Scousers on their toes. The young midfielder is proving to be a cracking asset, well worth the £32 million we will be shelling out for him in the summer. His rise comes at the cost of Maxime Lopez, the Marseille freebie who’s done little wrong but is fighting for his place with a teenager who’s living up to his billing as the Chosen One. He deserves better than the eleven appearances he’s made for us, but that’s football and he isn’t complaining.

Liverpool take the lead after seventeen minutes via the easiest of routes to goal. A free-kick won in our half; a Dybala rocket that’s met by Tah and headed into the net at some speed. All too straightforward, and it feels to me like this is going to be a long ninety minutes. I ask the players to play a bit more expansively, and they respond in the thirty-seventh minute. Bogle passes infield to Moriba, who picks out Ademola Lookman with a raking pass right in front of the keeper. Ade is covered by Alexander-Arnold, but he’s in front of the defender and is able to slice his shot past Alisson. We then somehow take the lead with our next attacking move, a Pedraza cross into Lookman, who has time to line up his shot and put it low beyond the keeper. Trent is really at sea for this one, racing across to tackle his man but all too late. Another Dybala free-kick is picked up first by Pedraza, but this is the worst thing that can happen. The full-back should have let the kick go and watch it sail out for a goal kick. Instead, he reaches it with a boot tip, having no control, and simply diverts it into Trent’s path who can poke it past Butland.

This all happens before the break, a finely poised thriller in which we have clearly rattled the Pool but look vulnerable against their set-pieces. Anything could happen next, and as it is tempers start to fray. Lookman is booked for an untidy challenge on Alexander-Arnold as the pair get involved in a series of personal battles. Moriba is setting off on another dangerous dribble towards the Liverpool goal, but then he’s caught from behind by Alvarez, who takes him down with a graceless two-footed challenge. It’s a red card. The home team will have to play the second half with ten men.

What to do? The coaches urge me to press our advantage, but I’ve been here before and seen what can happen. In truth, I am happy to play for the draw. Having a man advantage only means that we are a bit more on level terms with them. Liverpool are still terrifying opposition and continue to have chances, but we waste time, try our luck with a few decent attacks of our own, and the game eventually peters out. Who knows, perhaps I’m wrong to play it safe. We could have ended the game in first place, but it seems to me that we got a break and did well enough to come away with a point.

Tottenham beat United 2-0 to go back into first place and open up a four-point gap between the top three and the pack. By some miracle we are in a three-way tussle for the title, though it would take another big effort for us to produce the goods in our upcoming tie at Old Trafford. Then again, even if we lose we will still be a point in front of United, and without the pressure of conceding our place it doesn’t feel quite so heated.

As for this tie, Ade wins the Man of the Match award for his two goals, both taken with composure and a marked lack of modesty against such illustrious opposition. It’s a good moment for him; he’s having a difficult season after the heroics he produced in 2020/21, so any sign that he is turning the corner and regaining his good form is very welcome. Moriba is very highly rated for his threat levels in midfield, and Bogle puts in one of his best jobs of work as a consequence of keeping Sadio Mane relatively quiet. The Senegalese superstar is one the campaign’s top performers, so it’s an accomplished covering task that has done Jayden some real credit.

We now enter a two week winter break, a well-earned rest, even if I’m a bit reticent because our form is so good right now. A friendly at Pride Park against CSKA Moscow has arranged, before the build-up to our date with destiny against the United half of Manchester.