Graeme Shinnie is one of Derby’s forgotten men, a factor in our promotion campaign but since then no longer needed and having spent his last eighteen months in Colorado. The MLS season is over and he’s back with us, playing reserves football and waiting for his contract to wind down. But Colorado want their man and agree to take him on once his time here is done, which I think is a rather nice end to his story with us. Dirk Proper ends his half-season on loan with Seattle. The Dutch youngster has played with heart and, now 19, has the possibility of making it into the dizzy heights of our first team, though this is a consideration for the future. A series of clubs make fresh loan offers for him. He can pick from Amiens, Leicester, Frankfurt and Hannover 96; while the Foxes would provide him with top flight football, I would like him to go the team that wants to use him more frequently. 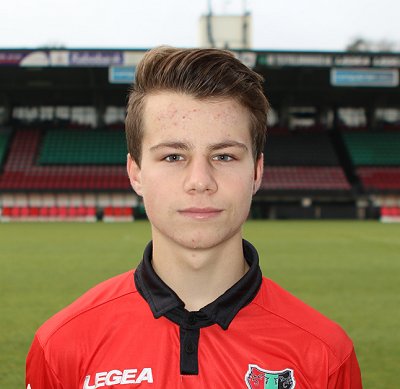 Leonardo Morawski is a 19 year old Argentinian defender who joined us at the end of the summer transfer window. Like Proper, he’s working towards first team status and will become homegrown over time, so we see him as an asset, however for now I have a promise to keep that I will send him out on loan. A string of offers flies in. I refuse all but the ones that will regard him as a regular starter, and ultimately he opts to join Sunderland, still a League One side. The Mackems have gone from hoping to bounce back into the second tier to being settled in within their current climes, so hopefully Leo can help them to spark a resurgence.

Less welcome is the effort by other teams to poach our promising youngsters. Everton want Josh Kirk, who joined us from last year’s youth intake. A 17 year old right-back for whom I’m trying to secure a loan deal (Oxford are interested), the Toffees submit a £6.75 million offer. This is serious, but following the deal that spirited Lee Buchanan from the Stiffs two years ago I am reticent about letting talented Ramlings like Josh go and I offer him an improved contract. We could absolutely use the money if the player decides to transfer his talents to Merseyside, but the plan is to mould Josh into the man who will ultimately challenge Jayden Bogle for his place in the starting line-up.

Then there’s the Kevin Stoger situation. Other teams want him. The offers for his services are steadily getting lower, from the original one that met his valuation to the bids of around £12 million we are receiving now. These are accepted, and he wants to leave due to the interest being shown in him, but when he turns down all the contract proposals It all starts becoming a bit wearisome. Stay? Go? Make up your mind, pal, and in the end I remove him from the transfer list just to try and place some closure on the situation. We can try this again in the summer. By now, the Austrian is only the sixth highest rated midfielder in the squad. He’s been valuable to us. I can’t put a price on the contribution he made last season, when he and Will Hughes were more or less constants in the line-up, but that time is over. We have a lot of options now and other players I would like to consider bringing in, so unless someone produces the sort of terms that neither we or he can turn down he’s going to stay here until the summer. 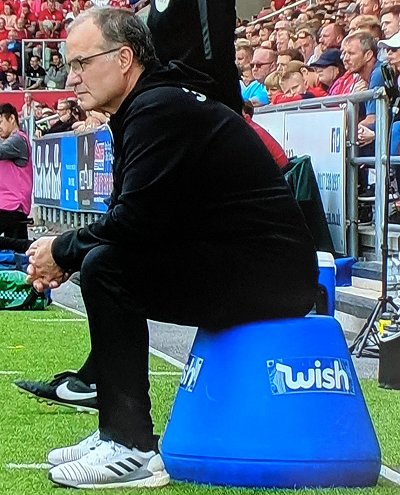 The backdrop to all this player movement is a busy January schedule. We have eight fixtures to play, and next up is a heavy going home tie against Wolverhampton Wanderers. The Midlands side helmed by Marcelo Bielsa is in upper mid-table, arguably playing within themselves because their side is stronger than ours. They’re intent on strengthening their ranks also, having a loan offer for Dortmund’s transfer listed Thorgan Hazard turned down, because what they really need is more attacking talent. They beat us earlier in the campaign, presenting a relentless and sustained pressing force that we struggled to cope with, so it’s fair to say we come into this one respectfully and not without some fear.

It’s cold and wet in Derby. The cameras are tracking us, Jamie Carragher wanking on about xG, which I’ve never really understood, and for this game I start with Patrick Roberts as part of a line-up that contains seven English players. That’s seven more than Wolves use. Things go ill for our visitors from the start. Raul Jimenez is involved in a rough challenge with Pedraza and needs to be taken off, an injury that will turn out to be broken ribs and more than a month’s worth of treatment. Ouch! Roberts is next to go, replaced in the twenty-fifth minute with a potential thigh injury that thankfully is negligible. My gratitude goes to Vinagre for making that happen. After the game, Bielsa has a whine to the cameras about our rough-house play, a criticism I don’t agree with as we cancel each other out in terms of fouls.

There’s an aspect of this that’s pure sour grapes. We win 2-0, surprisingly emphatically, as though Raul was the key to it all and without him they’re toothless. Harry Wilson comes on and is terrific, making both goals. The defence plays well as a whole, while Vieira and Hughes in midfield operate like sentinels, holding back the golden horde and starting forays of their own. A great team performance, capped off with goals from Sebastiano Esposito and Reece Oxford. I’d have taken a draw from this, but right now we’re in the thick of the top of the table action, determined not to be dropped from the pace. Earlier, Liverpool defeat Sheffield United to maintain their title challenging credentials. Manchester City are the unlikely losers, at risk of falling out of the race for the top when they collapse 4-1 to Chelsea. Guardiola is at last flashing the cash. Florentino Luis is brought in for £84 million. A further £91 million is sent Roma’s way for winger Nicolo Maniolo. They’ve sold Phil Foden, who is now a Barcelona player at a price of £74 million. Those are some big numbers. In comparison, our captures of Roberts and Adarabioyo have netted them a combined £16.5 million, a drop in the ocean. 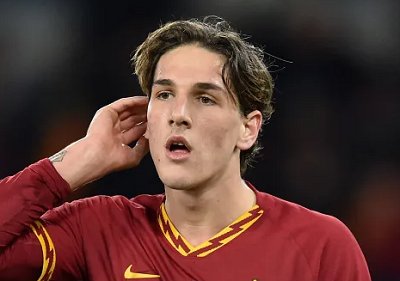 Tottenham are next. The Londoners have been surprise title challengers throughout the term, with much of their effort being in service to Eduardo Camavinga, the teen sensation who is currently the third highest rated player in the division (behind Liverpool pair Dybala and Mane). They’re the division’s highest goalscorers, Zapata leading the way with thirteen strikes, while Barbosa, Debbie and Son aren’t far behind. We have beaten this lot at Pride Park, however that was during the league’s early swipes back before the table settled down into what it’s become. Everyone is expecting a tough time at the Tottenham Hotspur Stadium, where Manuel Pellegrini has put in a sterling job of work guiding them back into contention for honours.

I put out a midfield designed to keep us safe, Vieira and Hughes playing ahead of Chirivella, and order a balanced approach with the option to become cautious if the situation demands it. The first half has us cancelling each other out. We both have swiping opportunities, but the clash of the titans this one’s billed as largely fails to live up to the promise. In reality, neither side is exactly ‘titanic’. Spurs have maximised their talent but they’re hardly Real Madrid. And you know our situation. We work hard as always, look for gaps like any good side would, and I’m pleased with the work of Adarabioyo in his first start for us, yet we aren’t fooling anyone. We’re game but limited, which is all we are going to be with the resources available.

At half-time, the F.O.C. unwraps his surprise package, Dutch winger Steven Bergwijn, and before I can exhort the players to show him special attention he scores direct from the second half kickoff. Lo Celso finds Ndombele on the left flank. Covered well and without a route to goal, the Hotspur instead picks out Bergwijn, who’s hurtling into the area, pursued by Hughes, and who then unleashes a rocket of a shot to break the deadlock. Needless to say he’s ‘looked after’ following that incident, and it takes us until the eighty-fourth minute to redress the situation. Hughes, Roberts and Vieira are all involved in the move that ends with a launched ball to the left wing, where Sheyi Ojo is drifting into the box almost unmarked. Spurs defenders are all busy looking after Hlozek, and the winger gets to dink a soft looking shot that catches Lloris out to make it 1-1.

Getting a draw from this is a scenario we’ll take any day. The table following our result is actually slightly better than it looks here – United have played their early match before the next round of fixtures and won 5-0; after Spurs we are tucked neatly into third place and a single point off the top.