So you’ll remember that we made it all the way to the FA Cup semi-final back in the 2020/21 season? Our run ended when we met Liverpool, who duly bitch-slapped us out of the tournament even though we played with pride and were just facing an infinitely better side. But it was great until then, right? We dared to dream, sprinkled with the magic of the world’s oldest cup competition. Well, you can forget all that this time around. West Ham knock us out at the first time of asking. To make matters worse, they do it without a permanent manager. David Moyes has been sacked and Kevin Keen is in temporary control. Thinking about it, maybe Moyes was part of the reason why the Hammers offered up such easy prey… They join Sheffield United in looking for a new boss as the Blades part ways with Chris Wilder. It isn’t difficult to see why this has happened. Wilder had got his team out of the bottom three and then determined to reverse their good form, losing seven straight before they resolved to seek an alternative in the hot seat. Sacking him makes sense.

Before going to London Stadium, everything seems to be going so well. Pavon and Maja leave. Tosin Adarabioyo agrees terms and signs for us, joining Patrick Roberts as new arrivals at Pride Park. With these boys in the squad our homegrown contingent is up to seventeen; Hlozek, Esposito and Moriba are set to join their ranks once their three years are done. I get the impression that we are definitely growing in terms of overall quality, and my personal reputation within football is on the rise also. The board increase my transfer budget, and even with Tosin drafted in I have nearly £13 million to play with, which will increase should Kevin Stoger get his big money move elsewhere. Mr Morris and his suited bezzies also want to offer me a new contract. This is fantastic news, coming on the back of my first Manager of the Month win for my work in December. It’s all coming up Derby. 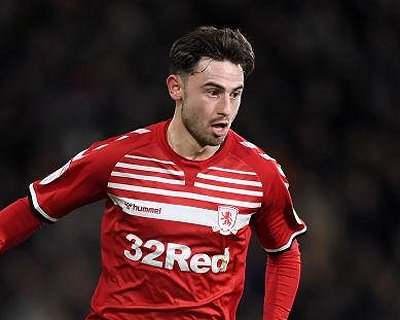 Naturally, the happenings during a football match can ruin everything. There’s no reason for me to think that we won’t prevail against the Hammers, in their stupid massive stadium against their ridiculous, ageing players. We won 4-1 here within the last month, and they’re stuck in the Premier League’s lower reaches, flailing about in eighteenth place. They are even refusing to use Lukasz Fabianski, a keeper who struck me as having two of the safer hands in the division.

I think I start to go wrong when our balanced mentality seems to be striking a stalemate, so I shake things up by demanding a great degree of urgency. This produces more attacking effort, but it also opens us up to the counter and that’s exactly what the grateful home side do. Issa Diop finds himself in acres of space when a free-kick is dealt with messily. The Hammers for once move the ball around at pace, and my defenders are all elsewhere when the Frenchman picks up Sanchez’s pass and has the easiest of shots to nose them in front.

By the middle of the second half we’re putting the home side to the sword. We’re having chance after chance, proving profligate in our shooting, and I feel that nothing’s going to happen until midway through the second half. Harry Wilson equalises when he sends his shot from Moriba’s assist underneath the body of the stretching Zoet in West Ham’s goal. It’s a fine goal, really our just rewards and, feeling that the game is switching our way we should keep up the pressure. Big mistake. We probably ought to park the bus and prepare to take the tie back to Pride Park, but we don’t and we pay the price when a late flurry of home team attacks gets its reward. We’re not easy to score against. Haller is robbed when he’s on the ball by our goalline. Vrsaljko is next to try, and he’s dispossessed, but Kolasinac picks things up and finds Albian Ajeti, a transfer listed Swiss striker, who is betwixt Laird and Vallejo and nods the ball under Butland and into the net. 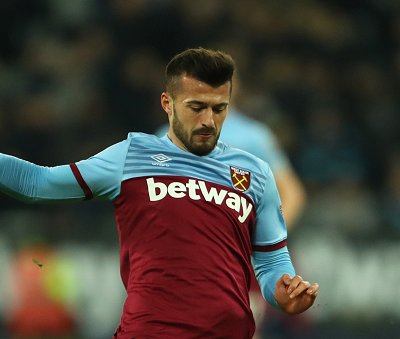 Going out at the first time of asking was not in the script. We’re gutted. The statistics have us on top in just about every category, apart from the one that matters, so there’s nothing to be cheered about going out. Fans of fixture decongestion might have it that we can’t do fantastically in every competition, so perhaps it’s a good thing to lose one of our commitments, but nobody likes ending an FA Cup run before it’s ever really began, and that’s exactly what we have done here.

At least we are still in the Carabao Cup. It’s time for the first leg of our semi-final against the Evertonians. We’re starting at home, so there’s a requirement for us to make a real statement of intent here. If we can take a good result back to Goodison Park then I will be able to shut the door there and steer us through to the Wembley showpiece. Derby County in a cup final? Yes please, Sir.

Patrick Roberts is cup-tied for this game (as is Adarabioyo), so without wishing to overload the pressure it’s on Harry Wilson to produce the goods here. So far he’s been an up and down player, good one week and poor the next, without any identifiable pattern to what makes him tick so I’m never certain which Wilson I’m going to get from game to game. He is of course a Derby favourite, based on the season he once played here when we were still a Championship side and he a fledgling talent at Liverpool. Considered by the coaching staff to be an emerging top flight talent, there’s a sharper onus on him producing the goods than there ever has been previously and I’m convinced he has what it takes to make the grade. 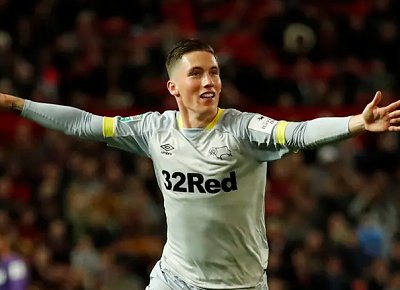 What Harry does against the Toffees is put on the Wilson Show, following superb individual performances by Esposito and Hlozek in recent matches. After a cagey first half in which we dominate but produce no breakthrough he turns on the style, scoring all the goals in what becomes an emphatic 4-0 victory, giving Otavio and Davies evenings to forget as the players assigned to keeping him under wraps. His first comes from an opportunistic launched ball into the area by Pedraza. Wilson is first to it, racing ahead of Ben Davies and poking it into the net from point-blank range. Ten minutes later and he produces a raking volley from the right, which Zidane misses as it sails home. It’s a goal from nothing, after Esposito has been challenged off the ball and it drifts out to where he’s drifting. In added time, the visitors are going all out for their away goal and leaving massive holes for us to exploit. A break sees Stoger lofting the ball out to him. He’s on the halfway line, launches an attack of his own, rides Mina’s challenge, runs into the area and puts it away. Lovely stuff. The last comes from the penalty spot, after Davies is penalised for tackling Vieira from behind in the Everton box.

I don’t want to tempt fate by suggesting that we have already done it. The Toffees can punish anyone, and we will need to be careful when we head over to Merseyside at the end of the month. All the same, we have given ourselves permission to dream of playing in the final, which at the moment looks most likely to be against Manchester United. Playing Norwich at Carrow Road, Marcus Rashford’s first half strike is cancelled out by a late Pukki equaliser. The outcome is to Norwich’s credit, but you have to imagine that back at Old Trafford it will be a straightforward case of the Devils making good on their advantage.

A bittersweet set of cup performances then. One disappointing, the other highly positive. The board are unhappy about being dumped out of the FA Cup before we hit their expectation of making it to the fourth round, which in itself wasn’t asking for a lot, but they claim to be understanding of West Ham gaining an edge over us. Maybe they see things more realistically than I do… Cup exploits are now put back on the shelf. We’re up against Wolves at the weekend, before making one of the trickier journeys that we will need to over the course of the campaign when we travel down to North London to meet Spurs.