West Ham are on our radar at the weekend, but before that we are wrapping up our Europa League group by taking on KAA Gent at home. Back in September we won 1-0 at the Ghelmaco Arena in Ghent, and it’s results like this one that have guaranteed we will finish as group winners. This is a considerable achievement. The board had no expectation on us beyond ‘being competitive’ and didn’t think we had the wherewithal to qualify, so what we have gone on to do must be seen as a big positive. The money doesn’t flow in Europe’s second competition quite like it does in the Champions League, but it’s better to be here than not. With my ambitions for improving the squad ever dictating all that we do, it helps.

Of course, no one wants to see a collapse like we produced against Mainz. By the end of this one, we will have had another Ram sent off when Alfonso Pedraza is dismissed for an ugly two-footed challenge – no need for it, and the action somewhat undoes the spectacular headed goal he’s scored from Stoger’s corner. This is added to Adam Hlozek‘s opener, produced straight from kickoff in the thirteenth second of the game, a lovely neat finish from Ozo’s assist. Before Pedraza’s red card we are the personification of good discipline, almost as though the players have learned from my bollockings, and it’s disappointing to finish the game with an incomplete team. Gent pull one back to make it 2-1, but we never really lose control and – that one black mark notwithstanding – it’s a good, professional result from us.

Here’s the final group table. Valencia look like they could be going out at one point, but pull off a 3-0 result against Mainz to see themselves over the line. Now there’s the small matter of finding out who we will be playing next. Winning Group F has given us a bye for the first knockout round. No more European action for us until March, whilst in the meantime the illustrious likes of Manchester City, Porto and Zebre have dropped down into the Europa League and will be among the contenders we could be facing.

Josh Maja agrees personal terms with FC Kobenhavn and will be playing in the Danish League from January. Wuhan are expressing an interest in Kevin Stoger and I make the decision to offer him to them. The Chinese outfit are willing to pay the player’s full value, a whopping £29 million windfall for us from a midfielder we signed for free. I’m counting the cash money, but Stoger isn’t interested in playing in the Far East and rejects their overtures. This puts me in the awkward position of having a player on the transfer list who’s still part of my first team plans. It isn’t one I like, but for now he’s prepared to live with it. Realistically, whilst I think we can sell him I don’t suppose most teams would be dumb enough to spend so much on his services. 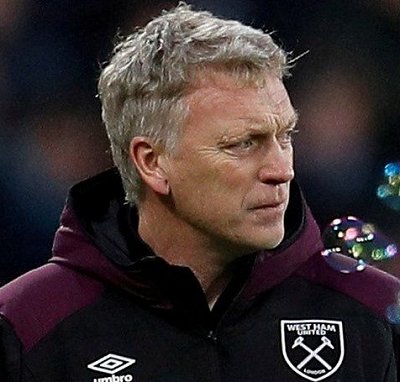 It’s a trip to the Smoke and West Ham United on Sunday. Thanks to the fixture computer, we have two days between this and our Carabao Cup tie at Sheffield Wednesday, so logistically we are travelling to play the Hammers, then zooming back up to Derby for a day before setting off on our jollies once again. Not ideal, and much rotation will be required for the latter tie. On paper, West Ham should be fodder for us. They are persisting with David Moyes and are eighteenth in the table, and it’s a deflated East London outfit that lines up against us. The manager seems to want to put together an outfit of Premier League golden oldies. Chris Smalling is in the side. James Milner is enjoying a nice final payday in Stratford, now a sprightly 35, while the Hammers sold off one of their most potent attacking threats when they lost Jarrod Bowen to Everton in the summer.

The side we’re up against plays the now standard 4-2-3-1 formation. Pablo Fornais at the spearhead of their attacking midfield poses potential problems, while the central midfield of Milner and Declan Rice is a showcase of the past and present of the England national team. I name a strong side with the intention of resting most of the eleven selected here when we take on the Owls. Cris Pavon is in the starting line-up. The Argentinian is still essentially on trial as I wrestle with the decision whether to sign Patrick Roberts, who has agreed terms but is subject to a request for more time from me so that I can make my mind up. If I take Roberts then we will have three right wingers in the squad, which is one too many. One will have to go, Pav the obvious choice, but that will mean I have given him just half a season to deem that he isn’t good enough, which seems a bit unfair. Maybe a loan move…

Like Chelsea and Palace, West Ham are a decent side that’s playing with no confidence whatsoever. There’s usually a bloated feel to the Hammers, shouting their own credentials and playing in a cavernous ground while producing precious little where it matters, but now they’re operating like a team that’s there to be punished. Pedraza makes up for his red card against Gent by putting us ahead in the twenty-third minute. His throw-in deep in the Hammers’ half is collected by Vieira, who recycles the ball to him. Drifting pretty much unchallenged into the  area, he’s gifted with the space to make it within five yards of Zoet’s goal before lashing a shot past him.

A minute later, and Vieira is loping fifty yards before lofting a cross into the box. Sebastiano Esposito picks up the pass, curling around the attentions of both Mari and Taylor (both recent signings) to send one into the bottom corner. It’s an easy strike. The marking is horrible, the defenders static and Esposito riding high in terms of his own confidence, so it can only end one way. After the best part of an hour’s further pressure, Esposito scores a second when he rises above Kolasinac to head in Wilson’s dangerous corner kick. The Hammers then pull one back, Felipe Anderson scoring after we fail to clear our lines – the marking from Pedraza is actually pretty good, but the Brazilian is a tricky forward who can do this against anyone, and given the direction the game is taking it fortunately doesn’t matter too much. There’s still time for Esposito to claim his hat-trick. Another headed goal, this time converting Pedraza’s cross with Pablo Mari left aghast and watching our celebrations.

Winning 4-1 away is always good, though it does feel as if we took advantage of the malaise at London Stadium, kicking them while they’re down. Moyes’s job security is considered to be precarious, which doesn’t sound good at all, and I wonder who would possibly fancy the tricky task of turning things around at a side stuffed with ageing players who have little resale value where a full-scale overhaul is required. As for us, Esposito’s hat-trick puts him in the lead in the top scoring charts. He’s now valued at £48.5 million, making the amount we paid for him look like incredible value – the Italian is 19 and building a reputation as one of the continent’s most exciting attacking talents. I’m very pleased with Ronaldo Vieira, credited here with two assists, and smiley faces are also directed at Hughes and Pedraza, who both play a very positive game. The Pavon dilemma continues after another largely anonymous showing. Contrasting sharply with the general sense of attacking elan we show against West Ham, the Argentinian cuts a disconsolate and drifting figure. My inclination is to cut my losses and conspire to let him go.