If I could choose a nice, gentle opening for the new season then I wouldn’t select to face Liverpool at home. Even a title winner that isn’t quite at full strength is still the most formidable of opponents. Since lifting the Premier League crown, Jurgen Klopp‘s side have sold £188 million of talent and signed precisely no one. The biggest outgoing is a certain Mohamed Salah, now a £123 million capture for Paris Saint-Germain, but there’s also Marko Grujic (£24.5m to Atletico Madrid), Bruno Petkovic (now with Norwich after a £17.5m move), and of course Harry Wilson and Sheyi Ojo to our good selves. Of these, only little Mo is a big miss and illustrates their awesome strength in depth. I’m hearing that they plan to compensate for their loss by going after Leon Bailey, but that’s a move for the future and I’m slightly grateful we don’t have to plan for the Jamaican winger on top of all their other talents.

It’s a lovely Sunday afternoon to be taking on the Pool. The TV cameras are here, and so’s a big crowd, Derbyistas filling the ground to catch a sight of their heroes. I pick Jack Butland to play in goal. Bogle, McKenna, Oxford and Lowe make up our defence. Ahead of Chirivella I opt for Hughes and Stoger, partly because they’re tried and tested and also as I don’t think this is the place to field flashy youngsters. It’s one for knuckling down and weathering storms. Lookman and Pavon play on the wings behind Esposito in attack. Liverpool are a familiar sight. Wijnaldum is now being used in attacking midfield because Jurgen has the riches to be able to call on Fabinho and Keita in a formidable midfield. Weaving through their ranks to cause any damage is going to be little more than a throw of the dice. And loaded dice at that. 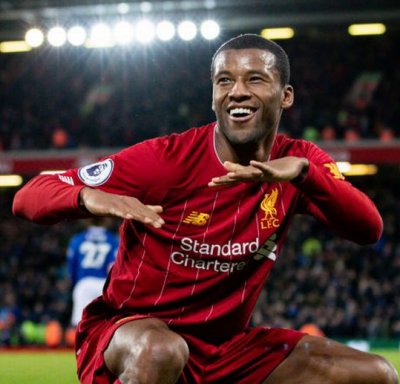 It isn’t long before they’re are causing problem after problem in our defence. I might consider Scott McKenna to be a marvellous defender, probably our best one in fact, but even the indomitable man from Kirriemuir can withstand only so much pressure, and he’s culpable for their eighth minute penalty when he pushes Wijnaldum over in the area. Not the start we wanted. Fortunately for us Butland is alert for Fabinho’s spot-kick and palms it harmlessly into touch. It’s an early reprieve, though the visitors’ attitude, which is to roll up their sleeves and go again, and again, and again, makes for long passages where we need to carry on defending with everything we’ve got. We make it to the break with the score 0-0. Everything of any consequence has happened in our half. We’ve hardly had a single chance to break; more typical is the punted clearance from deep in our half, which is inevitably collected by Van Dijk or Gomez who patiently spark off yet another attacking foray. This is how it feels to be under siege.

There’s not much more for it than to start all over again. We’ve done well to keep them out so far, but there simply isn’t a game saving option on the bench. I could bring on Moriba to work his magic, yet unleashing his potential is an answer for a different stage, I feel. Ultimately the Spaniard will be brought on in the second half, when we’re a goal down and chasing the lost cause. Where we are really getting killed is in conceding fouls. The champions’ relentlessness forces my defenders to make mistakes. A Lowe challenge on Mane in the 62nd minute lands him with a yellow card and gifts them with a free kick twenty yards outside goal. Shaqiri floats one in and Joel Matip heads them into the lead. We could have defended it better, though in truth there were so many players to watch, their movement splendid and foxing, and I feel it was always going to come. There follows around thirty minutes of Liverpool happily sitting on the lead and inviting us to attack. We do. It isn’t a terrible effort from us. Lookman gets our best chance, weaving through a sea of red shirts to shoot at Alisson, yet the final effort is tame and all too easy for the Brazilian to scoop up. In the end, our attempts to find parity melt away, and all we can do is accept the 1-0 defeat. The epithet it could have been worse is made for this one. We were toyed with, and how many sides will they do this to over the course of the campaign?

At least we don’t have to go through that again. Wounds duly licked, we prepare to go north and taken on Newcastle United, a team that was altogether more generous to us in 2020/21. I’m still on the sniff for a new face to work alongside Chirivella in defensive midfield. The options are few. PSG have decided they no longer need Idrissa Gueye and list the Senegalese international for £16 million. He’s 31 and would instantly add a weight of classy experience to my ranks, but his £110,000 weekly wage is a hurdle we can’t in all good conscience leap over. Perhaps a loan deal… 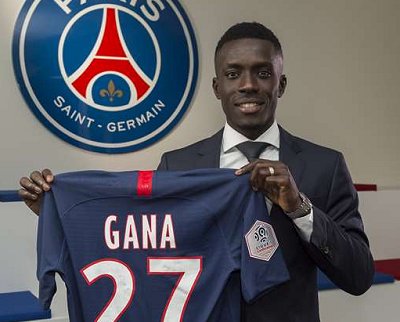 Lee Johnson has made a positive impact since he took over the Geordie nation. Carefully guiding them out of the trouble they’d been in throughout the tenure of Steve Bruce, he has added sensibly to their roster, introducing Monaco defender Benoit Badiashile and Thiago, the Portuguese midfielder who was playing for Forest previously. These are support acts to Allan Saint-Maximin, the tricky winger who will be inflicting pressure on Bogle all afternoon. For us, Bielik replaces McKenna in the line, the consequence of a minor training ground injury rather than punishing the Scot for the time he conceded a penalty. Moriba gets his start, replacing Stoger and injecting, I hope, a new attacking element to our midfield.

Ademola Lookman has us in front within the first fifteen minutes. Weaving solo through their defence, evading a clumsy challenge from Doherty and mugging Badiashile before finally he slots the ball calmly beyond Dubravka. Phew, it’s a return to normal service, only it isn’t. The Magpies equalise on the half-hour mark. A Wissa cross should be dealt with easily enough. It’s a good one, aimed venomously into our box, but we have four players there against their single forward, Joelinton, and Oxford meets it, heading it away… But only to the feet of Newcastle’s striker, who is presented with the most gift-wrapped of opportunities to sink the ball into our net.

I would take a 1-1 back to Derby. The opposition are at least as good as we are, so there’s no dishonour in achieving a hard-fought stalemate here. And that’s exactly where the game looks as though it’s heading. Lookman and Pavon are both removed with very minor injuries, which hands introductions to Wilson and Ojo. Hlozek replaces the tiring Esposito up front, the Italian having spent his effort on keeping their defenders busy. So it really hurts when they produce a late winner. Thiago takes a corner kick. Lascelles is beyond the far side of goal, covered loosely by Chirivella, and he launches a rasping and unbeatable header into our goal.

This is slack from us, and while we aren’t at the point of crisis yet it’s hard to see a pointless opening to the season as anything other than difficult. Fair enough, getting anything from Liverpool is a big ask and Newcastle are a fine outfit now that they are being competently managed. But we were never out of the top six last season and expectations are high, and the opening salvoes have left us at the table’s wrong end. There’s a quick onus on us now to start turning things around before a bit of a worry begins to develop into a proper concern. It’s Arsenal next, out for revenge and one of the last sides we would hope to be facing at this time.

None of this is what we hoped for after a summer rebuild that I felt went rather well and has left us much stronger than we used to be. Of course, there’s the issue of settling in all those new faces, but by now we ought to be as much as the sum of our parts. We should be better than this.