Despite the title of this piece we would like to finish in a higher league place than sixth, but it’s important that we outlast Everton and clinch a European spot. Derby’s form has put us in these higher reaches for the entirety of the campaign, so to blow it now, at this late stage, would be crushing. The situation is simple. Both the Toffees and ourselves have played 33 games. Five remain. We’re ten points in front so two victories will seal the deal no matter what the self-appointed People’s Club manage to do. Their next tie is against Liverpool, so everything might be settled long before the close of hostilities.

We’ve two away fixtures before April’s end. This update will cover them both, a double-header as we now want to get the campaign wrapped up and look to the challenges of the future. Our Head of Sports Science George Bentley sends me reports screaming about the high injury risk to a number of players, for the most part those who are starting regularly. In an ideal world we will be rotating players on a regular basis. Two matches per week is a killer for maintaining fitness, but the other concern is the enormous dip in quality beyond our first eleven. I’ve been rambling on about transfer targets in each position for a reason. The need for two good players in every role, especially if we have ambitions to play on the continental stage, is going to be of paramount importance.

Our list of liggers, relics of the Championship team we once were and those who just don’t have a future, is beginning to crystallise. Anyone with less than three stars of current ability – Bruno, Carson, Jatta, Lord Rooney – is going to be shipped out in one way or another. Two of the players mentioned are approaching the end of their contracts, and they will not be renewed. I’m interested in signing permanently only two of our five loanees. Pedraza looks nailed on to stay. Esposito is more of a wishlist acquisition than a dead cert, but we’ll chance our arm with him, whereas Smith Rowe, Hernandez and Benassi are approaching the end of the line. 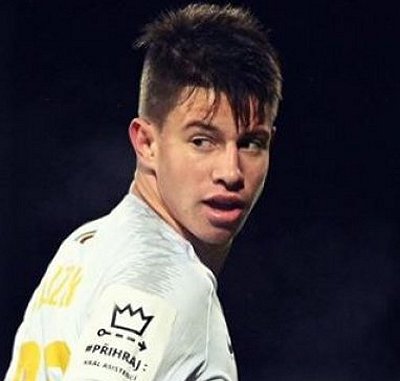 I’m beginning to reach the limits of my patience with Adam Hlozek. The dream was to make the teenager a focal point in the squad, to drive forward with him in it, hopefully for years, but petulance and a string of petty grievances are beginning to undermine his qualities. His effort in training is dipping, and this is impacting negatively on his abilities. The Czech simply isn’t a good team player, which is ruining my ideal partnership on the right of him and Bogle, and when it comes down to it the full-back’s future is here. Come what may, my loyalties are with the 20 year old from Reading, who’s been a part of the team since before I started and has worked hard to push his standards up to the level required. It makes me sad to think of ending my association with Hlozek. He has everything he needs to be a fine asset. He’s also a brat, and I’ve no place in my team for such nonsense.

It’s raining and mild in the north-east as we take on Newcastle United, stuck in lower mid-table, probably in possession of two many points to be sucked into the relegation battle and looking to a better future under new ownership. We bested them back in November, and given their fresh outlook perhaps the days when they were content just to prevail are coming to an end. A good thing too, I suggest, apart from in the context of our head to heads. The Magpies ought to be too crucial a concern to be doing so poorly, overseen by a Chairman who uses them to suck out all the profits and minimise any sporting joy. They’re now managed by Lee Johnson, who has steadily been improving their fortunes after an awful start to the season. From 22 August through to 19 December they won no games and picked up three measly points from a potential forty-five. If I produced that sort of run I’d be sacked, and in due course Steve Bruce was rightly handed his cards.

Things are getting better for them, of that there’s no doubt, and they have players who we need to respect. Allan Saint-Maxmin is a tricky French winger, a rare bright spot who has scored eleven goals and made seven assists. He’s their main creative outlet, and also worth fearing are two on-loan ballers – Barca’s Alex Collado and Marko Pjaca, from Zebre.  On the downside  are remnants from the old regime, the warm bodies who have little future at the club. I’m astonished that they still find a place for Andy Carroll, the rangy streak of piss who once promised a lot yet delivered an injury-inflicted and unreliable set of performances. He’s out currently, with a torn hamstring, which sounds about right.

Newcastle start brightly and take the lead in the fifth minute. A corner for them is cleared with little confidence, and ends comically when Ivan’s attempted hoof away bounces off the head of Pjaca and rebounds into the back of our net. They’re threatening to blow us away at this point, but we slowly haul ourselves back into contention. By the end of the half it’s 1-1. A rare Hlozek foray sees the Czech attempt to beat Dubravka from wide on the right. It should be a savable effort and yet the keeper struggles to hold onto the soggy ball and palms it into the near corner for an embarrassing own goal. A piledriver from Ademola Lookman on the hour mark nudges us in front, and then the Magpies search for the rest of the allotted time for an equaliser. I think they’ve finally done it when Collado scores in injury time, but the goal is ruled out for an infringement. So we take the 2-1 victory, a very valuable win that in places is nothing less than a smash and grab.

We don’t need to be at our best to beat the Geordies, but the same isn’t true when it comes to the weekend fixture at Stamford Bridge. Chelsea, or should that be Frank Lampard’s Chelsea, are in third place, on the same number of points as we are but with two games in hand. They have a Champions League semi against Bayern to plan for, and with their crush of matches still to play we’re hopeful that fatigue will be an issue. They’re without former Derby favourite Mason Mount, who’s unavailable courtesy of a nasty torn hamstring. We have to field Josh Maja over Esposito, the Italian having incurred a tight Achilles in training that indicates the best recipe is to drop him from the match day squad entirely. 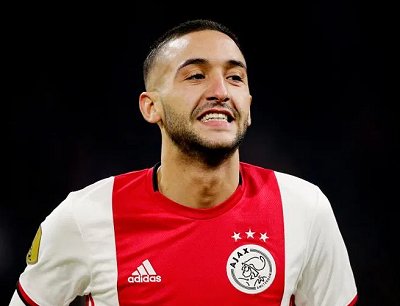 There’s a lot to fear in this side. Quality runs through their line-up, from Hakim Ziyech and Sergei Milinkovic-Savic representing the best of overseas acquisitions to the homegrown likes of Tammy Abraham. Ross Barkley is playing. He’s transfer-listed and available for £11 million. Better still is his slight interest in playing for us, a factor only undermined by his likely demand for a six-figure weekly salary, for which we would expect the moon on a stick. His failure to deliver exactly that is why he’s in this position in the first place.

On the whole we have excelled against the division’s better sides. I don’t know if they have taken us on expecting an easy day out and getting stunned on the break, but we beat Chelsea earlier in the term and we have had similar successes elsewhere. Not today. Here, we’re playing a confident and prestigious group that knows exactly what’s on the line if they don’t perform as well as they can. We actually have a goal ruled out for offside in the game’s first few minutes, a Maja strike that represents his one significant contribution to the action. Otherwise the first half is all Chelsea. Ziyech, Zouma and Rudiger score as they stroll to a 3-0 lead. I’m forced to remove Stoger due to a possible injury, which fortunately turns out to be nothing worse than a bruise. Will Hughes has his most wretched performance since his return to Derby. Nothing goes right for him. By the second half, we are using a central pairing of Chirivella and Baker, with Bielik pushed into defensive midfield. I’ve seen no other option than to crouch back into a very cautious set-up, limit the damage, and luckily for us the home side sense that there’s nothing left to fear and are content to play out the rest of the time, saving their efforts for the challenges to come.

All told it’s a poor capitulation of a performance, albeit against a team that is stratospherically better than we are. Perhaps the real issue is that we have performed above expectations and ordinarily results like this one are entirely what we should have coming to us. Within the bigger picture it isn’t a massive problem. Everton lose to Liverpool and hand us the guarantee of at least a sixth place finish, which is all we wanted to achieve. Mathematically we can no longer win the title outright, but that was never really on the cards. A Champions League place may still be on the line though. Arsenal draw against Villa and United secure a bravely contested 2-2 with their cross-city rivals. Results elsewhere have conspired to hand us a golden opportunity to achieve a top four placing. The matter is ultimately out of our hands, and yet all we can do now is keep plugging away and see how the chips fall.