In the week leading up to the Liverpool crunch game, we find that Derby have made the third highest profit in the Premier League. United and City are far ahead of anyone else, obviously, and in contrast the £49.5 million we have raked in looks like loose change. It matters however; these monies underwrite future progress and will allow us to operate under less stringent overheads as we look to cement our position. At the other end of this particular table, Tottenham are the biggest losers. They’ve made a loss of nearly forty million, within a climate of the north London club having a disappointing time in general. 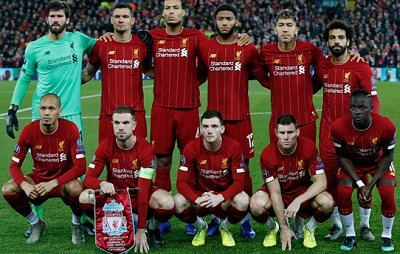 The scouting report on Liverpool makes for sobering reading. I’m handed separate lists of their strengths and weaknesses. One of these looks like a telephone directory, the other is scribbled on the back of a fag packet, and you can probably guess the order for yourself. First in the division, rocking up a squad that’s filled with superstar talent, making it as far as the Champions League quarter-final before being eased out by Manchester City on penalties, they’re an incredible side.

I take a little comfort from the number of injuries they’ve accrued as a consequence of all those additional fixtures. Mohamed Salah will play no part. He’s out with a twisted ankle for a fortnight, incurred courtesy of a rough challenge from Mendy at the Etihad. Apparently Paris Saint-Germain are desperate to add the Egyptian to their ranks, so with any luck he won’t be around to put the Premier League to the sword for very much longer. In the same fixture the Pool lost Roberto Firmino, who’s out with pulled knee ligaments. There’ll be no Gio Wijnaldum (double hernia), and Alexander-Arnold, Robertson and Gomez are all doubts for our confrontation. So that just leaves Dybala, Oxlade-Chamberlain, Petkovic and Curtis Jones to worry about then. It’ll be easy…

Our one significant absence is Alfonso Pedraza, suspended for this cup tie, but that’s okay because the intention was always to field Max Lowe here. Marco Benassi replaces Stoger because the scouts assert he’s such a good fit to cope with Liverpool’s pressure, able to win the ball from them in a match that might depend heavily on possession statistics. I bite the bullet and pick Bogle to play in the same side as Hlozek. Time, I think, for the pair to cope with playing together. If they can’t mount a good performance against one of the country’s best sides and with a place in the final on the line, then I wonder when they will be able to. On my head be it; I’m paid to make these decisions, after all.

With Saturday free to prepare, I have a glance at some of the transfer-listed players who might be of interest to us in the summer. As ever, cost and interest are strong factors. There’s little point in looking too hard at anyone earning an enormous salary, and a bunch of the unwanted have little desire to join us. It’s clear that I can forget about the likes of Gundogan, Moura and Loftus-Cheek, who would rather be dead than seen wearing Derby colours. Brentford’s Shandon Baptiste has requested a transfer and he’d like to play for us in the future. The midfielder’s price tag is the best part of thirty million, which presents a barrier, and in any event his preference is to play for Aston Villa as they are stupid enough to pay the big bucks. Marius Wolf would be a decent alternative to Jatta on our right wing. He’s listed for £11.5 million, and the scouts report on his high levels of determination, which it’s always good to hear about. He’s well paid in Germany though, and we may baulk at breaking the bank on his wage demands. Perhaps John Lunsdstram is a possibility to bolster the midfield ranks. The Sheffield United man is available at a cost of £7 million, and he’s a hard working engine room, like a cheaper Danny Drinkwater. His likely wage demands are also in line with what we’d be prepared to pay, however his through-the-floor form is an issue. 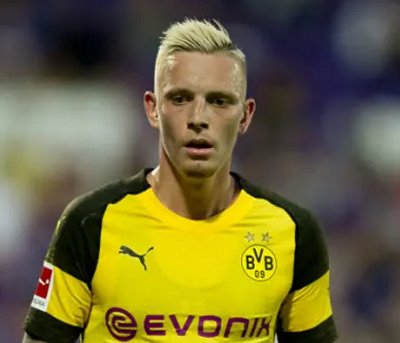 The other semi-final produces a 2-1 win for Chelsea over Manchester United. Former Derby defender Tomori scores one of their goals in a technically high contest but one that’s low on thrills. So it’s the west Londoners who await in the showpiece.

I would love to be able to report that we beat the odds here and prevailed against our mighty opponents. In retrospect, I’m disappointed that we couldn’t do better given Liverpool’s injury list and the absence of some of their luxurious stars, yet I don’t feel we shamed ourselves. We gave it a good go, and whatever else is true then the fact we so exceeded the board’s demand to make it as far as the fourth round should speak volumes.

The tie isn’t a fairy tale occasion. We don’t overcome Liverpool to the soundtrack of the Rocky anthem, coming out on top of a David and Goliath battle. 2-0 is the final scoreline. Lallana scores in the first half, and Brewster weaves around Bielik to claim a second from close range, the sort of cocky effort that indicates he has no right to be playing in their Under-23s normally. We win the cards count, picking up five bookings overall in a contest where the opposition have us chasing shadows. Marco Benassi goes off injured. We aren’t very lucky with this one, what turns out to be more serious than a negligible couple of days’ respite. The Italian has picked up a groin strain while putting in an awkward tackle on Keita, and he could be out for up to six weeks, which is likely to put the finishing touches on his time as a Ram. I suspect this will be the end of his Derby County career, and it’s as apt a climax as the underwhelming impact he’s made. Ten middling appearances in the league in which he never posed a sustained threat to Stoger, and for what he expects to be paid he just isn’t worth it.

The cup dream has ended, for this season at least. We now have to rest the players and pick them back up for Newcastle in the midweek match. The Geordies want Scott McKenna, by all accounts. If I have anything to say about it then they will come away with neither the Scot or a single point from our encounter. There, I’ve said it.