The January transfer window closes. We make some half-assed attempts to bring in an extra player on loan, but without success because we have very little to offer, similarly I opt against the possibility of terminating the deals for Morgan Whittaker and Jason Knight because they would likely play such a minor role for us. Better, I feel, for them to least get regular football at their current teams and return to us improved. Of the current crop of boys playing elsewhere these two have the most robust future with us, I feel.

Money is spent elsewhere as football talent gets moved around. Angel Correa joins Spurs from Atletico Madrid for £43 million. He’s an attacking midfielder I have used in other saves and a good one, capable of doing the unexpected, however the £145,000 weekly salary he’s exacting puts him quite out of our reach. Liverpool take Dinamo keeper Dominik Livakovic, a Croatian international who clearly wants nothing more than to play second fiddle at Anfield. Someone we had been scouting, Brazilian forward Kaio Jorge, is subject to a £15.5 million transfer to Sevilla. The fee wouldn’t be beyond us in a normal transfer window where we have a full treasury to play with, but getting the work permit for a 19 year old prodigy might be. Another signing from an alternative reality, Pablo Sarabia, joins Brighton to give them options on the right wing. I once brought him in to Arsenal in an FM 2019 save, to compete with Christian Pavon on the wing. Both were relatively cheap and very, very good, indeed memories of their success reminds me to scout the latter, who’s now playing for Boca Juniors and tantalising me with his Italian dual nationality.

We entertain Manchester City at Pride Park, a fixture in which the opposition remember to use Kevin De Bruyne this time. If our season has a nadir then I hope this is it. Pep’s winning machine could only secure a draw against us at the Etihad but they make no such mistakes here, playing at their best and securing a 3-0 victory without breaking much of a sweat. To them we’re like that much smaller kid who’s taking part in a playground fight. We can be safely held at arm’s length, swinging punches that harmlessly push the air aside while they pummel us in return.

Their first comes in the 33rd minute when Bogle takes down Everton in our penalty area for the easiest of refereeing decisions. Harrington Kane dispatches a nerveless spot-kick in the manner we have all seen previously. At 1-0 it’s far from over and we harbour thoughts of mounting a comeback, however the visitors absorb our efforts to attack them with some ease and score a second on the hour mark when Laporte heads in a KDB corner at the far post. Shortly afterwards they make it 3-0, Laporte again from almost the same move and Foden supplying the assist. It’s reasonably well marked by Jatta but the centre-back’s height advantage makes the difference.

We have a few chances, and Stoger comes out of the confrontation with some credit by making himself useful in midfield, but once that third goes in I feel as though I have little choice but to adopt a defensive mentality and limit the damage. By this stage, City feel similarly and are happy to hold on to the ball, confident we can’t hurt them. The area in which we do excel is in collecting yellow cards, five of them in total. Mostly these are for late challenges, because the blue shirted visitors really had us chasing shadows for much of the time.

It’s terrible, understandable I’m sure against someone this good but a real capitulation after losing to Everton so recently. I’m asked why we have such a poor home record. It’s a fair question. I approach most matches at this level the same way, playing a balanced system whilst I work out whether we can become more positive or focus on caution, and perhaps when teams come to Pride Park they leave fewer openings for our forward players in the way they do at their own lair.

And then there’s the KDB factor to consider. The Belgian is on a different level to everyone else, even many of his illustrious teammates, and we do well enough to keep him from inflicting further damage. Having him in the side feels as though City have an unfair advantage; he’s that good, and he got to dictate the play here in a way that made the final result inevitable.

I’ve discussed beforehand that February has all the makings of a terrible month for us. Four games against four big sides. I will have to think deeply about what I’m going to change for our trip to Tottenham at the weekend, even though my choices are limited because Derby don’t have the luxury of riches enjoyed by the standard of the better teams at this level.

One thing I will have to do is give Ivan a chance at right-back. Jayden Bogle‘s booking against City puts him on ten for the campaign and suspends him for the next two fixtures. That’s disappointing, but I can’t really criticise the full-back too heavily. If the Premier League has got one thing then it’s the abundance of pacey wingers, and while Jayden possesses similar gifts the reality is that he’s a 20 year old kid who is working hard to bring himself up to the required level. I think he’ll make it too; he’s much improved from last season and has the stamina to work at full tilt for entire matches, which he really needs.

As for the Spaniard, like many of our signings last season he was brought on board to cope with the rigours of a Championship campaign and he simply isn’t built to cope with the Premier League. It’s almost certain that we will have to replace him, to at least bring in a decent right-back to properly challenge Bogle and increase our options, whereas Ivan is little more than an emergency alternative. 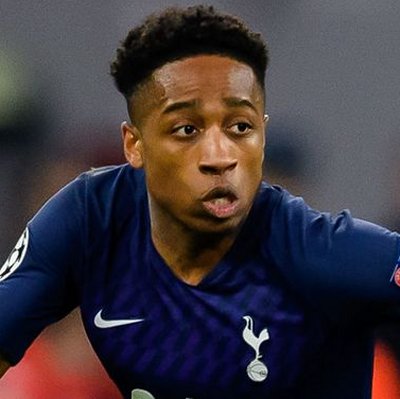 The obvious name here is Max Aarons of Norwich City, but the English defender seems fully aware that his next move will be to someone who can pay him top whack wages and that just isn’t us. We’ve been scouting Kyle Walker-Peters for some time. A product of the Tottenham Academy and by  staggering coincidence sharing almost the exact same name as a fellow Spurs right-back who made the jump to the Etihad, the 23 year old is now with Crystal Palace and could be acquired for up to £5 million. Other options include James Justin, largely trapped in the hinterland of the Leicester Under-23s since his move from Luton, Manchester United youngster Ethan Laird, and Tosin Adarabioyo of their cross-town rivals. With the latter trio, the price could increase exponentially depending on how reluctant their clubs are to let them go, but they are all worth a watch.