We should have the home return against Manchester City next, but that’s been pushed back to early February as our illustrious opposition are still represented in every competition and have a welter of fixtures to play. It’s like trying to book in with an especially in-demand dentist – sorry, City are fully booked for the next few weeks, will 2 February be all right for you? Are you prepared to change the appointment at very short notice?

Naturally we’re in no rush at all to take on the blue shirts again. They are on a world tour of taking on and beating the best teams on the planet. City have won the Club World Championship, beating Sport Club do Recife in Qatar. Ajax await in the Champions League. They will be opposing Chelsea in the Carabao Cup final, are still in the FA Cup and in between all these fixtures have a Premier League crown to defend. How they are getting players fit and motivated for competitions on all fronts is anyone’s guess, and perhaps here’s a clue why we prevailed against them. Derby have the league and the cup to contest, and nothing else. It’s relatively easy for us to produce a fit eleven for each game, but if we do qualify for Europe in 2021 then that’s an entirely fresh welter of ties to plan for. A stronger squad with two good players for each position will be mandatory. 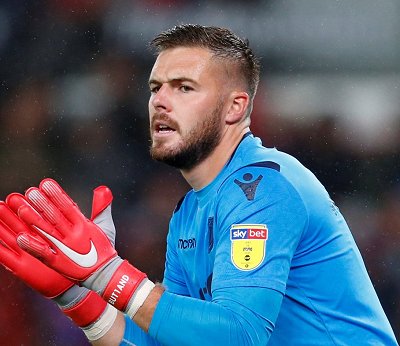 Planning for next season begins here. Without going into any further detail at this stage, I think we will need a goalkeeper, right back, centre back, defensive midfielder, central midfielder, both wings covered and another good forward. That’s eight players to be drafted in as a minimum, not counting the transfer of Maxime Lopez in the summer. We just need to be better, improved across the board, and if possible a number of those new arrivals ought to be English. I send my scouts out to take another look at Jack Butland. He’s an ideal rival for Montipo in goal, and because he’s still with Stoke he could be a relatively cheap acquisition. They’re in League One this season though they’re top right now, so hopefully prising the keeper away to play for a Premier League team should present no real obstacle.

For sure there will be much player movement in the summer, particularly if we can hold on to a place in the division’s top six, now both a staggering and yet very real prospect. Before any of that we still have a season to get out of the way of course, beginning with an FA Cup tie at home against Sheffield Wednesday. The Owls are eighth in the Championship. They’re now managed by Mark Hughes, who’s trying gamely to propel them into the playoff picture, which they really should achieve because it seems incredible that a club this big has been outside the top division for so long. Their main threat comes from Troy Parrott, on loan at Hillsborough and doing better for them than he ever lifted his legs to achieve with us. I found him a vexatious figure, a striker with all the latent talent in the world but too often vanishing from the action. He’s scored eight in 27 for Wednesday, a rather improved return than what he produced for Derby. Perhaps it’s the case that he is better suited to the 4-4-2 set-up as preferred by Sparky.

In any event the match is about as clear-cut as it gets. Within the last year we have become a front-footed Premier League outfit and we play like it, firing 26 shots at Cameron Dawson’s goal with a largely second string side and winning 2-0. They barely get a sniff, indeed their most significant contribution is when Alessio da Cruz gets sent off in the second half for two yellow card offences. Bakery Jatta and Josh Maja are our goalscorers, the latter claiming the match ball for causing the Owls defence constant problems even if on the whole he’s a bit wasteful. There aren’t too many times when he receives such a birthday gift of easy scoring opportunities and fluffs his lines more often than not, but then Maja is playing with something to prove and his adrenaline runs hot. Marco Benassi is on the field for almost the entire game and does well. He provides the assist for Jatta’s goal, which is encouraging. Emile Smith Rowe has his usual show of nothing before he’s removed in the 64th minute. He isn’t someone we’ll miss when his loan term with us finishes. I’m still wrestling with the decision whether to bring Morgan Whittaker back from Millwall. It’s a choice between regular football at the New Den, where he’s excelling, or a bit-part role here, and I have to decide either way before the end of the month.

It’s a safe victory that eases us through to the fifth round, where we will take on either Cardiff City or Preston North End at Pride Park. Unless we play ‘cups for cock-ups’ we should be reaching the quarter-final, which will be an excellent sign of progress. The tie will take place in early March, leaving clear a February schedule that reads (with a shudder) Manchester City at home, before away trips to Spurs and Manchester United, and then we get to entertain Liverpool. By anyone’s standards that’s a rough run of fixtures, though I suppose it gets them out of the way, with only Chelsea left to play from the remaining schedule.

We can only watch as players we have been scouting go elsewhere, a consequence of having zero funds left in the transfer kitty. Jack Harrison goes to Brentford for £5 million. Chelsea seek a relatively cheap back-up goalkeeper when they bid £1.7 million Liverpool’s Loris Karius. Despite memories of that Champions League disaster he would be a good pick for us. Korean outfit Ulsan snap up Nathaniel Chalobah from Watford. I harboured dreams of partnering him up again with Will Hughes for Derby, which alas will now never be. Our only bit of business is the £275,000 sale of Festy Ebosele to Ponferrada. Before agreeing the deal I was advised that the striker would struggle to ever raise his game to anything above League Two standards, so it makes sense, even though my default position is to resist the departure of any Ramlings. 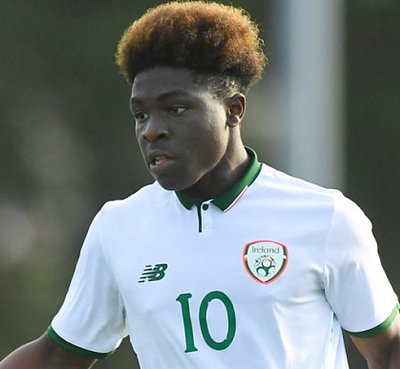 After giving my stars a rest in the Wednesday game they are now being asked to produce the goods in three matches within an eight-day period, before a fortnight’s break in February. The first of these is against Everton at home.  We bested them in our first victory of the season, away at Goodison Park, so spirits are high for this fixture, one in which we once again have to be mindful of Andre Gomes, their spirited midfielder. Added to that is the fact the Toffees played in midweek. We ought to have an edge in terms of fitness. For all that, they’re eighth currently and need to be taken seriously. Whatever our exploits to date, the opposition are a prestigious top flight outfit. We have got to where we are on merit, but the situation can change quickly and on paper the opposition are superior to us, as is so often the case this season.

It’s a freezing cold Derby afternoon, -5 celsius, with light snow, a fell wind, and a semi-frozen playing surface to produce one winter wonderland of a tie. The fans are out in force, which shows a great commitment to cheering on the boys.

Esposito gets in a position to test Pickford straight from kickoff. The shot is dealt with, and that remains our best effort until late in the game. Everton get a grip on the contest and never let go, scything through our defence like butter, raining shots in on Monitpo’s goal, and we have done well to finish the first half goalless. In the second they finish us off. Bazoer beats the keeper with a screamer from outside the box, something a bit special to liven up this dismal afternoon, before Calvert-Lewin heads in Gomes’s crossed ball. For our part, we rarely seem to get going. Maja comes on for Esposito and threatens to worry the Toffees defence with his pace. Smith Rowe has a cameo and does decidedly more with his time than Lookman, though that really isn’t saying much.

We lose 2-0 after one of our more depressing and flat performances. I can’t even single anyone out for particular culpability. As a team we just never got going. We were made to look like a lower division plucky underdog, there for the taking, and we were duly undone. The Toffees were just that bit smoother, readier to press their advantage when we made mistakes, and they ruthlessly controlled midfield. Then there’s the added factor of vengeance. Derby claimed a 2-0 victory at Goodison Park back in August, so perhaps we just had this one coming to us.

One to move on from then, at least I certainly hope it is with such a punishing run to follow in February. It’s a month that could break the season, put us back in our place, and at the time of writing I feel as though we are due a reckoning.