First is taking on third as we travel to Manchester City for a crunch January fixture. As when we faced Liverpool I am advised that we are facing the impossible – well, we’ve done that before and we prevailed, would be my bullish response, but by and large we FM’d the Anfield challengers and we will be relying on a similar outcome at the Etihad.

City look ominous. They have claimed the last three Premier League titles, and are managed by just about the most reputable figure in the game in Pep Guardiola. They look wholly capable of repeating the trick in 2021. The main caveat in their success is that it has been underwritten by unfettered spending. City fans can justify as often and as loudly as they like that they rival other teams for how much has been invested in the squad, but the reality is that they spend big money on big name stars. This season, £346 million has left the treasury. A total of eight players have arrived, including Harrington Kane and Kai Havertz. Everton has been signed to somehow improve their wing play, and Pep has sought to enhance their defensive provision with the captures of Ferro and Nicolas Tagliafico. 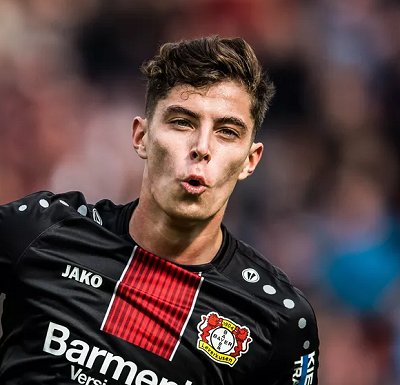 That’s the trouble with their transfers. Not only are all these players really, really good, but you also get the sense that a plan is being enacted. Any lingering gaps have been plugged with these additions. The expensive signing of Kane makes all the sense in the world, given that Sergio Aguero is showing his age now and they need to replace him. Tagliafico and Ferro addresse traditional City issues of being a bit soft at the back. When we played Arsenal we were aware that the defence was their weak link and hadn’t fully been resolved with the players they had drafted in. City on the other hand have filled this gap. The Portuguese centre-back can partner either Stones or Laporte, and either way it’s close to a world class pairing.

I’m warned by former Derby midfielder Aljosa Asanovic to keep an eye on Kevin De Bruyne. They’re fair words by the man from Split, even if they’re blindingly obvious because even the most cross-eyed of managers would be waking up in the middle of the night, bathed in a film of cold sweat, after nightmares in which he has tried to figure out what to do about De Bruyne. The midfielder is pretty much unplayable. He’s the highest rated player in the division. He’s won the most Player of the Match awards and claimed the highest number of assists. Realistically, what do you do about him other than ask someone to mark him specifically and try for ninety long, long minutes to keep the ball as far away from him as you can?

De Bruyne is only number one within a complement of stars who can win any match single-handedly. Havertz is his midfield partner, and he’s frightening. They have a choice of Everton, Jesus, Sane, Roberts and Bernardo to play on their wings, a selection so fulsome and providing so many options that they were quite happy to see off Sterling and Mahrez in the summer. And then there’s Harrington, who’s scored thirteen goals in his seventeen appearances for City. Joe McClaren’s scouting report on him is little more than a love letter. He finishes by advising me to sign Kane at any price. The ‘price’ would be to sell my entire squad, the ground, the training facilities and any club silver, and then we probably wouldn’t be able to cover his wage demands.

For reasons best known to Pep, De Bruyne is rested completely for this match. Maybe it’s an oversight. Perhaps the City guru doesn’t take us too seriously and thinks he can safely drop his best player. The situation isn’t exponentially better even without him. City go with a midfield pairing of Foden and Havertz. Bernardo and Sane are on their wings and Kane is up front. We’re also up against Frances Coquelin, a more enigmatic Guardiola signing and reasonably priced at £41 million. He’s in defensive midfield. For our part, I change little from the Arsenal game. McKenna joins Bielik in central defence and Max Lowe is at left-back. Our brief is to contain the blue surge, and if possible sting them on the quick counter attack. 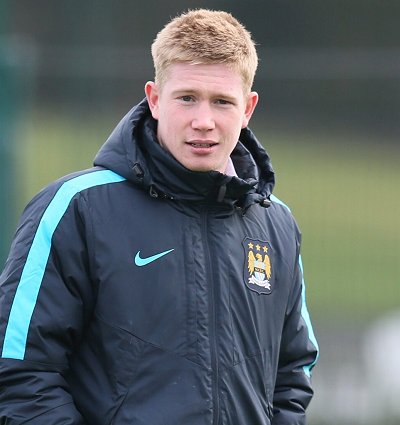 The game quickly turns into an exercise in absorbing blue-shirted pressure. For the first half they push hard and we don’t buckle. Man-marking Harrington is the right thing to do. He’s a jack-in-the-box, constantly looking for gaps, and Chirivella needs to be everywhere just to keep him under wraps. Watching the action, I marvel at a group of players that moves the ball around about as well as I’ve ever seen it be moved – a dazzling level of skill, and when they aren’t in possession they work like dogs to limit our space. It’s a rare moment when we get to cross the halfway line.

All of which said, they seem intent on not accomplishing anything if it can’t be done beautifully. Like ourselves City aren’t into tackling; they’re all about the movement, so they never bully themselves across our line. Our defending is rock solid, the line able to clear most of the the trouble, and Montipo can deal with most things that are sent in his direction. We get more opportunities in the second half. Lookman avoids a challenge from Cancelo to send in a rare shot at City’s goal, which is smothered by Ederson. In the match’s closing minutes, we’re playing around in the home side’s half and then watching a Coquelin shot soar over the goalmouth, before it finishes 0-0.

Claiming a draw at the Etihad is no mean feat. Not allowing City to win has an effect on the table as Liverpool beat Sheffield United to go top, and I suspect one of the Manc and Scouse giants will end up ultimately winning the whole thing. For us it’s a creditable and mature result. We continue to excel and the table reveals an eleven point gap between ourselves and seventh place, which makes attaining a spot in the European qualifying spots now looking like a very real prospect.