The English transfer window might be closed, but that doesn’t stop Manchester United from lodging a £50 million bid with Benfica for Ruben Dias. I can only watch with a mixture of awe and frustration. I have just over three million left in our transfer budget, and our allocation for wages is nearly at its limit, and that’s after I have expanded it so that we are paying close to £760,000 per week in salaries. This is close to double what we were shelling out last season. We have five players who are now earning more than £2 million per year (Lord Rooney, Lookman, Jatta, Hughes, Hlozek), however within the division we have the third lowest budget. Only Brentford and Boro play less than we do, and reportedly Manchester City shell out close to a staggering five million each week!  There’s no real competing with that level of largesse. Neither will this figure go down. The aim is to get Scott Carson off the wage bill as soon as possible. I would rather eat my own vomitus than keep paying Lord Wayne £63k weekly to fund his hair transplant operations, a term that finishes at the end of the season, but it won’t stop further transfer activities from nudging the amount we spend on salaries towards the sky. That’s the reality.

We have a whole week to play around with until our next fixture, which is an away tie at another firmly established top flight outfit, Everton. Their season has started with a 2-2 draw at Bournemouth, Holgate and Gomes getting their goals in a straightforward, even contest. You will recall that I turned down an interview for their manager’s job in the summer. Instead they appointed Thomas Frank, who finished second to Derby as the chief at Brentford and for his achievement was named the Manager of the Year. Some mistake, surely. Apparently he and I are acquaintances. He has a very good opinion of me, which is only right, though it says here that I’m also on very good terms with Sabri Lamouchi, the former Forest manager I wouldn’t have passed urine on had he been discovered writhing on the ground in flames. 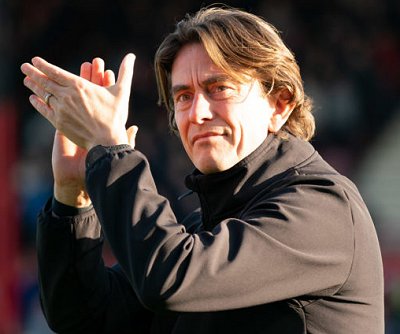 Unlike Tottenham, Everton spent more than fifty million on players in the summer. One of their signings, Ben Davies from the aforementioned Spurs, was targeted by us when Jose Mourinho transfer listed him, however he was never on the cards due to his high wages. The Toffees are paying him eighty grand per week to alternate with Lucas Digne at left-back. We can’t come close to matching their spending power, not for a very long time at any rate. Another new arrival, Mexican striker Jose Juan Macias, from Chivas, earns £91k – again, we scouted him, with concerns in the report about his willingness to join. Everton paid £27 million to make him theirs, which places him in a separate universe to the one in which we operate.

More on our level is Flynn Downes, the 21 year old Ipswich midfielder who has put in a transfer request to his manager, Gordon Strachan. We added him to our shortlist some time ago, more on the basis of his potential than what he can produce at this level, and besides the Tractors are demanding a fee in the region of four million.

The draw for the second round of the Carabao Cup could hardly be kinder to us. We’ll be entertaining Crewe Alexandra of League Two, so the board’s preferred minimum target of Round Three should be intact, providing we don’t find a way to mess things up.

Derby are contesting the Monday night fixture against Everton, so we get to watch as the rest of the division plays round two, and by the time we go on to the Goodison Park turf we’ve slipped to 14th, through no doing of our own. Lord Rooney hasn’t recovered from his knackered toe and is rested. This is a disappointment for everyone, particularly the home fans, and his Lordship is reduced to waving from the dugout, though secretly I’m happy enough with his unavailability. Bielik partners McKenna at the back, my dream team central defence, and Max Lowe makes his top flight debut at left-back. Otherwise we’re unchanged.

The Evertonians are obviously superior to us on paper, but it’s the sort of unspoken secret everyone knows that their spark comes from Andre Gomes. I’ve signed him for my teams in previous games, back when he was a perma-listed Barcelona midfielder. My feeling about him was that he was a good player, a hell of a passer with a tendency to showboat, all round your classic entertainer. But I could never rely on him, so he was essentially a cheap addition – because Barca never wanted a lot for him, which should have said a lot – who became a casualty further down the line once I could really begin to reshape my squad. Richarlison and Sigurdsson are obvious further threats, the former being played out of position as the team’s short of a right wing specialist and Gylfi is preferred on the left. In any event, the key to this one is that we must keep Gomes quiet. Stopping him becomes the main brief for Chirivella. Do that and we may just survive this, and what’s more you’ll be a man, my son. 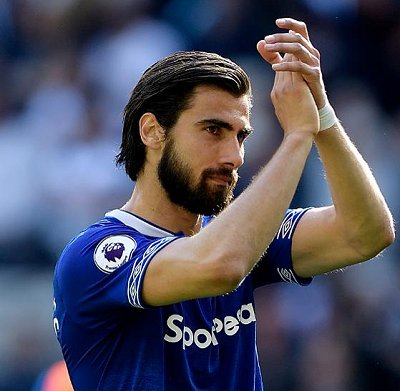 Kipling quotes won’t save us. Goals will, and we’re ahead as early as the second minute. Hughes fields a long pass out wide to the right, where it looks as though Digne will harmlessly collect it, however the full-back fluffs his lines and the miscontrolled ball falls to Hlozek. The young Czech races forward, entirely unmarked as Digne is still stumbling over his error. Before Mina can reach him Hlozek has rifled a placed shot beyond Pickford and into the bottom corner to put us on top. We’re so happy, and Everton so shell-shocked, that we make it 2-0 five minutes later. Weirdly, Digne is the culprit again. Bogle is in possession outside the box, the culmination of a sustained attacking move that’s pulling defenders here and there, and Lucas just needs to stop him. Despite his block tackle our man still has it and picks out Hughes just outside the box. He sends an aerial ball into the danger area, which is met crisply by Hernandez‘s head from point-blank range for our second. A thoroughly professional goal. We can’t believe how easy it is.

A good team would pull themselves back into it at this point – who do Derby think they are… Plenty of time left on the clock, let’s get our collective shit together and then let’s get ’em… That’s broadly what I’m expecting to happen now. It’s far too early to even think of changing our approach to the match. Whatever we’re doing is working and I’d be an idiot to mess around with it. And they do start nosing ahead in terms of scoring opportunities. Macias is a quick  and tricky forward with an excellent shot, but he’s also new to these shores and hasn’t quite synced with his side yet. Montipo’s good at just getting himself in the right places at the right time, but we owe the most to our centre-backs who ensure the Mexican has a quiet showing. Bogle’s having a great game, keeping Sigurdsson in his pocket on the left. All the Icelander has to show for his efforts is a booking at half-time. Digne has also seen yellow before the break, his frustration mounting, as the referee sprays cards around liberally, a result of the home team responding to their troubles with petulant behaviour.

It’s still 2-0 in the 70th minute, indeed nothing seems to be putting a dent in our lead. We play to our strengths, soaking up the pressure and trying to keep the ball as often as possible, passing them to death. Only Lookman has been having an ordinary game, and he’s replaced early in the second by Smith Rowe. On the whole we’re titanic. Hlozek’s pace can cause any side problems. The old adage, that defenders don’t like players who are confident enough to run quickly at them whilst on the ball, remains true here, where the winger forces Toffees players into making mistakes and getting booked. And then it happens. Digne is sent off for a second yellow, the culmination of ill-tempered and persistent fouling, and we know at this moment that the points are ours. No need to adopt a more attacking mentality. We don’t have to press our advantage; instead we just keep doing what we’ve been doing so far, swapping out tired legs and even having the luxury of bringing Will Hughes off ten minutes before the final whistle in order to give him a break and Stendera some time in the line-up.

The post-match statistics show that Everton just about shaded the shot count. Neither of us had a clear chance, and we did for them with possession and more incisive shooting – we took our opportunities. Andre Gomes has had a decent game, but the attentions of Chirivella have limited his effectiveness. Rarely did he have any openings to put his foot on the game. At every turn the Spaniard was there to get in his face. He earns the match ball for his efforts.

For my part I could barely be happier. Two outings, both resulting in clean sheets. We’re sixth in the table. The Sky coverage has the presenters conveying pleasure at witnessing a genuine turn-up – they, like most viewers, were expecting a straightforward home win to go with their cheeky school night beer bottle; instead they have a good news story about which to talk, and they even don’t have to bang on about Lord Rooney. Bogle, Hlozek, Hernandez and Hughes – new names to get used to. Bielik and McKenna being heroic at the back. Chirivella – so tenacious. The good times won’t last forever. We’re away again at the weekend, this time to West Ham, but for now we can bask in getting three priceless points on our travels.