Before preparing for the new season, I figured it would be handy to wrap up 2019/20 with details of who was honoured for their Derby performances, how the Championship playoffs ended and what took place in the division we are soon going to think of as our new home…

Largely as expected, Lewis Baker was named our Player of the Year. He won 71% of the popular vote, an overwhelming margin ahead of Max Lowe (11%) and Bakery Jatta (10%). I largely agree with the verdict, though I should like to have seen Krystian Bielik perhaps get more recognition for a superb year’s work. 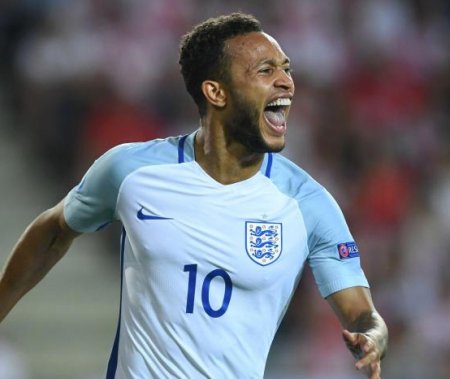 Lewis also won for Signing of the Season, while Pedro Chirivella claimed the Young Player award. A really competitive field this, the Spaniard up against the likes of Jatta, Bogle and Bielik. To celebrate, and to fend off the possibility of letting him slip through our fingers, I’ve negotiated a transfer for Pedro. He’ll cost us £750,000, and while you are right to note that we may have got him for free at the end of his contract the queue of clubs lining up for him terrified me into getting it over the line early.

Tom Lawrence scored the Goal of the Season, for his long shot against Barnsley in October. I would upload it to YouTube, but the Google sign-in error is prohibiting me from sharing the goodness of his volley – the first in that game was pretty special also, a cheeky lob from Max Lowe. Oh well.

Football 365 described our season as ‘[one] of unlikely yet jubilant success for the Rams, who consistently defied the odds from the outset, and were eventually crowned champions.’ I see nothing to argue with here.

Here’s the Championship Team of the Season, featuring a good representation from the Rams. I’m a little surprised that only Max Lowe figures for us in defence, no doubt a reflection of the scale of rotation I instigated among the centre-backs, however it’s really pleasing to see Jack Marriott make it. The little forward impressed me towards the end of the campaign, not so much his strike rate but rather his ability to hold up the ball and play a complete forward’s role in finding his team-mates in dangerous positions. 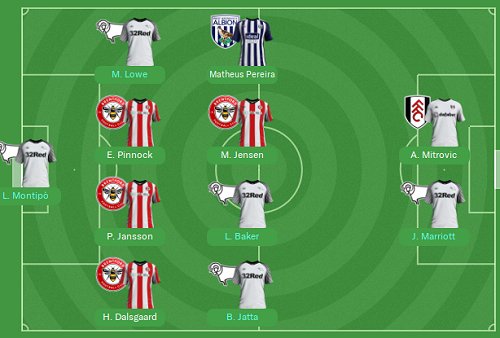 As you might expect, the club’s aim is for us to bravely fight against relegation in 2020/21. There’s an onus on me to work within the wage budget, which is fair enough, and to develop the best youth system in the country. The latter I think is ambitious, and I hope the board will play their part by investing in facilities and the Academy in helping to realise this dream. Additionally I’m asked to play high-tempo pressing football, and to refrain from signing players who are over 30.

I am given the opportunity to decide where Derby’s summer training camp will be held. The choices are limited. Whereas I’d plump for the States, there’s no option outside of Europe and I can even pick the East Midlands if I want to, which I don’t. In the end I go with the Algarve, because the aim of any good manager is to work on his Clayton Blackmore style tan, isn’t it?

My personal aim for this season was initially to equal the sixth place that Frank Lampard achieved in 2019, thereby entering the playoffs. As we now know I buggered that up, and in most ways I’m happy to have avoided the hell of playing more matches whilst everyone else is already off on their holidays. My memories of games involving playoffs are invariably of sailing through the semi-final and cocking up the final, in part as a consequence of the most important player in the side getting injured beforehand. For some reason that always happens, and it doesn’t matter what I do… I could personally wrap them up in cotton wool and cryo-freeze them ritually before the big game, and someone who’s crucial will still find a way to take an arrow in the knee. 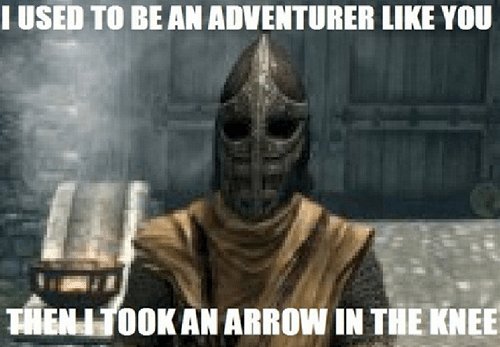 Still, not our problem this time. In the first semi Leeds are taking on Fulham, my two tips for automatic promotion. The latter are being made to rue choking at the last hurdle, while Leeds have no business being anywhere but in the top two and presumably this amounts to another success in the sparkling managerial record of Sam Allardyce. The first leg takes place at Elland Road. It’s a game of violence and casual thuggery, the ref showing six yellow cards and one red as the pair play out a largely exhausted contest. Helder Costa’s penalty puts the home team ahead early, but Ivan Cavaleiro equalises on the half-hour mark. Jean-Kevin Augustin finds a winner for Leeds, but before the end of the game they’re down to ten men, Kalvin Phillips having been dismissed for a second yellow. Without their best player the Yorkshire side are broken and go down 4-0 in the return leg at Craven Cottage. Arter, Mawson, Mitrovic and Bryan all score as Leeds are simply brushed aside, living up to their traditional role of chokers when it really matters.

The other half of the draw pits fourth placed Reading against Middlesbrough. Two sides that have vastly over-achieved in reaching these heights and in turn cast the more fancied likes of West Brom and Cardiff to another season of second-tier football. The Riverside Stadium hosts the first leg, a shock 3-0 win for the home team whose three scorers – Patrick Roberts, Lukas Nmecha, Luke Berry – are all loanees. Roberts, the City player who marauds from the right wing has been their big star all season, ending memories of Adama Traore and at times single-handedly drives Boro forward. Back at the Madesjski Yakou Meite heads in Pele’s free kick to set up an interesting contest, but then Danny Loader is red carded for a horror movie tackle on Djed Spence and all the visitors need to do from there is hold Reading at arm’s length. Boro’s 3-1 aggregate win sets up a showpiece at Wembley against Fulham.

The final is as disciplined and cagey as you’d expect with so much on the line. It’s settled by a single goal, almost predictably from Roberts who’s very much on our radar now as the game’s outstanding player. Boro are stunned to have won 1-0. Like us they were expected to do little this season, so to find themselves in the Premier League is an enormous achievement, indeed I would argue all three promoted sides have bucked the odds against more fancied favourites.

The Premier League and Cup Competitions

The critical match in deciding this year’s winner takes place at the Etihad, a catch-up game between the Manchester giants. Despite Ederson getting himself removed from the field in the first minute, suffering a knee injury after some industrial attentions from Paul Pogba, the home team are good for a 3-0 romp, and sail to the title. Man of the Match Aguero is scintillating, De Gea awful, as the Blues clinch their third consecutive title with a more modest 84 points. Their main rivals, Chelsea, finish a point behind when they win on the last day and City suffer a meaningless defeat. United and Liverpool make up the top four. At the other end Watford are bottom all season and go down on 30 points. Crystal Palace and Wolves join them as surprising relegated outfits, the latter disappointing throughout – the appointment of Bielsa makes no difference to their fortunes.

Brighton knocked us out of the FA Cup, and then raised their game for a thrilling victory over Arsenal in the quarter-final. Liverpool are next, something of a reckoning for the Seagulls as they are done 6-3. Gross and Duffy put them ahead, but then the usual suspects start turning the screw, Salah laying on a masterclass with his goal and three assists. The Pool will take on Chelsea, who did for Leicester in their semi-final. At Wembley, the Scousers run riot, producing chance after chance, Andy Robertson especially enterprising and forcing Reece James to play the performance of his life in limiting his attacking spark. It’s decided on a penalty kick. Salah is the scorer as Liverpool prevail. 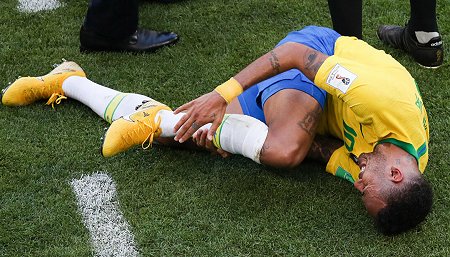 The Premier League champions add the European Cup to their roll of honours. City beat Paris Saint-Germain 2-1 in a superb final played in Istanbul, the contest going to extra-time as Morelos and Laporte’s strikes cancel each other out. Gundogan finds an eventual winner, while PSG succumb to injuries with Di Maria and Neymar both forced off their field of play. The latter suffers a foot injury, a comedy of errors as no one believes there’s anything wrong with him for several minutes. The Europa League is decided by penalties, Sevilla prevailing over Real Madrid at the end of a tense 1-1 where Oliver and Hazard’s strikes prove indecisive.

Back at Pride Park, I dream of European nights while the players are all enjoying themselves in Dubai. When we return not all of them will still be Rams, and an early transfer has already been arranged after I’ve fallen out with Alex Milosevic. The Swede is angry that I haven’t worked harder to improve the group of coaches. I argue that the group is better than it was, indeed it’s one of the Championship’s finest coaching set-ups, but he isn’t happy and the heated discussion ends with me agreeing to transfer-list him. Boro are looking to strengthen their ranks and see the difficult to please Swede as a piece of the jigsaw, paying £4.3 million for his contract. Personally I don’t think that’s bad business for someone we picked up for nothing at all, for me the least of our four centre-backs but someone who has given his career a shot in the arm with a year of top flight football.

He won’t be the last to go as I settle down to the thorny task of improving our ranks. A summer of Redknapp-style wheeling and dealing is in order, as I constantly check on who’s available, where the bargains are, adjusting the budgets, trying to achieve the delicate balance of adding to the ranks without rubbing out the spirit of what’s got us to where we are…