As always the international break represents a unique opportunity for my players to get themselves injured. Tom Huddlestone leads the charge with a twisted ankle, which is worth up to a month’s lay-off. This could have come at a better time. The Derby veteran may be far from a regular starter for us, but he’s useful to have around and when we are in need of someone composed to come on, take control and put his foot on the game there are few better. Next up is Matt Phillips, the on-loan winger who we lose for two to three weeks with pulled knee ligaments. Ouch! His absence gives me pause to think about his Derby future. Matt was drafted in to see how he could play before potentially making a permanent transfer offer for him – he’d cost somewhere between £2.1 and £3 million to sign. The idea is to ascertain how well he can challenge Jatta for the starter’s role; so far he’s well off the level at which the German is producing.

Krystian Bielik gets his first cap for Poland, playing throughout their 5-0 friendly win over mighty Liechtenstein. It was always a winnable tie and all the centre-back needs to do is be composed, but he does it well and earns credit for his performance, and partly as a consequence his value as a player has risen to £9 million. Bielik then scores in the follow-up against Estonia, taking the opportunity to make himself essential to the national cause.

As we enter April I learn I have been named Manager of the Month for my work in March; it’s my first personal award. The board are delighted with me, and I really hope the good feeling can continue as we enter a season-defining group of fixtures. I take the time to watch the midweek match involving Nottingham Forest, our opposition on Saturday. They play a plodding 0-0 at home against Bristol City, which is encouraging, especially the missing in action turn put in by star man Jota. Our rivals are in 14th place, on 50 points and going nowhere quickly. Their one scrap of hope to cling to was their status as the last non-Premier League in the FA Cup, an admirable run that took them all the way to the quarter final before Leicester City dumped them out. As for our vanquishers Brighton, they saw off Arsenal after an exciting 4-3 victory that lasted into extra-time. They have Liverpool next, a daunting prospect for any team. 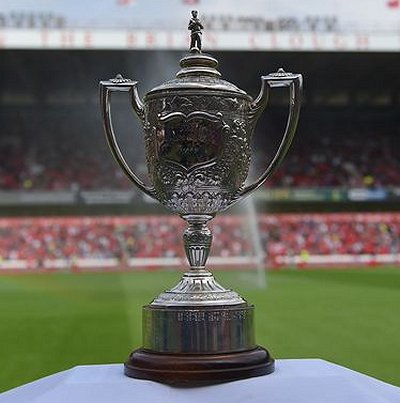 We go into the game needing a win, and knowing if we do that we’ve guaranteed a playoff position. Under normal circumstances a challenge like this should be utterly straightforward – the opposition’s going nowhere and has every right to be playing out their commitments on auto-pilot – but it’s Forest, our main rivals, and the chance to reclaim the Brian Clough Trophy is on the line.

At half-time it’s 1-0 to us. The goal, a Matt Clarke header from Lewis Baker’s corner that comes straight from endless set-piece training routines, is a fair reflection of the overall action. Forest need to be respected. Their players are much better than the league position they’re in suggests, and Chris Hughton is a positive appointment as manager, however beyond the bluster there seems little about them to fear. In the end the threat of possible reprisals from the visitors never materialises. Maybe it’s the fact they had to play that extra fixture, but they wilt as the match progresses. We’re happy to keep possession, just stop them from doing anything by starving them of the ball, and it stands as a professional job.

In reality we should probably have produced better than a 1-0 victory. I’m always tense when it’s so close, but when we look back at the course of the term it won’t matter. The game will be a footnote and it’s the points that count. And the trophy…

Afterwards I’m asked about Pedro Chirivella and repeat my assertion that I would love to make a permanent acquisition of him. Jurgen Klopp weighs in next, saying the player isn’t for sale, and I’m like my god, Jurgen Klopp’s talked about me! His dazzling smile… There’s now a queue of seventeen clubs showing an interest in the player. The media speculation is that he’s most likely to opt for a return to Spain, with Celta Vigo the obvious next step, so it’s on us to transform Pride Park into the Chirivella Fan Club, remember his birthday with a lovely cake and try to force/compel him to think of this place as the home away from home that he never realised he really needed.

We all know the true message of Easter, don’t we, that it’s about stuffing in as much football as possible. We have matches on Good Friday and Easter Monday, two crunch ties in the run-in. The first is away to West Bromwich Albion, a team I tipped heavily for promotion but have perhaps not developed into the sum of their parts. They’ve hovered in and out of the playoff picture throughout the campaign, whereas I expected them to be pushing for the automatic positions. Matheus Pereira has been good on the right wing, whilst on the left Kamil Grosicki is the side’s leading goalscorer but has failed to settle in the area, and his performances have suffered as a result.

Personally I’d be happy with a draw at the Hawthorns. The Baggies beat us at home earlier in the season, back when I was still finding my feet, so anything we get here will represent an improvement. The first half is cagey and largely devoid of excitement. The home team try to entertain by actually taking the game to us and promising a decent level of competition, but in attack they struggle to get the breakthrough, a combination of lacklustre shooting and Montipo being able to deal with everything. 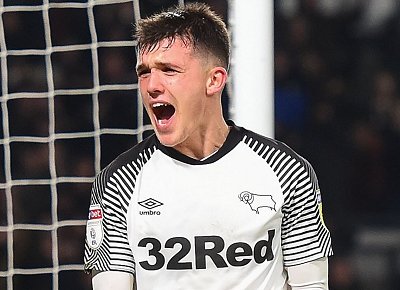 It all explodes in the second half. Bogle and Jatta are given far too much space on the right and spark a move that culminates with the latter’s cross into the middle, where Marriott slips the attentions of Gibbs and Bartley to shoot past Johnstone. Shortly after, we build similarly effectively on the left. Full-back Furlong is carrying an injury and can’t deal with Lowe and Waghorn. The latter picks out Jatta who climbs above the defenders to head home. With the Baggies attacking more desperately and leaving gaps, giving me the luxury of bringing on fresh legs, a foray late in the game opens a hole in the defence for Jason Knight to fire in one of his long shots. It’s 3-0, a superb scoreline at a place where I would have been grateful with 0-0.

Charlton and Millwall‘s relegations are confirmed. At the table’s other end we have opened a nine point gap to third place, with four fixtures remaining. We can’t finish lower than fourth, but naturally anything less than automatic promotion would now be viewed as failure. It’d take a collapse of epic proportions to screw it up. We’re as capable as anyone of producing one, yet the mood in the camp is excellent. The players support me, have developed into a team really well, and are generating an atmosphere of high spirits.

We have Brentford at Pride Park on Easter Monday. First versus second – who could have predicted such a predicament earlier in the season? I hold a team talk beforehand, trying to downplay the importance of the fixture and instead urging the players to treat it as they would a normal game, which appears to go down well. I know I couldn’t take this approach if I was in charge of Manchester United, where ambition – ought to! – ooze from every pore. Because West Brom was a couple of days ago I make sweeping changes to the line-up. For me, a relatively fresh side is better than knackered players, and hopefully our superior fitness will be a factor.

It isn’t. During the first half we have our backs against the wall, the visitors pressing hard as I suppose they must – after all, we’re in the driving seat here. Even an in-form Olly Watkins isn’t so much of a challenge for my defenders, but their pressure reaps results in the end when they win a free kick and the striker’s lofted ball is headed in by defender Henrik Dalsgaard. For our part, Troy Parrott – who’s on for Marriott – has one tame strike that’s easily saved by David Raya, before going off injured. It turns out to be a broken foot that will keep him out of action until August, and that wins him an instant return to Tottenham. It seems a somewhat ignoble way for someone who’s played a lot of matches here to end his time, but that’s football, and at least he leaves on a relative high. Whatever criticism he’s endured for the lack of goals, he’s been part of the effort that has got us to the verge of promotion and for that he deserves some gratitude. Apparently I’m one of his favoured personnel, which is nice to hear, though I’m not sure the love of a goal-shy striker really counts for very much in the final analysis.

Meanwhile we’ve a match to save. There’s nothing for it but to tell the players off at half-time. Nerves or not, title on the line or whatever, I don’t think we’ve got any excuses for the way Brentford have bullied us. Knight (a poor game) and Phillips (not good on his return from injury; also he played a lazy back pass that nearly led to a second goal) come off for Baker and Jatta respectively. we respond in the best way, by forcing our way back into the reckoning and pushing for an equaliser. For long passages there’s nothing doing. Little goes right for us – headers sail over the bar and forays into the penalty area are broken up. But when Baptiste bowls Marriott over from behind in the box, it’s the clearest shout for a spot-kick that the referee will ever have the pleasure of making. Rooney is up to take it. He’s had two chances beforehand in the campaign and scored from one of them, so it’s a wayward record for someone who’s so revered. And yet in this situation, within a tie of some significance and nerves of steel required, who else would you choose to take it? Lord Rooney doesn’t blow it. Raya dives one way. He shoots the other, and it’s 1-1.

I’ll take a draw here any time, which is what we end up claiming. Fine – there are still three matches to play and a hat-trick of opportunities left to produce the goods, and that’s if Brentford and Fulham win all their remaining fixtures. We need to wait until the following evening to see if the latter give us a backdoor promotion, but they wind up beating Cardiff 1-0 to keep the pressure up. Boro are on 78 points in fourth place, so it’s between the three of us now.