I confess that the title of today’s piece is a pretty big spoiler alert for the result of our FA Cup tie, but honestly did anyone think we would get very much further?

March opens with our Fifth Round meeting with Brighton and Hove Albion, played before over 30,000 supporters at the evocatively named American Express Community Stadium. In terms of league placing there are only about five positions between our teams. We’re near the top of the Championship and the Seagulls are fighting against relegation from the Premier League. Despite this apparent narrowness I think it’s fair to picture the gap between the two divisions as akin to a yawning chasm. There’s a reason I’m reticent about us getting promoted so early, which is because we would struggle to cope without, at a bare minimum, replacing most of the players with new ones and upsetting any natural structure and balance that has been carefully constructed. 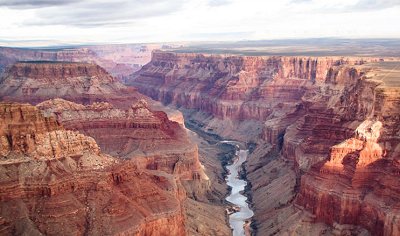 As I now appreciate, going up is a distinct possibility for us. My view is that if it happens then if happens, and we have to deal with it as best we can. It’s hardly a terrible thing to undergo, is it? And look at the opposition, an unfancied side that has somehow prevailed at this level for several years, steadily becoming a top flight outfit even though their size and limited ability to attract good players means they will always have an eye over their shoulder. All I’m saying is that it will be a big culture shock if it’s what becomes of us, but what a grand adventure it could be.

As for the match, we try to keep as close an eye as possible on Pascal Gross, Brighton’s 28 year old German attacking midfielder and someone who we rather conceitedly have scouted in the past with a view to possibly signing him. By all accounts Gross’s club don’t want to sell him (go figure…), and while we can do all the marking in the world if he takes a free kick then we are unable to stop it from being razor-sharp accurate, nor can we complain about Ezequiel Schelotto heading in from close range, a move that’s obviously been worked upon to death and against which we have no answer. Try as we might, and our effort is creditable to me, breaking them down is difficult and our chances are few. The tie finishes 1-0. Montipo is awarded the match ball, which says a lot about where the decisive battles took place.

Brighton’s reward is a home fixture for the quarter-final, in which they will host Arsenal. We get to concentrate on league matters, not as much of a consolation as you might think. At board level, Mr Morris announces that he’s cancelling the club takeover bid. It seems everything is taking too long and he’s had quite enough of the uncertainty, which at least makes us all clear about where we stand for now.

I shuffle the pack again for the visit of Blackburn Rovers at the weekend. Tom Lawrence is exhausted, a side-effect of his slow return to match fitness from injury, and I start with Morgan Whittaker on the left wing. Martyn Waghorn is tried in the striker’s position from the outset. The parlous return of goals from Parrott and Marriott is a huge problem. I appreciate that playing one outright forward is a gamble; at the very least it encourages opposing defences to simply mark him out of the game. But our attacking forays are supposed to involve five players pushing ahead – the striker should still be having opportunities and neither is taking them, so I’m trying this instead.

The Rovers beat us at Ewood Park earlier in the term. They’ve remained in the top ten throughout the season, hovering teasingly just outside the playoff positions so there’s clearly some quality within their ranks and we have to respect them. All the same we ought to have enough in the tank to win here, and the supporters feel the same way, producing close to a capacity attendance at Pride Park. It’s great to see this place when it’s a cauldron of noise, the anticipation bearing down on us. And yet the first half shows just why the visitors are where they are in the table. Their actual ability is limited but they know how to press, minimising space and time whenever we have the ball and exploiting our nerves by robbing us of possession at every opportunity. It’s impossible to develop any sense of fluidity, my hope for a patient passing game in ruins as they fight for everything. In the 23rd minute we get what’s coming to us when a routine long ball punted forward by Armstrong is collected by Dack, who beats the offside trap and forces Montipo into making a clumsy early dive before slotting home, calm as you like.

The downside of Blackburn’s approach is that it’s energy sapping. No one outside the current Liverpool set-up can keep up this level for very long, and once they have the lead they swap to playing very deep, protecting their advantage. It doesn’t work. We start to cut deep into their half, and a passing move that involves Phillips, Rooney and Shinnie eventually finds Waghorn just inside the box. Surrounded by defenders he finds Whittaker, who rifles off a shot that beats Walton and gives the young winger his first ever goal for the side. Lovely stuff. We now pass and move Blackburn into submission. They’re increasingly laboured, unable to put in the challenges and close attention that produced the goods for them earlier. With time to probe, look for openings, tease and stretch the Rovers defence, we end up leaving it until the last ten minutes to get a winner. The goal comes from Tom Huddlestone, on for Shinnie and selected specifically because he can pass a ball and has the experience to not get rattled under pressure. His is a strike from distance, the culmination of another long passage where we look to prise the opposition players open and he has the time to place his effort. It’s his first league goal of the season, and it couldn’t come at a better moment. 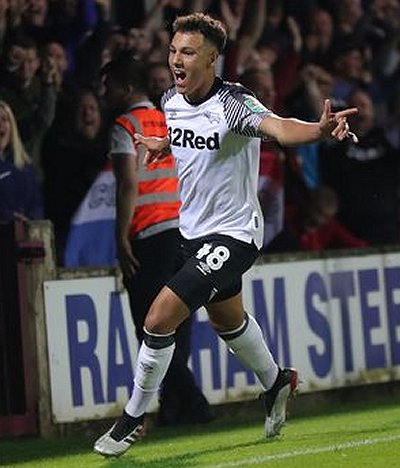 At the weekend we’re down in the Smoke for an away tie at Millwall. The presence of a managerial guru like Martin O’Neill has done little for the Lions, who are 23rd in the table and increasingly adrift, a clear 13 points distant from the safety margin. It’s been a wretched return for them, though they were expected to do little better than where they are currently. As for Derby, I sense a banana skin here and am highly tempted to take a cautious approach. This however would be to invite trouble; Millwall are beatable, prosaic and at the back rather porous. They’re old also. It’s a source of pride for me that the average player age at Pride Park is 24.62, despite the presence of greybeards like Carson, Huddlestone and Lord Rooney within the ranks. We’re the third youngest team in the competition; Millwall in contrast have one of the oldest squads, which suggests good levels of experience but also gives the impression they will tire over the course of matches.

After weathering some early pressure we go ahead midway through the first half. Rooney picks out Lowe, racing down the left flank, and his cross for Jatta’s headed opener is a move plucked straight from training exercises. It’s heroic stuff from the full-back, who picks up a knock early and yet sees out the game with his typical elan; afterwards he’s diagnosed with a pulled hamstring that will remove him for two weeks. We then win a penalty once Cooper bundles Jatta over close to their goalmouth. It’s a cheap one to give away as the winger wasn’t in an especially threatening position, but Rooney uses all his guile to send Steele diving to the right as he plants a cool finish in the left corner of the net.

In the second half Millwall pull one back through Icelandic forward Bodvarsson, a very simple headed goal from Ferguson’s corner that (i) we almost certainly should have defended better (ii) was destined for the net via the sheer law of averages. We’ve been good at defending set-pieces, but you’re never going to win them all, are you? In any event, we restore our advantage within minutes, almost taking the piss with an identical goal when Whittaker heads in Baker’s floated ball from the corner flag.

I think 3-1 is a very fine return for our efforts. Sometimes it’s pleasing to expect a victory based on the comparison of the teams involved, and to get the win exactly as planned for. This does nothing for the home side, obviously, even more in the soup after losing here and with only Charlton’s still poorer record to cushion the blow of their almost certain relegation.

For us it’s another great job from Chirivella, very composed and authoritative in defensive midfield. After the match I tell the press I would love to sign him permanently, a statement the player reacts to very positively. According to the coaches he wants to commit his future to he club, which is fantastic, and I hope this good feeling continues as a growing list of teams is interested in signing him. Saint Etienne are the favourites, unsurprising as they can offer him not only top flight football but the promise of European competitions on the side.

But hold on Pedro – it isn’t the end of the month, but here’s the top of the table as it stands:

There’s a four-point drop below Reading, with Leeds falling out of the playoff positions altogether. Dare we dream? Eight matches remain. And now we need to hold our nerve and prepare for the final push. I’ve said all along that I hope we don’t get promoted, but now here we are and I’m inclined to modify that statement because, after all, it would be wonderful, wouldn’t it?