I was asked in the comments (I get comments now) about how I go about scouting players, particularly in reference to the number of dudes I have tapped up to join us on free transfers in the summer. At the risk of losing any respect from the blog’s reader(s) I will confess that I use the Player Search facility in Football Manager as a matter of course. I know to some people that this almost constitutes cheating the game, that I should rely on scouting reports alone, and perhaps if I was managing in the lower leagues I would do just that.

My justification is it would be easy enough for any manager to learn which players have contracts that are being wound down, and to then ask the scouts to assess the worth of those individuals. I then work the rest out for myself. How has the player performed this season? What does the scouting report say – would the player settle in well? Does he have the sort of mentality I am trying to develop across the squad, which is a determined one? Finally, how is the player rated across the various available attributes? At this point I refer to the Marc Vaughan Hints and Tips Guide. No, I’m not joking. The ‘Vaughan’ has been the Bible to me for about as long as I’ve been playing the game. 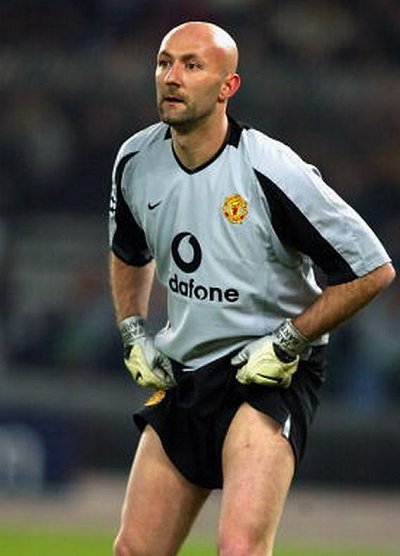 I understand that Marc still works for Sports Interactive, mainly with the handheld version of the game these days, but way back in the mists of time, when I was first getting into the ridiculously immersive Championship Manager 3, I used the Hints and Tips guide to help me come to terms with the blizzard of detail that was being thrown at me on every screen. It wasn’t a crib, or a cheat sheet, more a helping hand to acclimatise myself to the game. The key section for me was the suggested attributes I should check when looking at whether to sign players. For instance, where goalkeepers are concerned I ought to be checking on their Handling, Reflexes, Jumping Reach and Communication. And that’s what I’ve done ever since then. Lorenzo Montipo was signed because he was rated as at least ’10’ in each of these categories, and I also ensured his Eccentricity level was relatively low. No one wants to be in charge of the new Fabien Barthez, do they, or at least his tendency towards silliness without the accompanying ability.

We all have our ways of approaching the game, the things we do to customise it to our needs, and this is mine. I suppose you could argue that this isn’t how real life managers would do it, that in reality they can’t just interrogate an enormous database with all the information and statistics on tap (unless they can), but to me FM is a simulation and a game. Ultimately, even using my method there are no guarantees that each and every new signing will work out. There are still intangibles at play that are shielded to me until I have that guy in my grasp, just as there are for any manager. It’s here that I use the most important resource at my disposal, which is my brain. Knowing what I do about the game, and of players, bringing what I guess by now is an ill-gotten vast experience of football management, I try and make a judgement call on whether it will work. And I don’t always get it right. Not even close.

I’m reminded here of the time when Boro signed Afonso Alves for £12.5 million in 2008, a transfer record until we coughed up £15 million for Britt Assombalonga nearly a decade later. It seemed the most no-brainer of splurges. At Heerenveen the Brazilian achieved an incredible goal scoring rate of better than one per game (45 in 39 appearances, according to his Wiki page). What could possibly go wrong? Well, there was perhaps a warning sign in the fact he had never played for the bigger clubs, and that he wasn’t even on their radars – what did that say about him? After a decent second half to the 2017/18 season he scored four goals across the following campaign, a personal nightmare and also one for the team as he failed to produce any kind of the mental strength he would require to prevail in the Premier League. When we needed someone with the self-belief of Di Canio or Viduka, the innate sense that they would do the business when it mattered, what we instead had was a shrinking wallflower, someone who couldn’t take the pressure, which of course was on him for the entire year. What a terrible bit of business, almost certainly the worst we have produced in recent years and there have been plenty of stinkers along the way… 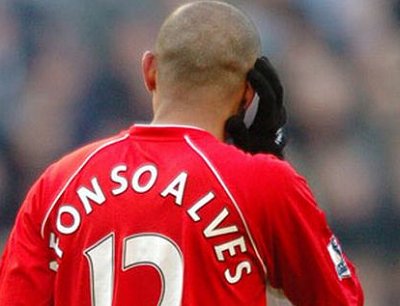 I don’t think a version of the Hints and Tips has been put together for a while now. To me it always felt like a nice bridge between playing the game from scratch and learning how it worked, to spending all my time reading those interminable lists of great players on the community websites. I have uploaded the document that accompanied FM 2005 on to the site – you can get it for yourself here. A caveat – the game has moved on in certain areas so bits of this document will be somewhat out of date; however the fundamentals – as in football itself – never really change, so you will hopefully find something useful, particularly if you are new to Football Manager and you’re quite naturally bewildered by all that information!

Back to then matter in hand, then. We will get a week’s break shortly, but before that there are two matches in quick succession. We start with a trip to Ashton Gate for Lee Johnson’s Bristol City. Despite being tipped as playoff outsiders Brizzle are stuck in mid-table and have been so all along. It’s a disappointing return from a side that on paper looks about as good as anything in the division, but we approach the fixture in good spirits. We’re in third place, confident, and everyone’s playing well enough that there seems to be genuine options from which to choose.

And obviously it’s at moments like these when football boots you up the arse. After a positive start where we test the resolve of their defence, the Robins spark off a series of attacks. In the 22nd minute, we think we have done enough to clear the ball, only for Korey Smith’s searching pass to find Austrian international Andreas Weinmann. Somehow unmarked after drifting in from the right, the striker finds a way beyond Montipo with a tight-angled pop that our keeper really should have done better dealing with. I demand passion and resolve from the players, and they respond with some good moves that test Daniel Bentley well enough, however as time progresses the greater the amount of space we are creating for them. In the 81st minute, we commit a howler when Clarke is dithering on the ball in defence. Famara Diedhiou plunders it from him, and makes no mistake when through on goal. To cap off a terrible evening’s work, Filip Benkovic makes it 3-0 when we yet again fail to deal with a clearance properly.

One of those fixtures to slink away from, tails collectively betwixt our legs, the sense of shame that comes with being so high in the table yet liable to take a licking along the way. What makes it worse is that for vast passages of play we were the better side. We commanded possession, passed well and tested the keeper more often. It’s where it counts that we let ourselves down. Matt Phillips can take all the shots in the world, but when only a third of them are on target then he needs to work out whether ‘having a go’ is the right option. 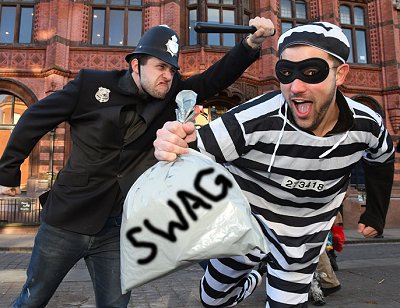 The history books might look back on this one as a case of Derby being robbed, yet there’s no point in ruminating on any sense of injustice we are carrying. It’s happened. We need to move on, in this case back to Pride Park and the visit of Huddersfield Town.

Shortly before this one the Terriers announce the sacking of Roberto Di Matteo. That’s two managers gone within a matter of months (Cowley was shown his cards in September), which even by Championship standards is quick work. That said they’re in 19th place, eight points off the bottom three and no doubt far from where they wished to be situated. As we hear of yet another managerial casualty (Forest sacking Sabri Lamouchi – oh no, what a shame, etc), the onus is on us to press our advantage and quickly return to winning ways, which we conspire to do in the second minute when Jayden Bogle scores. It’s a lovely goal from an unexpected source. Rooney launches the ball forward and finds the full-back who has space on his flank. With all the time in the world, Bogle gets into the area, beats his defender and rifles his shot into the net. I’m delighted. After some moaning Andre Wisdom has been getting the majority of game time recently, but Bogle’s the one I want to press ahead with and this has done nothing to change my mind. We make it 2-0 quarter on an hour later when Bielik heads in at point-blank range from Baker’s corner.

At this point the Huddersfield defence is at – reaches for book of cliches– sixes and sevens. It feels as though we can tease, prod and punish them at will, and we do exactly that, albeit without adding to our tally, while we are kept honest when Steve Mounie pulls one back for them deep in the second half. It’s a disappointing goal to concede, a move that starts from their goal-kick and is allowed to progress all the way to the other end with little of our usual pressing and harrying to trouble them.

But that’s as good as it gets for the visitors. We claim a 2-1 victory, a well deserved win to consign the Robins defeat into the annals, and one that keeps us in fourth place.